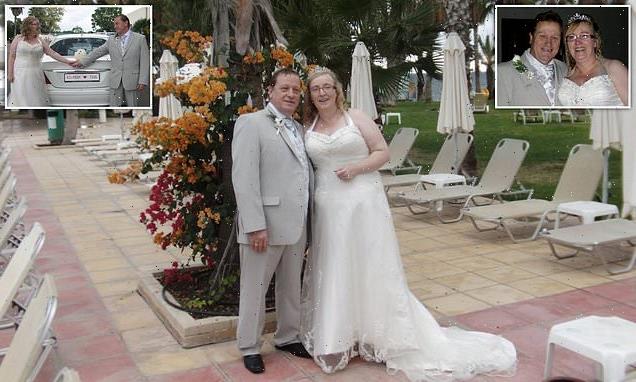 Heartbroken widow, 60, begs to be reunited with wedding dress after she accidentally donated it to charity

A heartbroken widow is pleading for help to find her wedding dress – after she accidentally donated it to charity.

Josie Smith, 60, meant to take a bag of pillows to the Oxfam charity bank at Sainsbury’s.

But instead the widow from North Wales took her £1,000 floor-length gown.

She wore the dress at her dream white wedding in Paphos, Cyprus, to say ‘I do’ to her fiance Leon Smith. 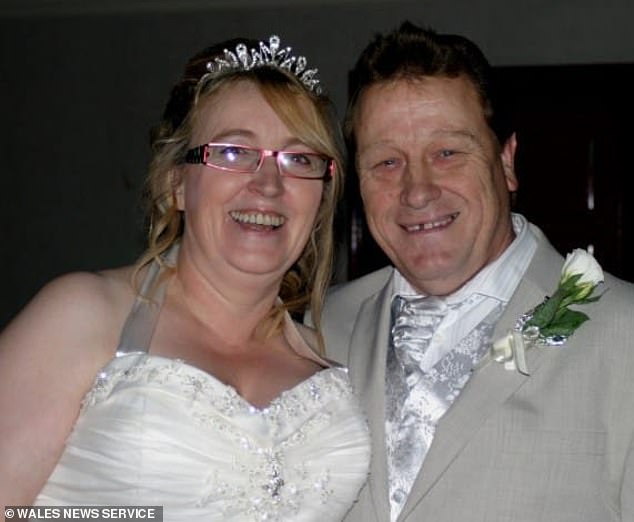 Josie Smith, 60, tied the knot to her fiance Leon Smith at her dream white wedding in Paphos in Cyprus 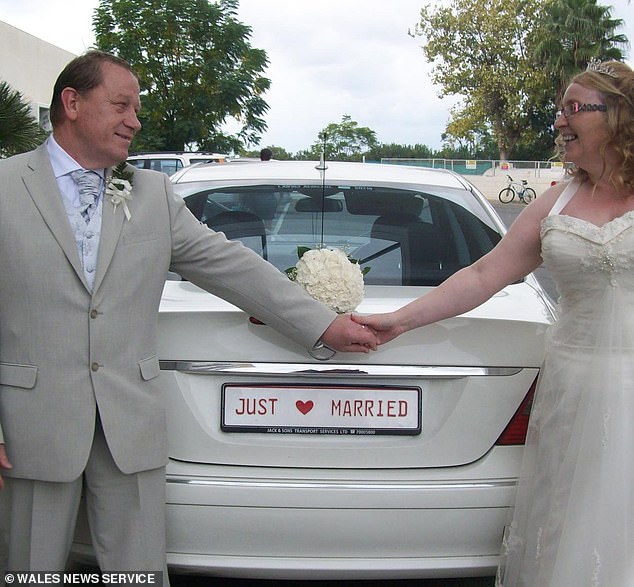 The blushing bride wore a £1,000 floor-length gown as she was joined by family to say ‘I do’ to her beloved partner

Mrs Smith, who was married ten years ago, said it was only weeks later that she decided to look in the remaining bag to discover the pillows were still there.

She said: ‘I’d been decluttering in January after New Year. I had two bags which were very similar.’

She contacted Oxfam who said it had been collected and could now be anywhere in the UK.

She added: ‘It is devastating to lose it.

‘The dress could have been recycled or it might have been sold on. I don’t have any way to find out where it is.’ 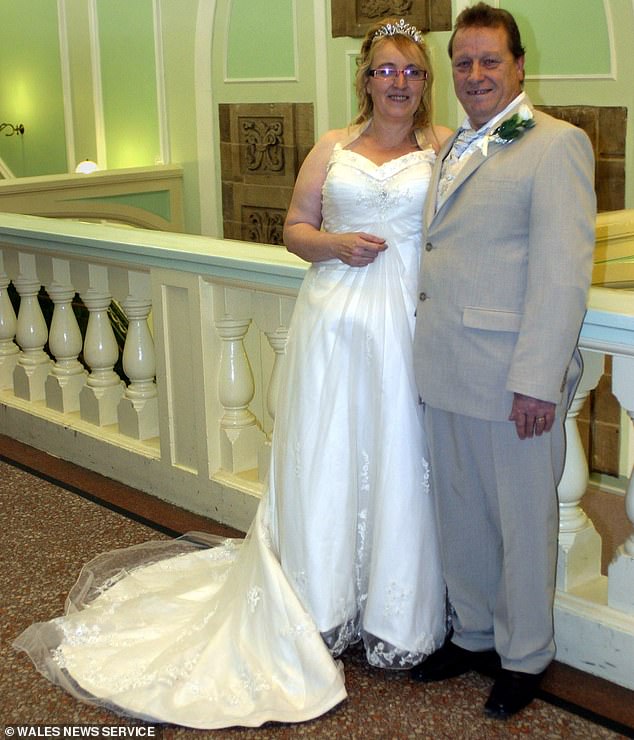 Mrs Smith, who is a homeless prevention senior support project worker for the Wallich charity, had bought her brand new wedding dress online.

She says it is a Josephine-type design – which she partly chose because that’s her name.

Alterations were made to the dress including a halter neck with a thick ribbon and a corset-style back.

She said: ‘A few weeks ago she thought that the bag contained pillows but she had accidentally pulled the wrong bag from under her bed and had taken the one containing her wedding dress.

‘My mums contacted Oxfam who have told her it could be anywhere in the U.K. and that they couldn’t help further. The dress is of huge sentimental value. Sadly we lost my step dad from brain cancer a few years ago and this is one of the few things she’s got left.

Lorna Fallon, Oxfam Director of Retail, said: ‘We’ll work with our clothes bank collectors to do our best to track it down.’