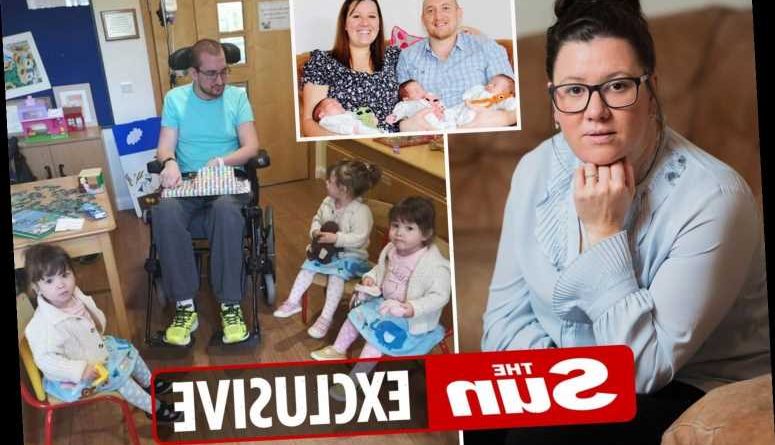 THE heartbroken wife of a cop left brain damaged in a horror smash says her husband has lost all his memories of their wedding day or the birth of their miracle triplets.

Matt Midwinter, 33, suffered life-changing injuries when his police car smashed into a truck turning on an A-road late at night. 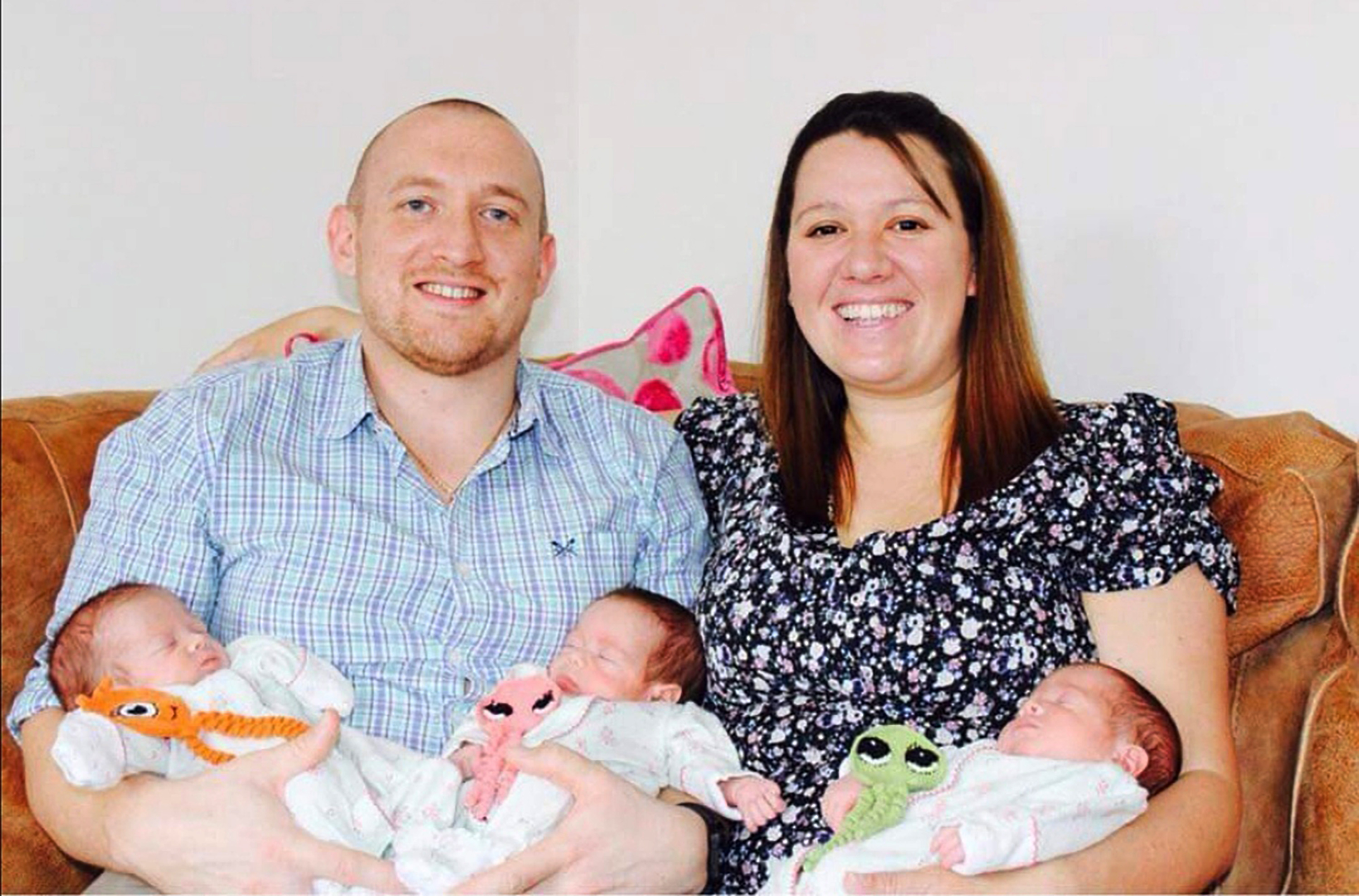 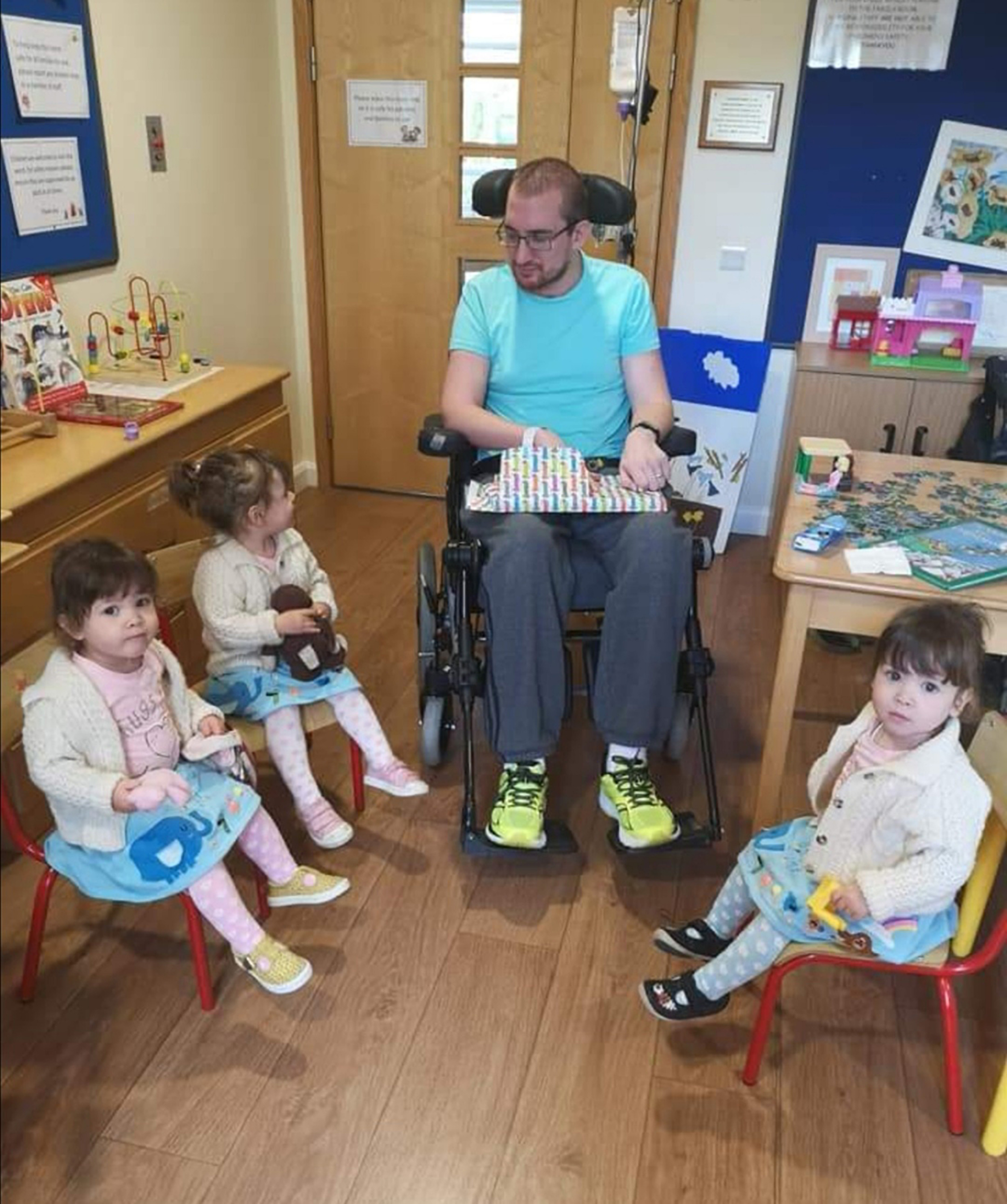 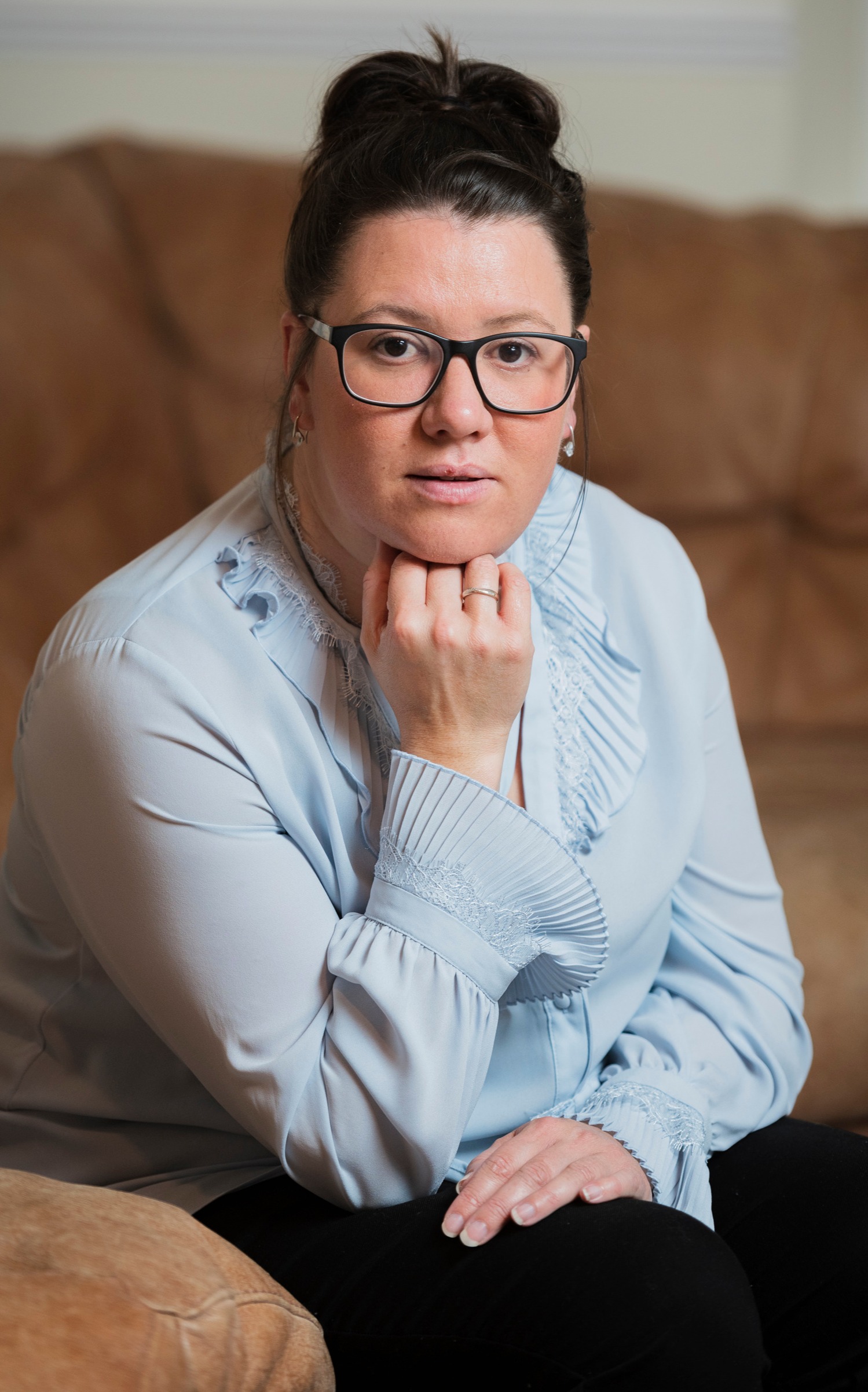 The dad was on his last night shift as a frontline officer – after deciding to take up a new role so he could spend more time with wife Claire and their toddler triplets Ella, Aria and Tamara.

The little girls, now three, had been born just 16 months earlier after a second round of IVF treatment.

However, Matt now requires round-the-clock care and must live apart from his family as a result of the horrific smash on the A4 in Reading, Berkshire.

Lorry driver Andrei Stan was jailed for three-and-a-half years for causing the crash.

Claire, 37, who also serves with her husband for Thames Valley Police, said the tragedy has left Matt without any recollection of key events from his life – including their wedding day in June 2016.

She said: “He has right frontal lobe damage to the brain which means that he has slow processing speeds. He struggles with making decisions and he has memory loss – short and long term.

“He needs 24-hour care, seven days a week, and that is likely to be lifelong."

She said the couple have been together for 11 years – but Matt remembers little of it.

“He has no memory of past events. He cannot remember our wedding day, our honeymoon, our children being born – it’s all gone from his memory," she said.

“He tries to remember but it makes him frustrated. It is torture for him not to be able to remember these massive events." 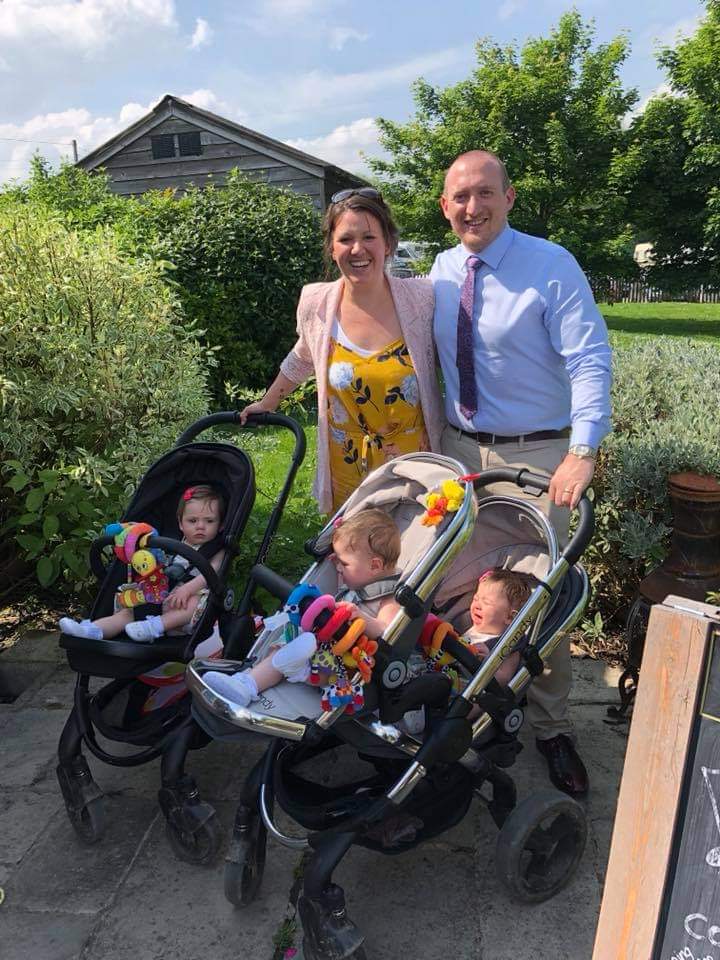 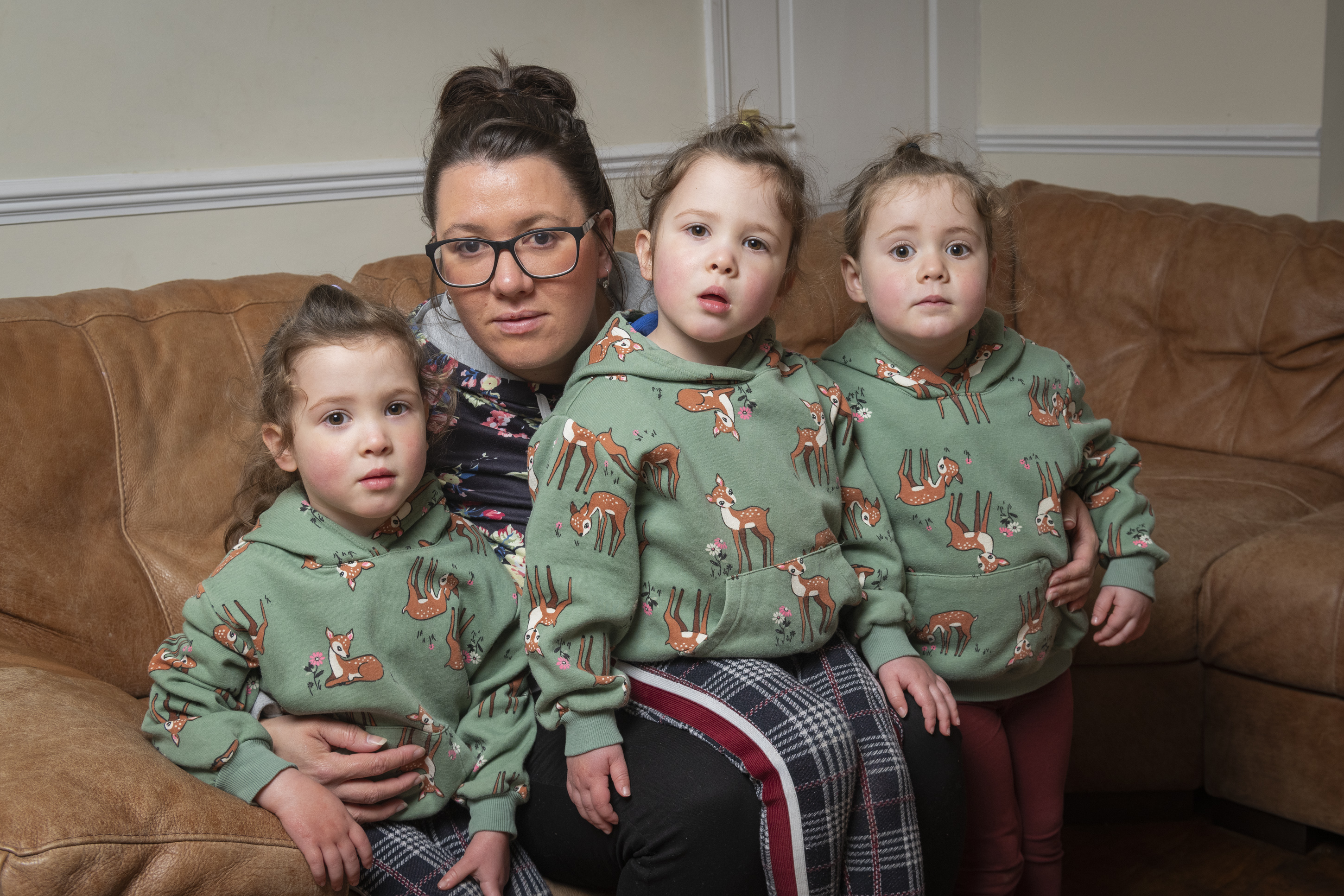 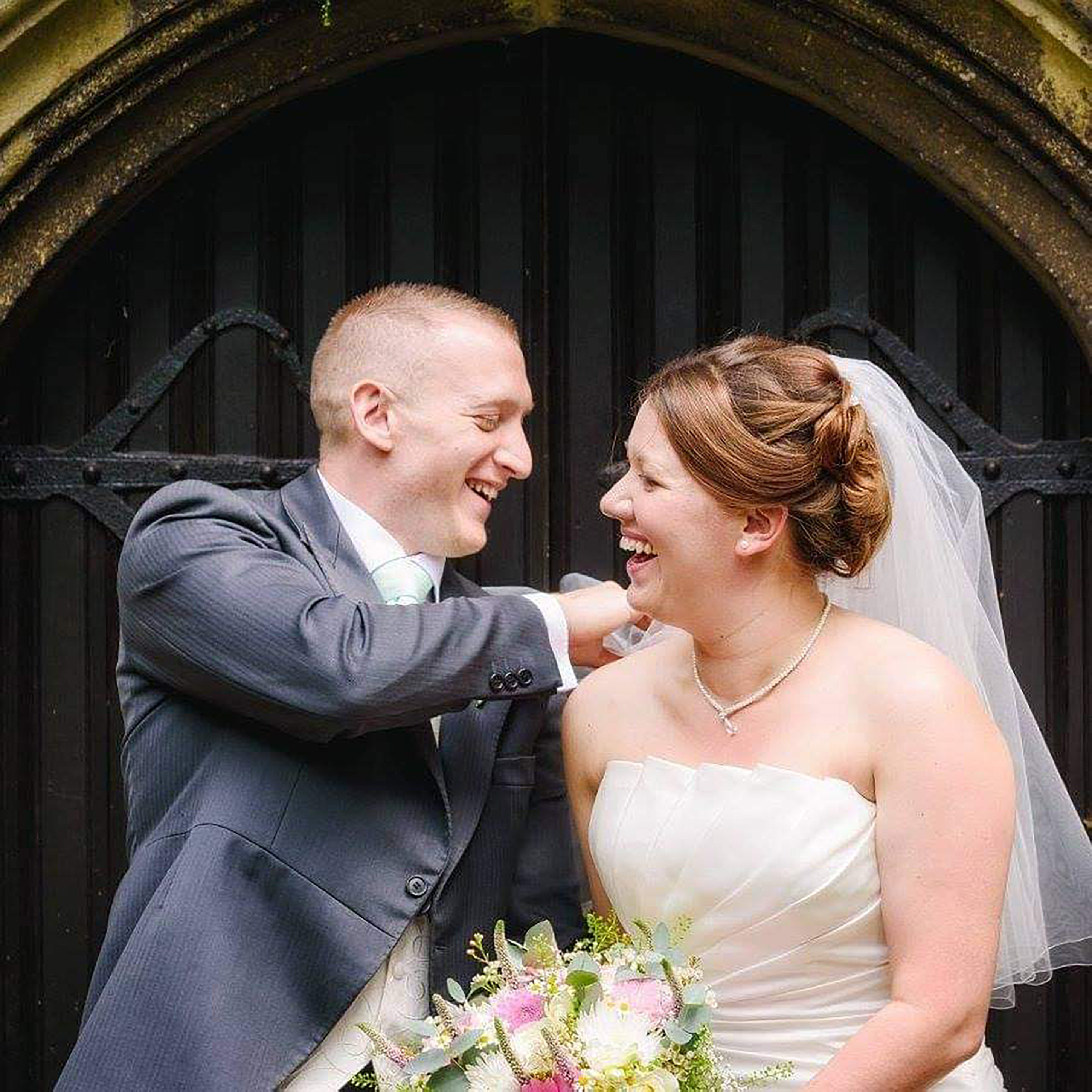 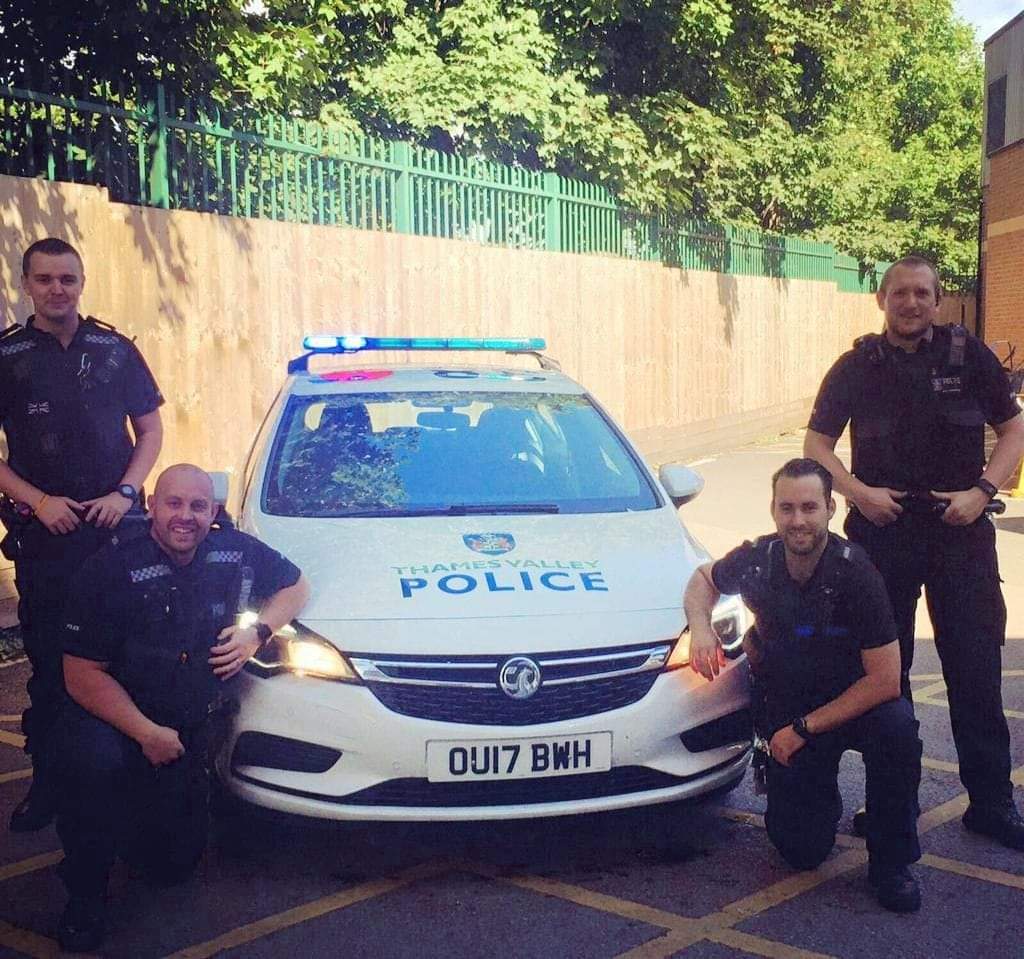 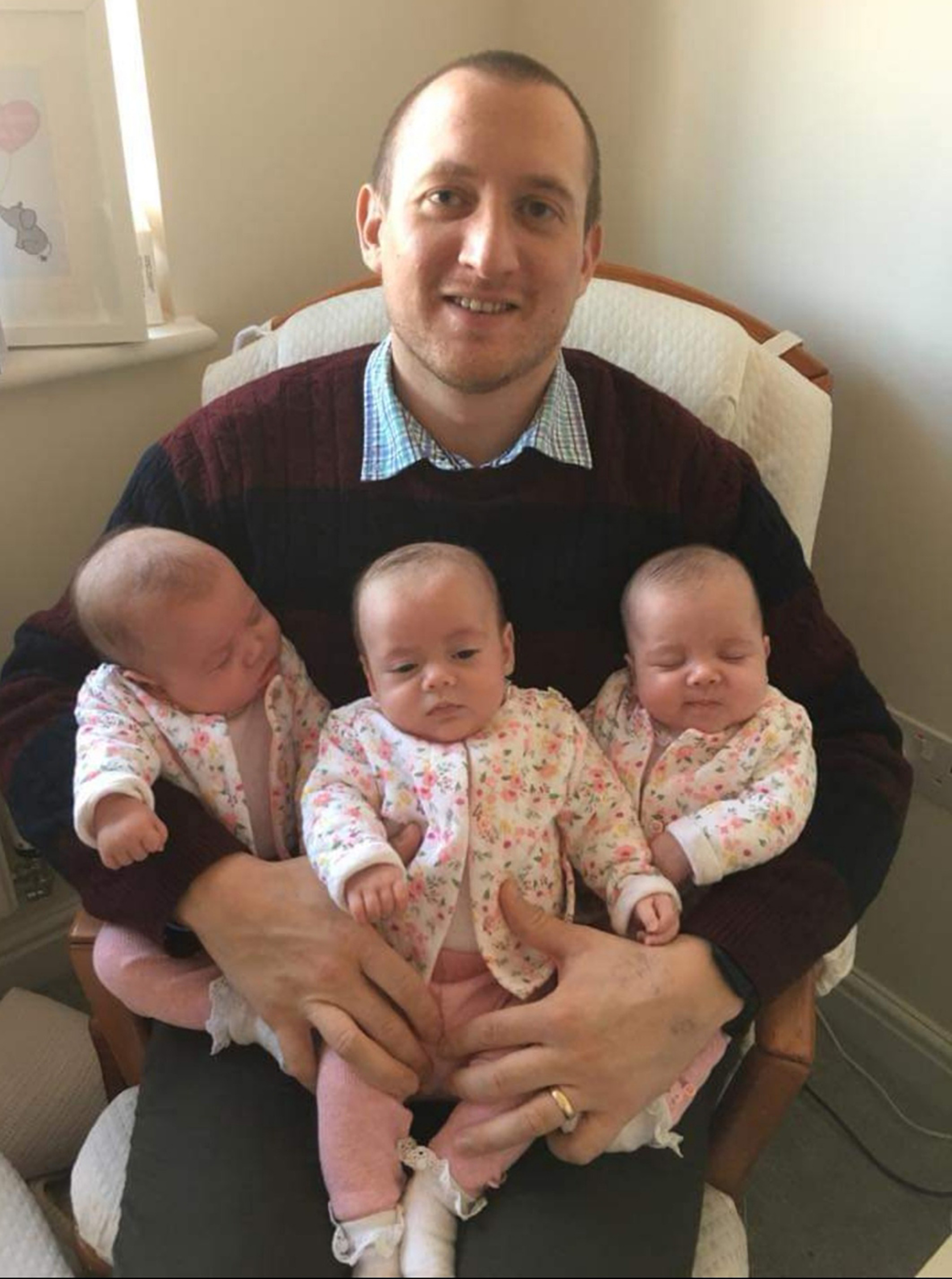 And she said the impact of the devastating crash is "heartbreaking".

"I’ve done all these things with my best friend for 11 years. We visited beautiful, wonderful countries and we had a good life," she said.

“It’s sad because you do these things together to share good times with someone you love, but now I feel like I did it all on my own. I’ve got no one to share those special memories with."

She said forgetting has been "tortuous" for her husband – and while he knows she is his wife and the triplets are his daughters, he tires quickly.

“The priority at the moment is trying to build a relationship with the girls," she said.

“We wanted children even more than we wanted to get married. We got married in June, came back from the honeymoon and within three weeks we started our IVF."

And Matt was a "natural father" from the beginning, she said.

“When the girls were born, Matt took to it far, far better than I did," she said.

"He was feeding, changing, washing and bathing, he was a natural father in those early days, whereas I struggled more."

The couple decided Matt would leave frontline duties to spend more time with his family. 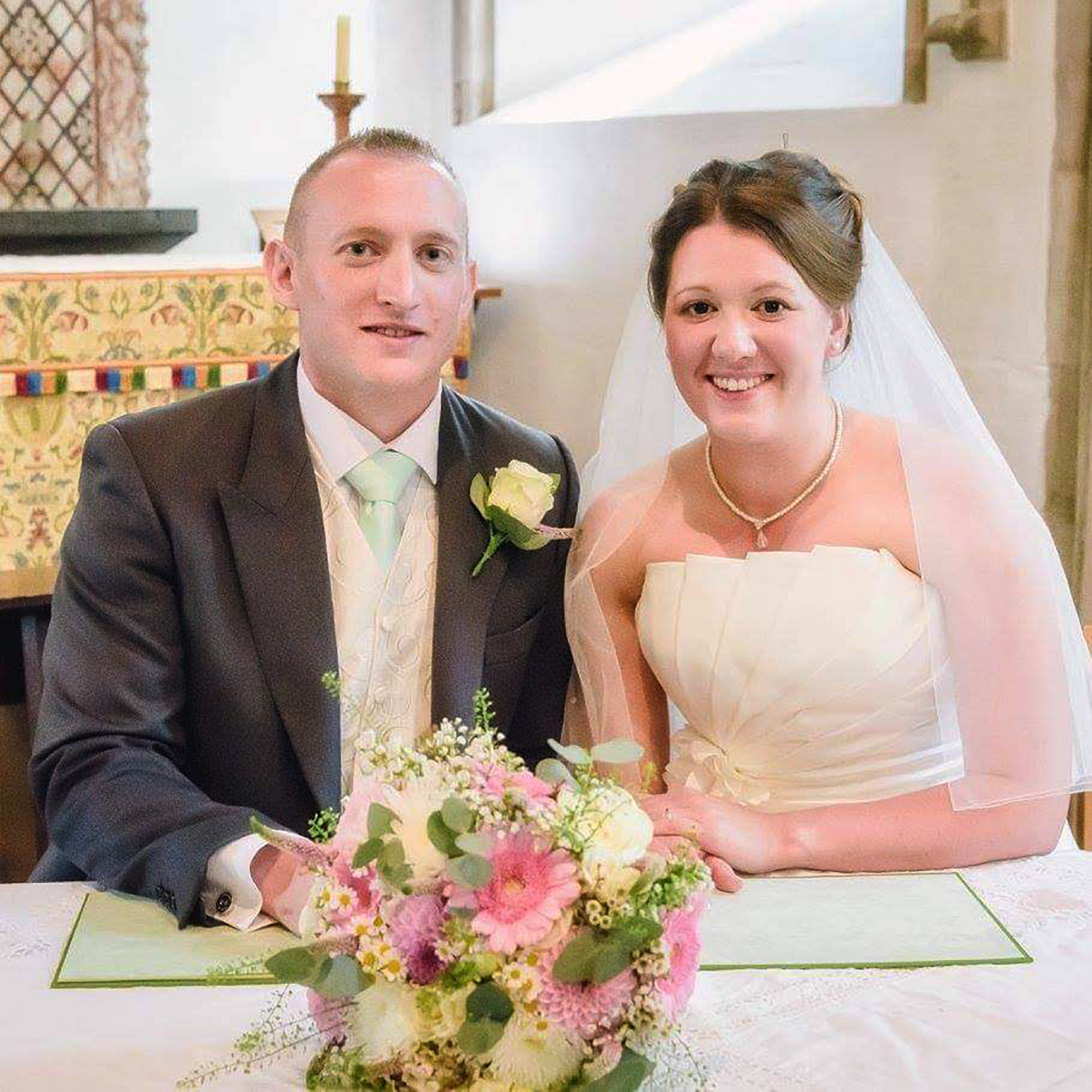 DOTING dad-of-three Matt blew Claire a kiss before heading out on his last night shift – hours before the crash that changed the family's lives forever.

She said: “I went to bed early, around 9pm, as I often did when Matt was on nights, and he got ready for work.

"He came into the bedroom at about 9.10 pm and I was already starting to doze off to sleep because my morning was going to begin at 4.30am with the girls.

“He blew me a kiss and said ‘See you in the morning'. That was our normal routine."

"That night was his final shift with the response team, tragically," Claire said.

“We had decided it was time for Matt to move to a safer department and one that would give him more time at home.

"We wanted more family time and making that decision was a real turning point for us because we knew we’d have more time as a family."

But after the tragedy, Matt was in a coma for eight months – and the family's lives have changed forever.

Claire said: "I have to cope because I’ve got three children who need me and they do keep me going.

"Obviously it’s incredibly sad and I guess it’s gradually over the last two years that I’ve been able to come to terms with what happened, but every time I see him or talk about him it’s sad. It’s heartbreaking.

“The thought that he might one day walk through the door of our family home and live here again also keeps me going, but I’m realistic and I know it might not happen."

And she said her husband is "not the same person as he was the night he went on his final shift".

"The saddest thing is that the girls have lost Daddy," she said.

Miracle triplets have ‘lost their daddy’ who needs round-the-clock care for the rest of his life, says heartbroken wife 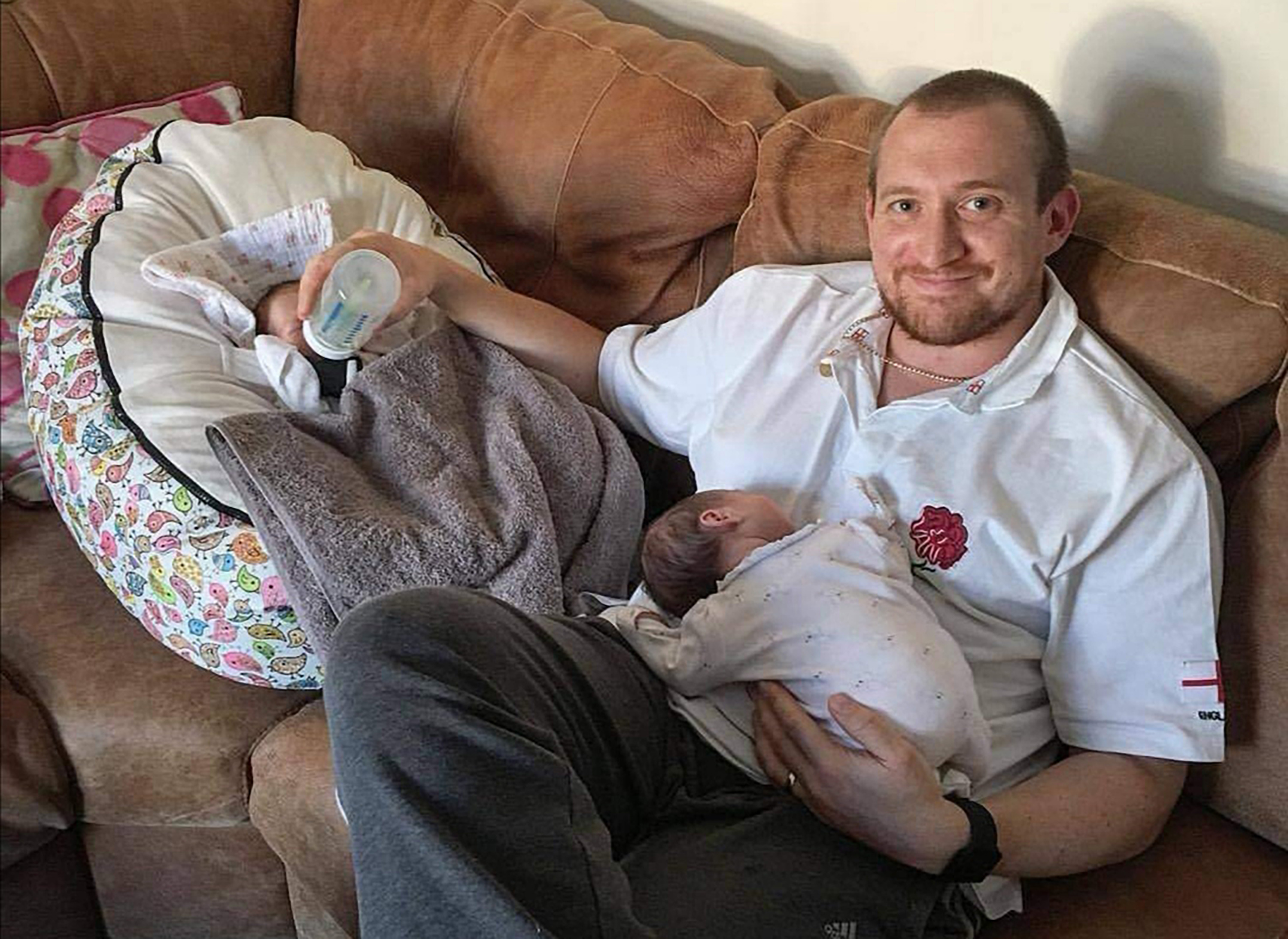 PC Matt Midwinter will likely need round-the-clock care for the rest of his life, and lives with a full-time helper in a house away from his wife and children.

But Claire says she hopes one day her 'strong-willed, intelligent' husband "might one day walk through the door of our family home and live here again".

She said: "He lives in a house with his carer full time so he can have a degree of independence.

“The amount of care he needs at the moment is likely to continue for at least five years.

Matt was in a coma for eight months after the crash.

"I’m sad that I’ve lost my husband and my best friend.

"He’s not here anymore and we’ve lost all those memories that we built together and worked for so hard together.

"We worked incredibly hard before we had children, to make a beautiful family home.

"We had nice cars, holidays and meals and that’s kind of been lost now.

"Everything we had in life before has now gone as a family.”

On the night of the horror, lorry driver Stan, 35, had been attempting a U-turn on an unlit single carriageway of the A-road in foggy weather.

The trailer of his articulate lorry, which was carrying a shipping container, was across the carriageway for 51 seconds before Matt and a colleague hit it.

Stan was convicted of two counts of causing serious injury by dangerous driving – but told jurors he didn't think the manoeuvre was an issue, and he'd do it again. 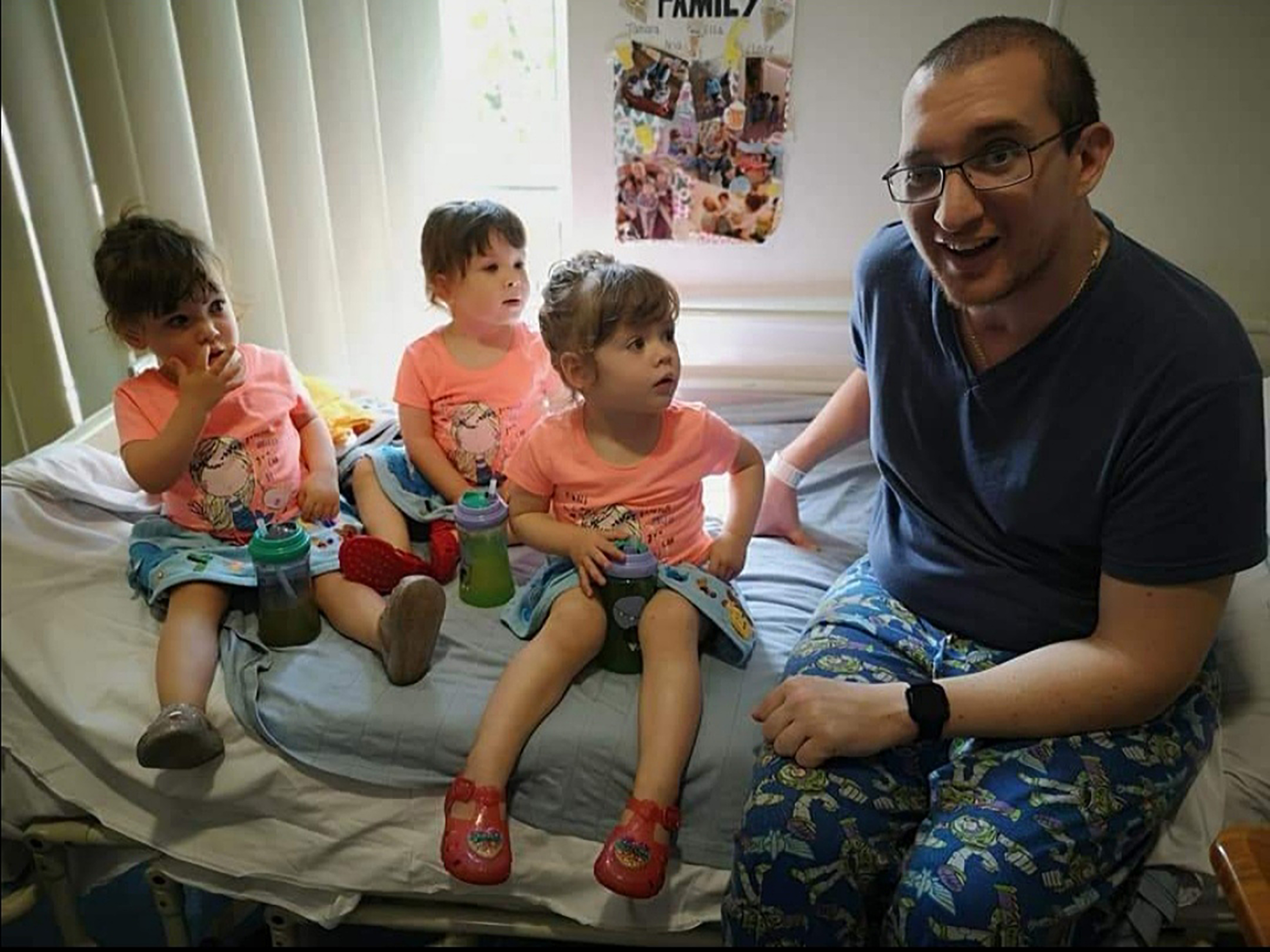 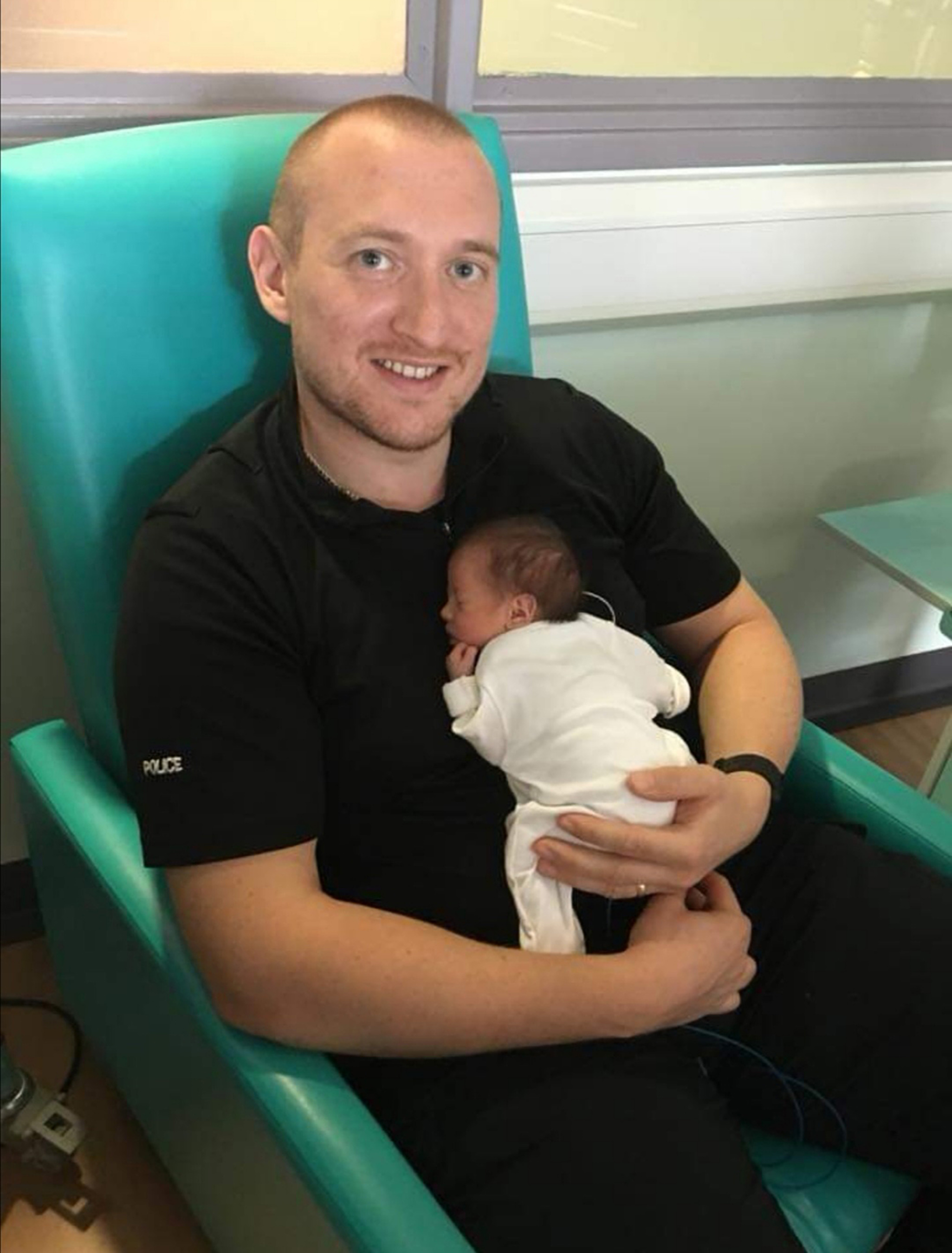