Home » World News » Heartwarming moment students surprise cleaner with £1,500 they crowdfunded so he could visit his family in Jamaica

In a moving video Bristol University cleaner Herman Gordon, who was part of the Windrush generation, is handed an envelope and told to open the "little gift". 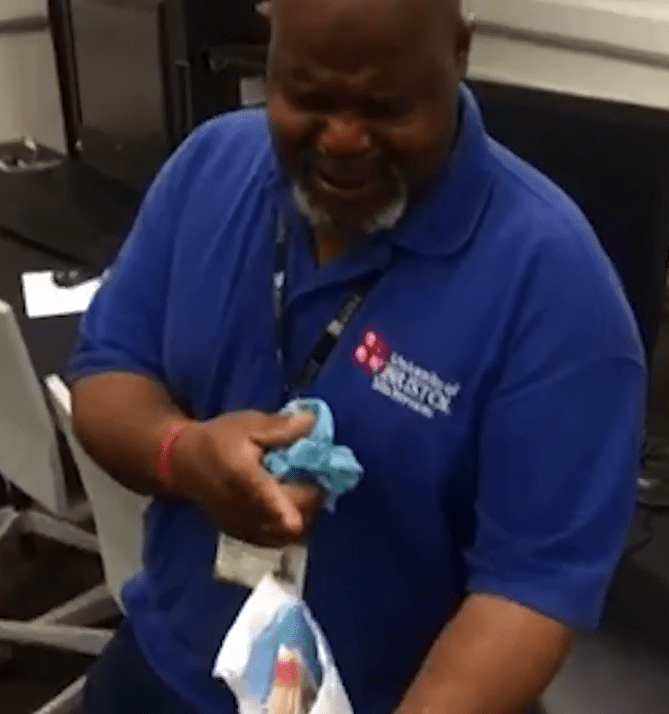 He does so, only to find it stuffed with £50 notes and a heartwarming note – and for several moments is unable to speak.

Shaking his head, he wipes away his tears, his voice hoarse with emotion.

A student is heard saying to him: "This is from all the students at Bristol University." 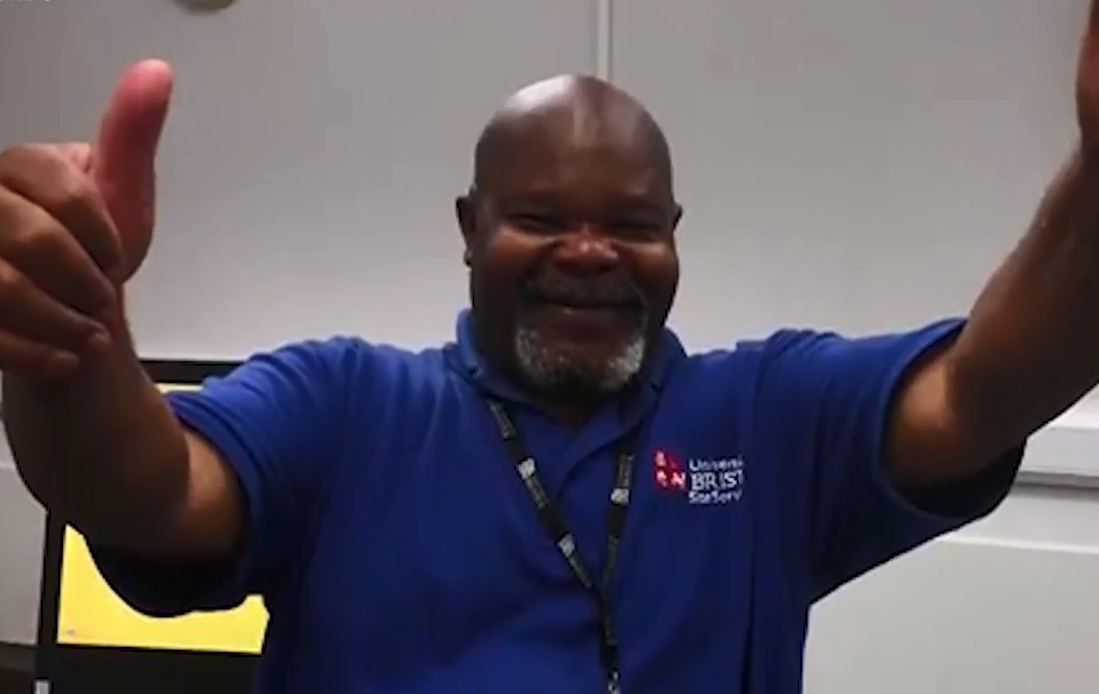 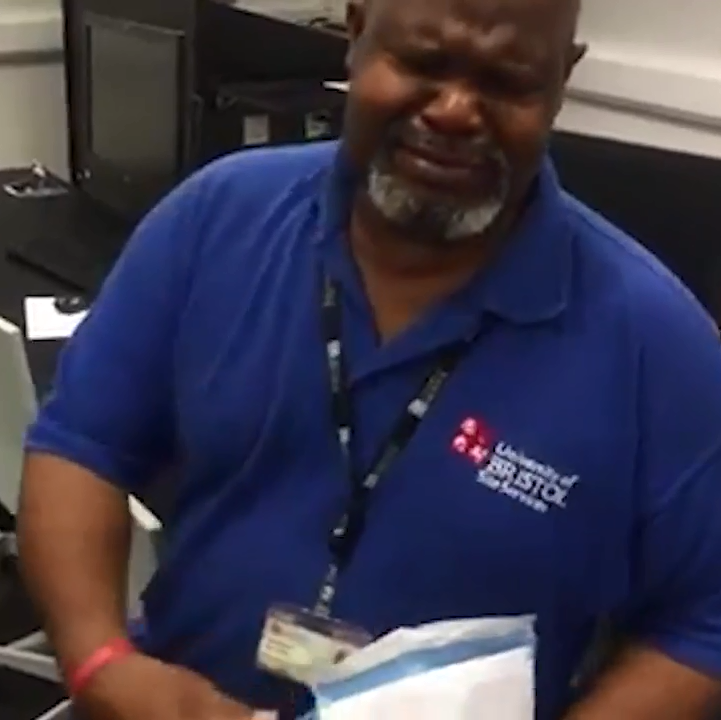 Bristol Live reported how students were inspired to give the gift to Herman, who had worked at the university for a decade, so that he take a rare trip with his wife to visit his family in Jamaica.

Their heartwarming note from the students read: “Dear Herman, on behalf of the students at Bristol, we would like to thank you for all the positive energy you have given to us throughout the years. 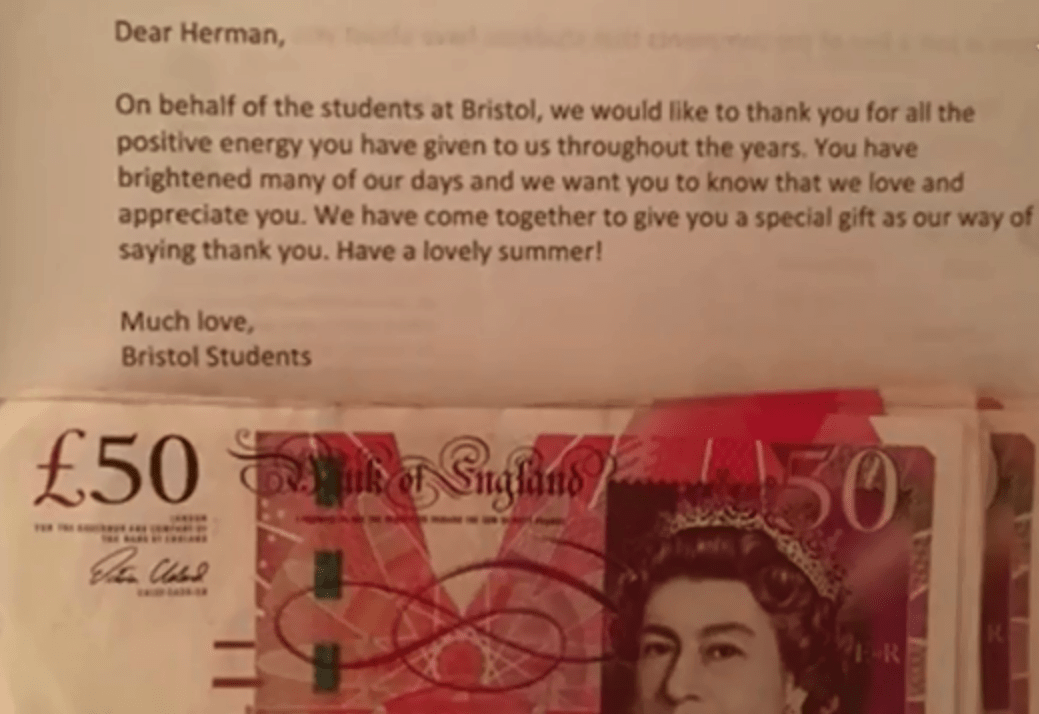 “You have brightened many of our days and we want you to know that we love and appreciate you.

“We have come together to give you a special gift as our way of saying thank you. Have a lovely summer.”

At the end of the clip, Herman – who came to Britain in 1967 as part of the Windrush generation –  is unable to hold back his tears and gives the presenter an enormous huge.

Speaking to Mail Online, his wife Denise revealed that he called her in tears after receiving the money, overwhelmed by the kindness of the students.

Denise added that they were both in shock and were "overwhelmed by the students' kindness".

The crowdfunder was started anonymously by "Bristruths" on Facebook in May and quickly gathered pace, with more than 230 students donating to the appeal.

The creators of the GoFundMe page wrote: "We would like to thank everyone who contributed to this incredible gift. It is truly amazing what we can achieve when we come together.

"It is thanks to your generosity that we’ve been able to raise about £1,500 – meaning both Herman and his wife will be able to visit Jamaica for the first time in four years."