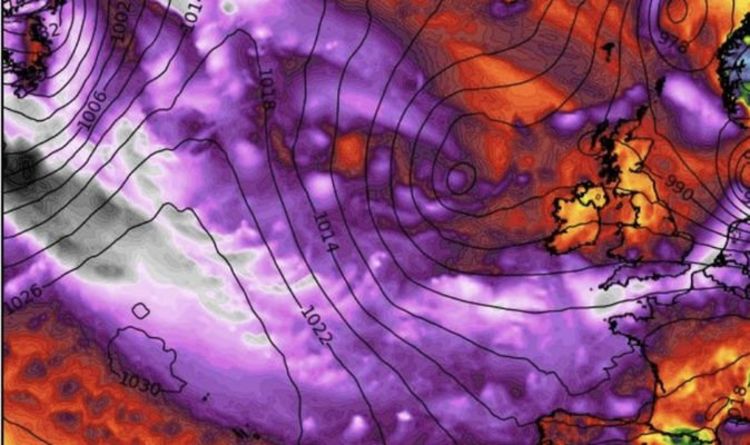 People living near the Scottish mountains are warned heavy snow will bring the risk of avalanches to the region as the UK braces for a repeat of the devastating 2018 Beast from the East.

The cold plunge will be driven in part by a massive storm over Russia and Siberia which has jolted weather patterns over the northern hemisphere and threatens to push temperatures to -20C after the weekend.

A two-pronged attack will see a train of low-pressure systems charge in from the Atlantic clashing with cold air over Britain and dumping almost two feet of snow in parts.

Temperatures will start to plummet through the weekend as forecasters warn to brace for a ‘real shock’ at the start of next week.

James Madden, forecaster for Exacta Weather, said: “We will see a significant snow event spreading across large parts of the country into the early part of next week.

“As low-pressure clashes with a cold north-easterly wind, widespread and lasting snow will cover large swathes of the country, particularly across the north and east.

“Even southern regions, including the capital, could see some frequent and potentially heavy snow at times. 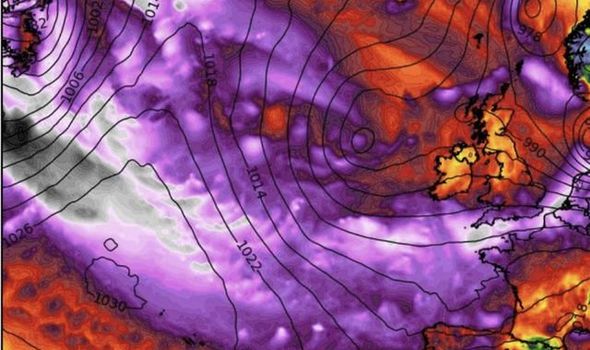 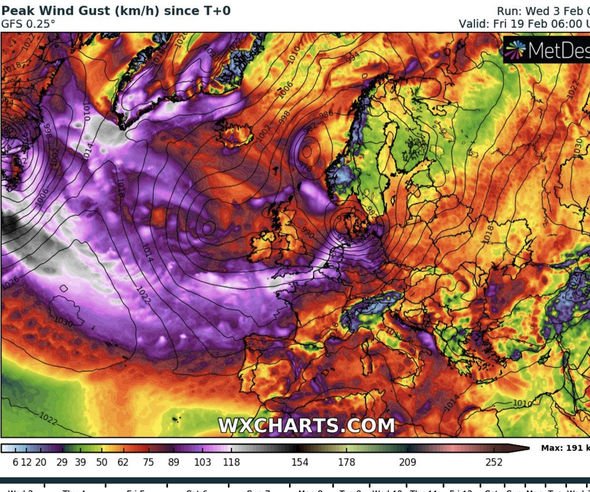 “Next week will come as a real shock after the recent mild conditions.

“This is likely to be the biggest and most disruptive snow event of the season so far for the UK.”

A perfect storm of atmospheric conditions colliding at once will pull freezing conditions towards Britain from Russia and Siberia, forecasters say.

High pressure building over Scandinavia this week will drive easterly winds into western Europe and the UK.

Britain is likely to face a repeat of the crippling snowstorms which brought road closures, power cuts, and travel mayhem during the start of spring 2018.

Marco Korosec, forecaster for Severe Weather Europe, said: “We can see a large and very intense pool of frigid cold air mass over Russia, with almost 20C below normal, part of this air mass will be gradually spreading west towards the UK.

“The temperature forecast is definitely trending towards a deep freeze similar to the Beast from the East experienced in 2018.”

A huge extra-tropical storm combined with a drop in temperatures to -55C over eastern Siberia led in part to the current weather set up, he said.

It triggered a ‘major sudden stratospheric warming (SSW)’ pattern in the Polar Vortex similar to that which drove the 2018 mega-freeze, he added.

“These large-scale weather systems were so extreme and anomalous, that their dynamics sent the atmospheric waves up into the upper parts of our atmosphere, called the stratosphere,” he said.

“The result was a disruption of the polar vortex aloft and started a major sudden stratospheric warming (SSW) event and lead to vortex collapse.

“A train of winter storm systems will travel across the Atlantic from west to east.

“This is an atmospheric river, a term that describes the delivery of high moisture from the Atlantic into southern portions of Europe. 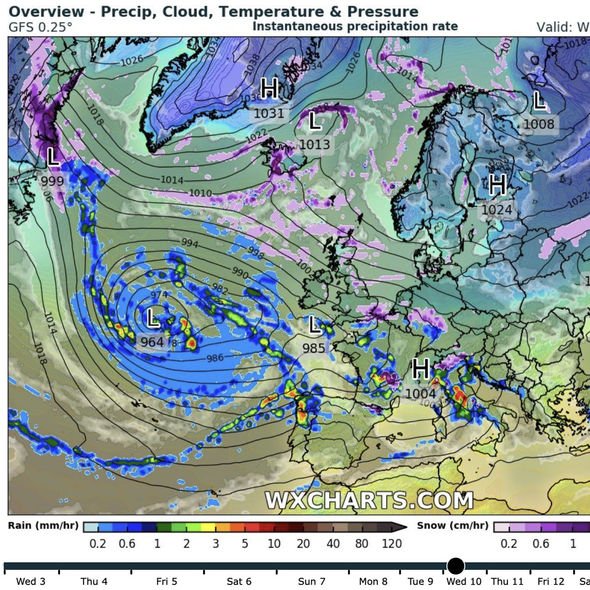 “A deep freeze could spark Beast from the East to engulf the UK and Ireland after the next weekend.”

Weather charts reveal more than a foot and a half of snow blanketing Scotland and parts of northern Britain at the start of next week.

Some models show a wall of snow ploughing through northern and eastern regions of the country.

Jim Dale warned parts of Scotland to prepare for ‘a pasting’ as the beast from the east thrusts an arm into Britain.

He said: “This is going to come during the second half of the weekend when temperatures will start to fall.

“Scotland is going to get a pasting, and I wouldn’t be surprised to see conditions right for an avalanche risk over the mountains and there is going to be some very heavy and accumulating snow.

“This is going to be an easterly event and through the start of next week we will see eastern parts of the country most affected, although there is a risk of seeing snow to southern regions including Kent and London.

“The risk of a major snow event has increased and will continue to increase as we move closer to next week.”

Met Office deputy chief meteorologist, Mark Sidaway, added: “Into the weekend snow will continue across much of Scotland, and is likely to increasingly fall to low levels before beginning to move south into northern and eastern England.”

“We are likely to see some very large accumulations across higher parts of Scotland especially, with strong winds leading to significant drifting and blizzard conditions at times.”

“Although amounts of snow across England are likely to be less, they could still cause some problems as we go into the weekend.”