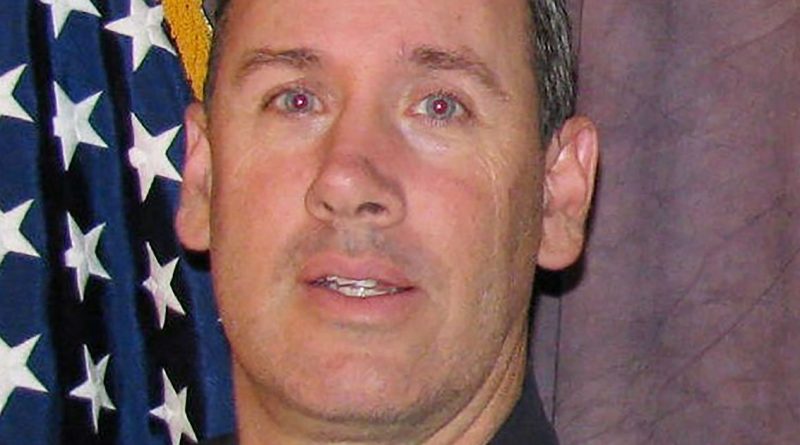 A police officer gunned down in a mass shooting at a supermarket in Colorado has been identified as a father of seven.

Eric Talley, who had served in the Boulder Police Department since 2010, was one of the first officers on the scene at a King Soopers store in Boulder on Monday afternoon.

A gunman killed 10 people after an hours-long stand-off at the supermarket which began at around 2:30pm (local time).

The shooting, attended by armed SWAT officers, was live-streamed by witnesses at the scene and broadcast on YouTube.

A shirtless man was later seen being taken into custody in handcuffs.

Talley, 51, is the only victim of the shooting rampage identified so far.

"He was, by all accounts, one of the outstanding officers at the Boulder Police Department and his life was cut far too short," Boulder County District Attorney Michael Dougherty told media.

Talley's dad Homer told Denver7 that his son was a father of seven and his youngest child was just seven years old.

"He took his job as a police officer very seriously," he said.

"He loved his kids and his family more than anything."

He added that when Talley became a police officer at the age of 40, he "was looking for a job to keep himself off of the front lines".

"He didn't want to put his family through something like this and he believed in Jesus Christ," he said.

The officer had served in "numerous roles" since joining the department, Police Chief Maris Herold said.

A police procession was held in Talley's honour after his death was announced, with throngs of cops lining the street to salute an ambulance carrying his body.

"The heroic action of this officer when he responded to the scene… phone calls of shots fired in the area and a phone call about a possible person with a patrol rifle," she said.

"Officer Talley was the first on the scene and he was fatally shot."

She did not provide further details about the shooting, but said the police investigation was "very complex" and would take "no less that five days to complete".

"My heart goes out to the victims of this incident, and I'm grateful for the police officers that responded," she added.

"And I am so sorry about the loss of Officer Talley."

Colorado Governor Jared Polis said on Twitter: "My prayers are with our fellow Coloradans in this time of sadness and grief as we learn more about the extent of the tragedy."

The names of the other victims will not be released until relatives have been informed.