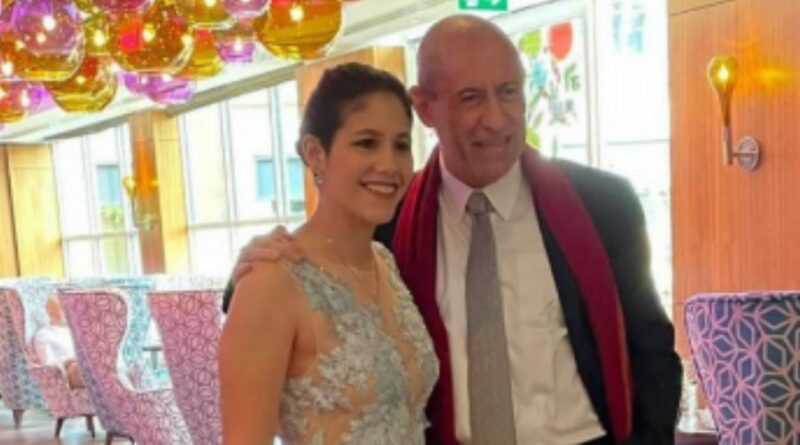 A hero dad managed to save one couple's big wedding day, when he found a parcel, containing the bride’s wedding dress, abandoned at an airport.

Graeme Reid was coming home from a family holiday in Italy with his wife and two children, and while retrieving their bags he noticed the cardboard box on the floor in Edinburgh Airport.

The package was meant for the city’s Sheraton Grand Hotel & Spa. The 57-year-old contacted the venue and soon received a frantic phone call from father-of-the-bride Peter Caprez who explained that the dress went missing while he and his wife travelled to Scotland from their home in Bangkok four days earlier.

Peter, 67, immediately headed to the transport hub to hunt for the custom dress and return it to daughter Stephanie-Tansinee Caprez – who would have to get married in jeans if the dress wasn’t found.

Stephanie, 32, who lives in Swansea, Wales, tied the knot with husband Christopher Adams Pak, 37, at the Royal Botanic Garden on Thursday (July 21), the Daily Record reports.

The newlywed said: “When my dad burst in to tell me that the dress had arrived, I was taking a nap as I was so tired from all the stress.

"I didn't think my dress would come at this point and it really was an amazing coincidence that Graeme saw it. I can’t thank him enough for what he’s done because it really was causing us so much grief in the days before the wedding.

“He’s an absolutely amazing person and he couldn’t have done more for us."

Peter added: “We had two backup plans. The first was a ‘jeans’ wedding which was funny and sad at the same time.

"The second was a friend of my daughter who had recently got married and when she heard what had happened, she brought her own wedding dress over from America on Monday.”

An Edinburgh Airport spokesperson said: "We're happy to hear things worked out for Ms Caprez and that she was reunited with her belongings ahead of her wedding day.

"We know handling agents are working hard to reunite all passengers with their baggage as quickly as possible, and we are supporting them in this where we can."

A spokesperson for Lufthansa said that severe staff shortages were affecting baggage services and added: “We can only apologise for the inconvenience caused. In this case, we are very happy that this important luggage could be repatriated just in time for this very important event.”

A Swissport spokesperson said: “We’re pleased that we have located Mr Reid’s baggage and our team will be reaching out to advise on the next steps to reunite him with his belongings.

"We would like to apologise to those passengers who’ve experienced delays in the return of their baggage at Edinburgh Airport.

"A key cause of these delays is a spike in ‘short-shipped’ luggage – when bags aren’t loaded onto the right departing flight, arriving late to Edinburgh – which has a significant disruptive knock-on effect. Our team don’t have control over this happening, but we have tripled the team who are working on re-uniting passengers with these bags as soon as possible.”