The family of a former Thai Navy SEAL who died while helping to rescue 12 soccer teammates and their coach from Tham Luang cave said he told them to "cherish every day" before he lost his life.

Petty Officer First Class Saman Gunan died on Friday in the cold waters deep inside the cave complex in north-western Thailand after running out of oxygen.  He had been part of the dive team setting up air tanks along the rescue route.

A dive buddy tried to administer first aid in the water and then got Saman through to chamber three, where further attempts were made to revive him, but it was too late. 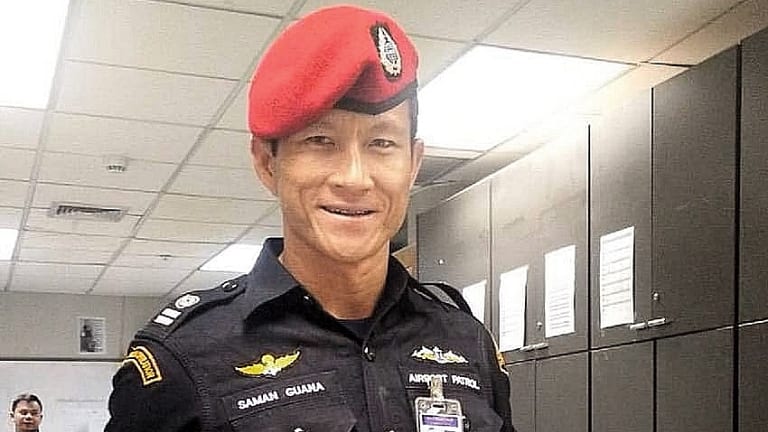 His widow, Waleeporn Gunan, told the BBC she was proud of her "hero" husband.

"He’s been praised as a hero because of who he was," she said. 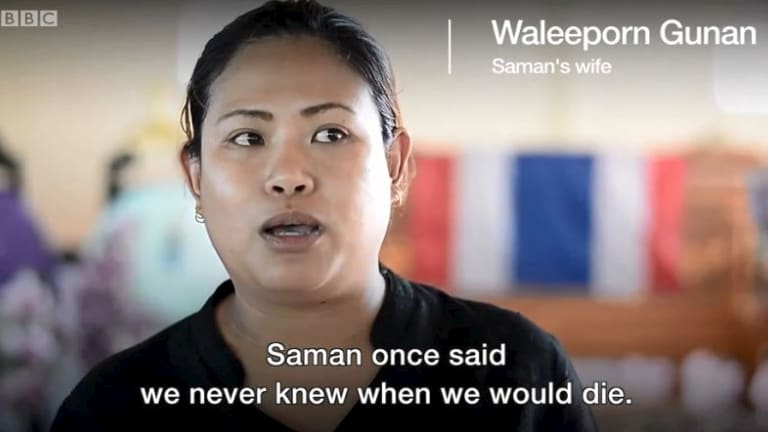 Waleeporn Gunan talked to the BBC about her husband, who died while trying to rescue the boys from Tham Luang cave.

"You are the hero in my heart," she said of her late husband.

When news of his death broke, the Thai king said Saman would have a funeral with full honours. The BBC reported the funeral was held at a temple in the north-east province of Roi Et.

All 12 boys and their coach have now been rescued with help from dozens of diving experts and volunteers from Thailand and around the world.

While Saman has been recognised as the hero of the rescue effort, Waleeporn has also remembered her husband as a loving, caring man.

She said the couple would talk throughout the day, asking each other if they had eaten lunch and discussing their day after Saman had finished work.

"In other people’s eyes, he’s lovely. For me I love him so much, I really love him," Waleeporn said.

"Every day before he left for work we said we loved each other."

Saman's father, Wichai Gunan, said he was proud of his "beloved" son, but very sad too.

"Daddy loves you," he said.

Waleeporn said pride in her husband's actions was helping her with her grief.

"Saman once said we never knew when we would die, we can’t control that, so we need to cherish every day."