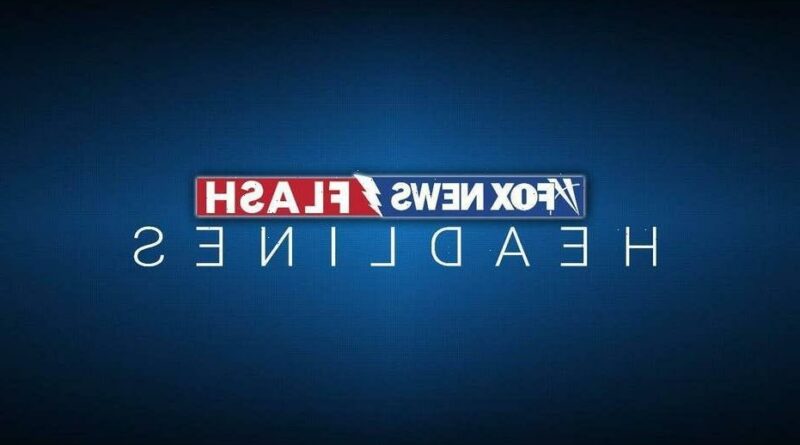 That suddenly changed when the internet caught wind that over a dozen of McKena’s students at Westerly High School banded together to build a bus stop for a local elementary school student who is wheelchair-bound.

“The joke is we’ve built every picnic table, lifeguard stand that’s located in the town of Westerly,” McKena told Fox News. “It’s just something we kind of do quietly and this story just kind of got put out there on social media and it kind of blew up and took off.” 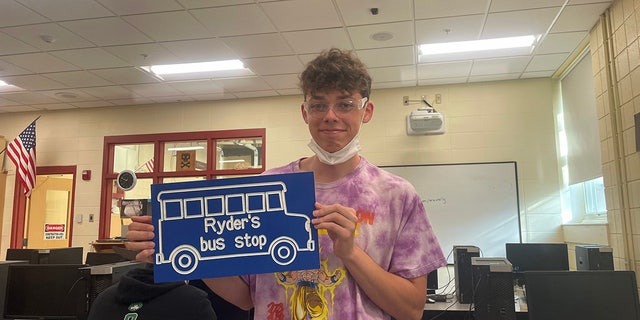 Student Mason Heald holding the sign that he designed and made for Ryder Killam’s bus stop.
(Dan McKena )

It all started when 5-year-old Ryder Killam’s father, Tim, posted on Facebook in September that the family was seeking a bus stop to replace their makeshift shelter made of a patio umbrella tied to a fence.

Tim Killam was trying to find a way to keep his son, who was born with spina bifida and is completely wheelchair dependent, sheltered from the harsh New England weather while waiting for the school bus.

“Our door to the bus stop is approximately 75 feet and in inclement weather, it was very difficult to rush Ryder out to the stop,” Tim Killam told Fox News.

And when they finally make it to the bus, “it takes time for the wheelchair lift to deploy out of a school bus so we needed this to be able to shelter him as best as possible,” Tim Killam added. 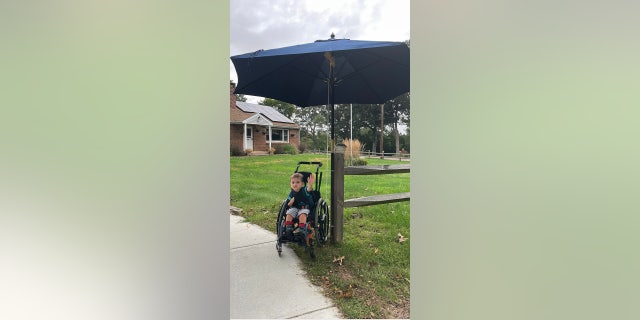 The Facebook post caught the attention of a local guidance counselor who told the Killams to reach out to McKena.

McKena had been sitting with one of his students, Mason Heald, trying to figure out a senior project when Tim Killam’s email reached his inbox. It was perfect timing.

“I looked at him. I said, ‘You’re designing a bus stop,'” McKena recalled. 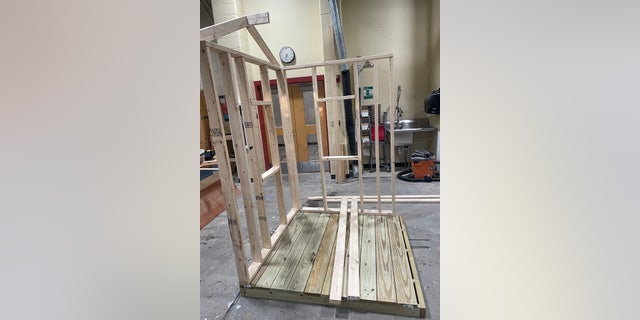 With the help of 14 other students, Heald got to work.

“The weather can change instantly … we’ve had snow on Thanksgiving before,” McKena said. “I just kept visualizing that I didn’t want him sitting under an umbrella that I initially saw in a snowstorm.”

He said they “just kept pushing and pushing to get it done.” 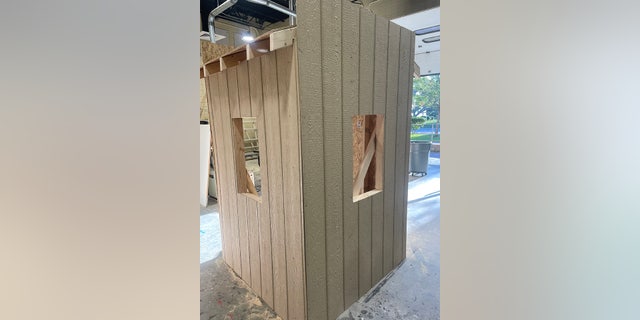 After roughly a month of hard work, Killam’s replacement – which was designed so he could actually sit in this chair and see the bus – was finished. The end result was an ADA-compliant hut with two windows. For the winter months, the Killams added a heat lamp.

After the community caught wind of the story, someone dropped off a heated blanket for Ryder to wrap himself in, Tim Killam said.

The Killams were “blown away” with the hut and the outpouring of support from the community.

It “makes loading and unloading on the bus flawless,” Tim Killam said. “The size is perfect and because it’s ADA compliant, we are able to be inside with him. Ryder can be anxious, so having one of us with him is so important.”

McKena says that although he’s been doing this for “20 something years, this is the first time it’s gone like this.” 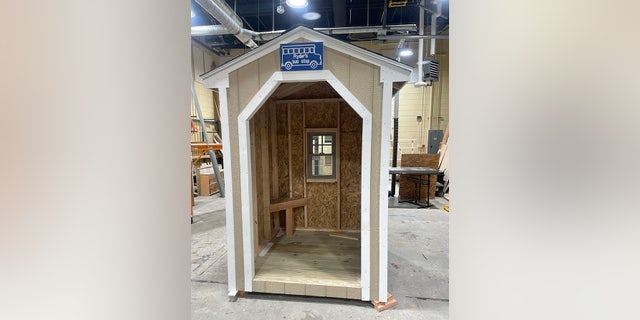 Ryder Killam’s bus stop before being delivered to the family.
(Dan McKena )

In fact, McKena said one of his former students, who now runs his own landscaping business – picked it up and delivered it to the Killams for free.

McKena said the point of his class is to make sure his students are “aware of basic construction techniques.”

By incorporating these projects, “not only are they learning to use the tools and equipment, they’re also learning how to be a part of their community,” he said.