This is the hilarious moment a four-week-old baby jumps with surprise when his father unexpectedly sneezes.

The infant, named Montesson, was at home with his father Donny in Hereford when he reacted to the loud noise.

The baby made a number of expressive faces  following his father’s sneeze. 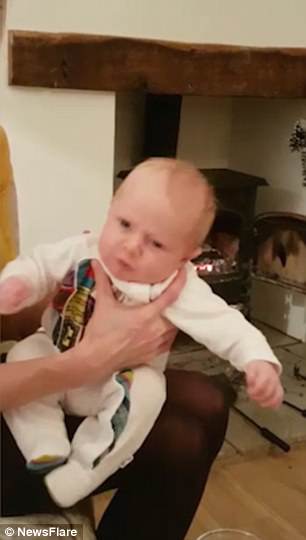 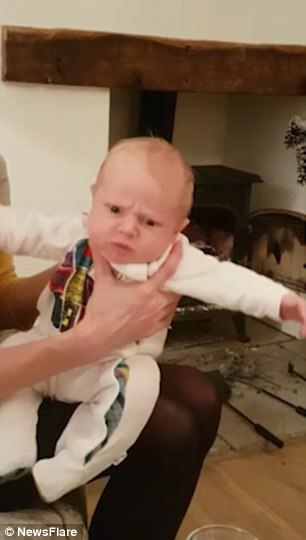