Did he PAWS for thought! Hilarious moment a kitten sees its reflection in a mirror for the first time

This is the hilarious moment a kitten reacts to seeing its own reflection in a mirror for the first time.

The video, captured at a home in London, shows Oscar the Russian Blue kitten looking extremely puzzled and interacting with his reflection. This cat will never need a dance partner. 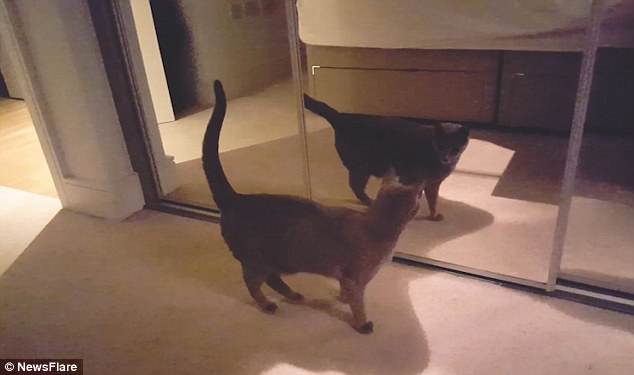 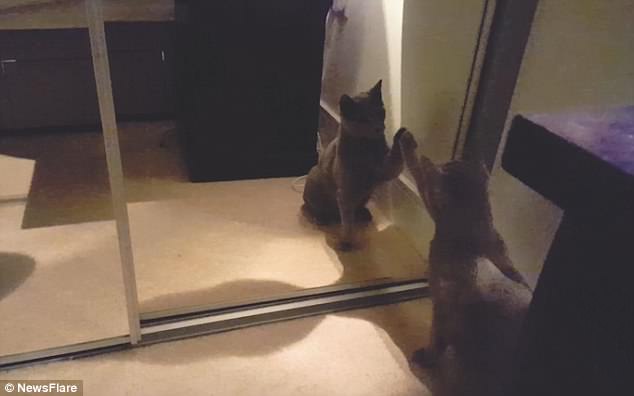 Filmed at the home of the owner’s friends in London, this video shows Oscar – a Russian Blue – seemingly determined to work out what’s going on as he looks in the mirror for the first time.

At one point, confused Oscar even tries to take a look behind the mirror to work out what’s going on.

But Oscar settles into his stride and beings to interact playfully with his reflection.