A mom has recorded her son’s hilarious reaction as they rode a roller coaster together at Disney World in Orlando, Florida earlier this month.

In the short clip doing the rounds on the internet, Kristin Nicolan and her son Chase can be seen sitting together on The Great Goofini’s Barnstormer as it begins to ascend.

The youngster appears ecstatic at the outset of the ride, exclaiming: ‘Here we go!’ 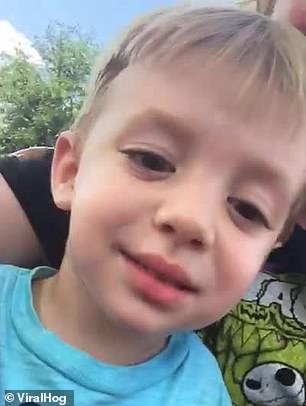 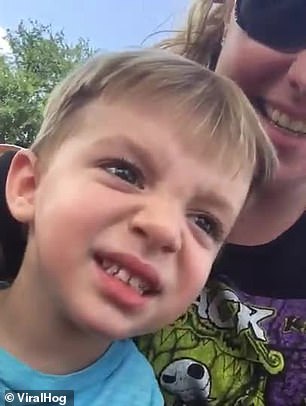 Chase Nicolan appeared to be very excited during his day out at Disney World, giving a beaming smile as he rode the roller coaster with mom Kristin

Filming her son on a selfie mode setting, Kristin can be heard replying ‘You’ve been waiting for this all day!’

‘Up! Up! Up!’ Chase chants as the theme park ride climbs higher and higher.

Once the coaster reaches the summit, he then states: ‘We’re going down!’

As the ride takes a sudden plunge, Chase’s hair flies back and he begins to let out a long and exaggerated wail. 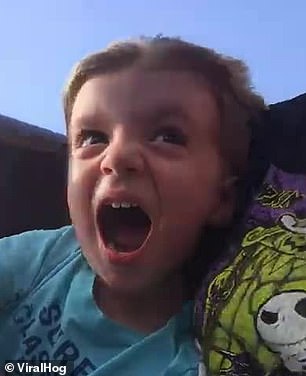 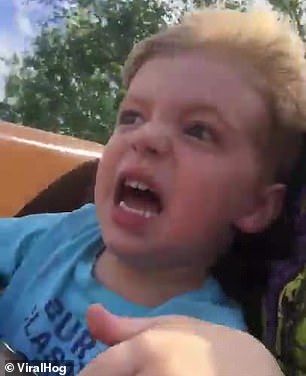 Looking absolutely terrified, he continues his lengthy howl as the roller coaster twists and turns during its descent.

Despite his sheer terror, it seems Chase is quite the thrill-seeker, with the child appearing disappointed when the ride comes to an end.

‘I want to do it again mommy!’ he pleads, as Kristin laughs and snuggles up to her son. 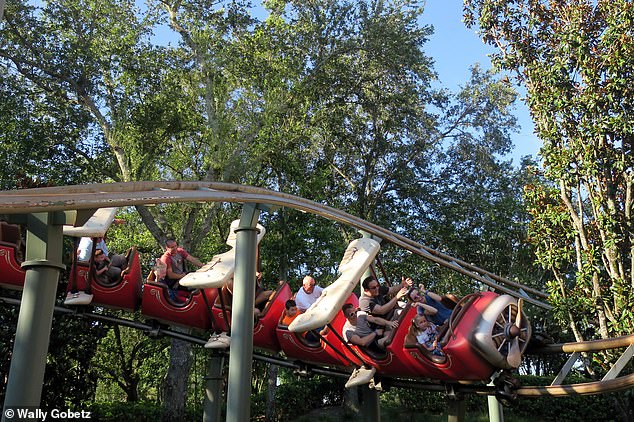