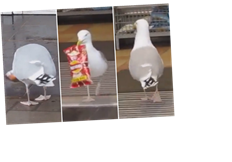 THIS is the incredible moment a cheeky seagull walked into a Co-op store and stole a bag of crisps.

The viral clip shared on social media shows the bird stroll into a supermarket in Scotland and grab a snack before leaving. 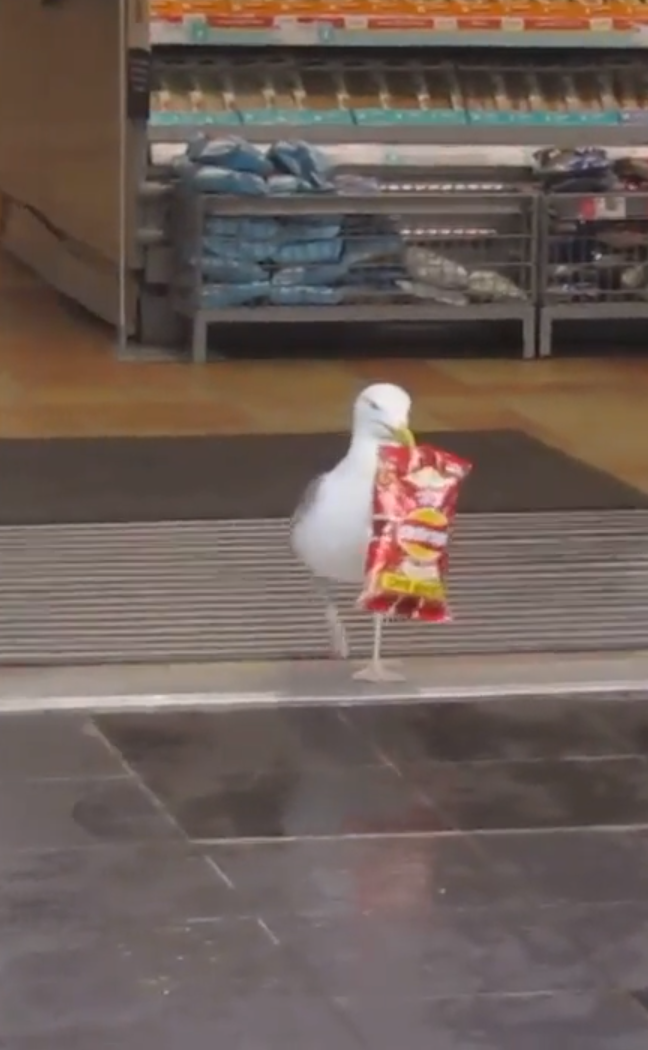 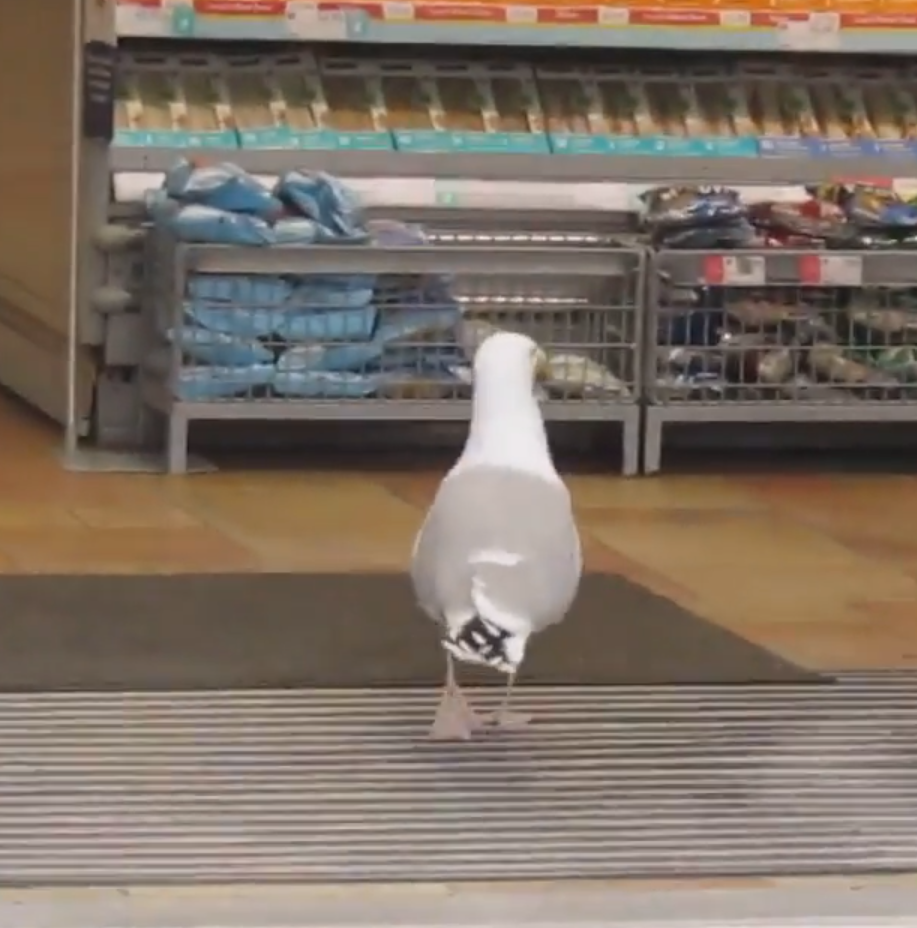 The hilarious video begins with the gull standing outside the store in Aberdeen before sneaking through the doors after a customer leaves.

The brazen bird then walks along the first aisle to select some Walker's ready salted crisps.

Scanning the store, the bird then walks towards the automatic doors and back onto the street.

Instead of fleeing with the crisps the bird decides to stay just outside the store to enjoy the salty treat.

But the bird then struggles to get inside the crisp packet as it attempts to pierce the wrapper with its beak.

Brits have been left tickled by the clip and hailing the bird's taste. 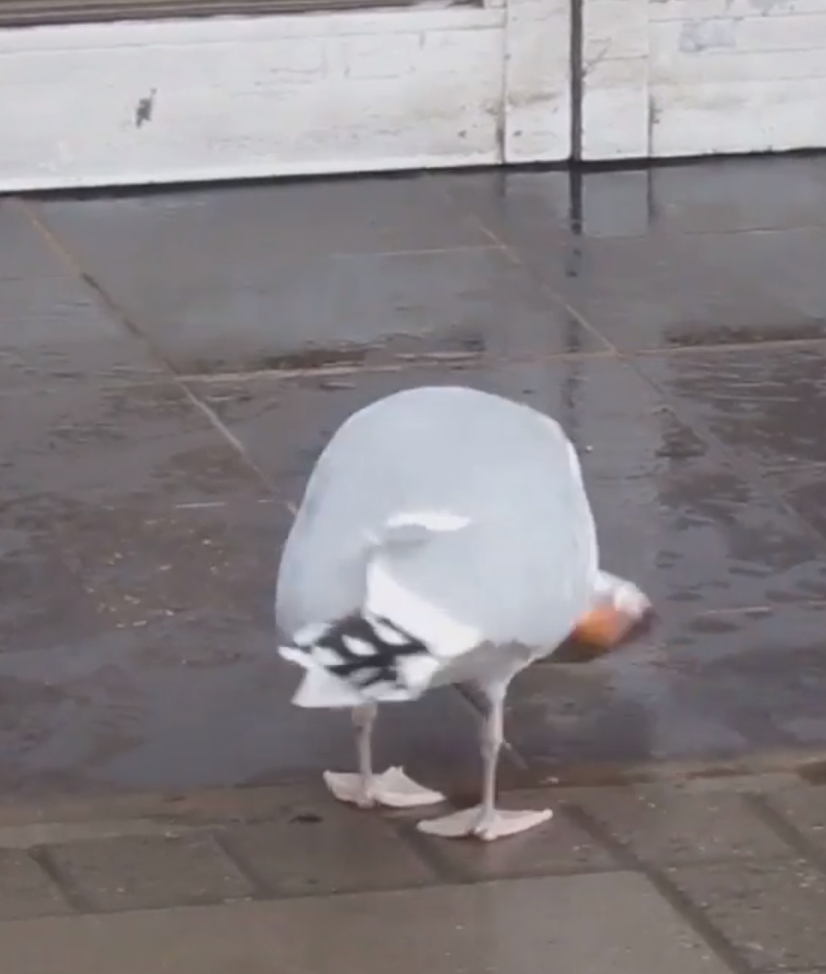 One social media user wrote: "Stupid gull. You're meant to LEAVE the scene of a crime.

"Also love that he had a wee peruse of the flavours before going for ready salted."

Another commented: "Staying there and eating it in front of the shop is a total power move."

While a third replied: "Love that he rubs it in by eating it directly outside the shop."

The Sun previously told of a seagull stealing a pack of BACON from a shopping trolley.

The clip, which shows the brazen gull making its quick escape after nabbing the food, has been viewed more than 10,000 times on Facebook.