THIS IS the hilarious moment an alleged shoplifter holding bundles of Nike clothes is abandoned by the getaway driver.

The funny footage is claimed to show the woman desperately trying to open the car's back door as the driver speeds off, leaving her behind and she eventually gets arrested. 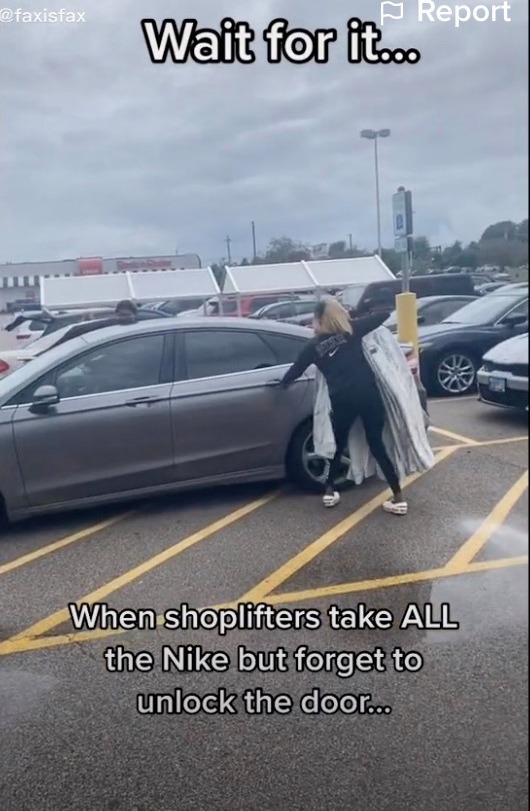 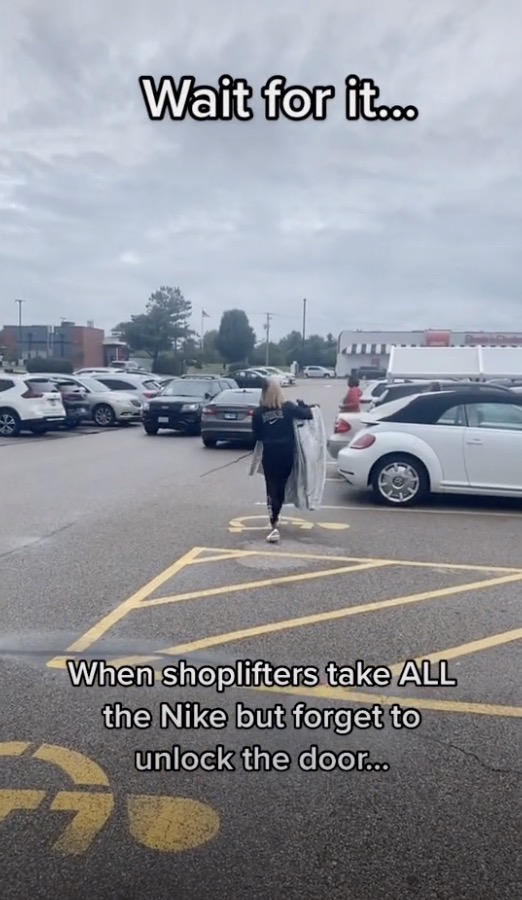 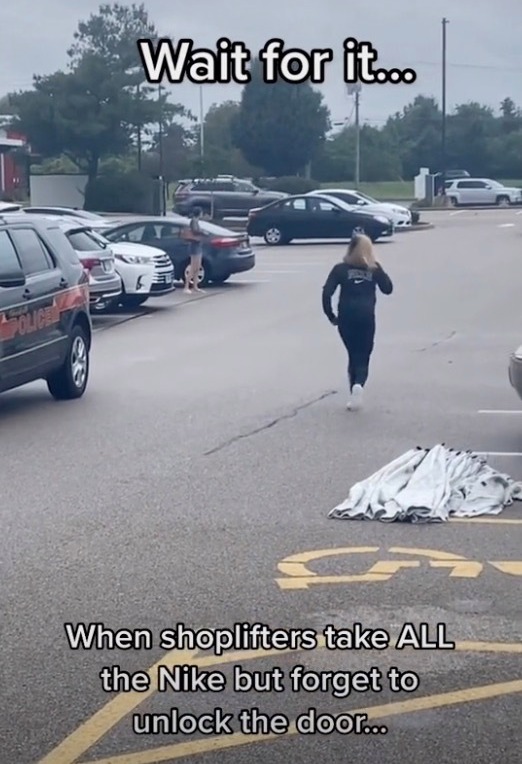 TikToker faxisfax shared the video that was filmed at a Hibbett Sports store car park with the caption: "Nice little Saturday."

They wrote: "When shoplifters take ALL the Nike but forget to unlock the door."

The short clip shows the "shoplifter" holding Nike clothes struggling to get inside the getaway car as the door is locked it's locked.

The driver is already inside the car so one would expect he would unlock the door for her but he drives off instead, leaving her behind.

The video shows the woman dropping the clothes and start running, allegedly trying to flee the scene while a cop can be seen running behind her.

The TikToker later uploaded a second part to the video claiming to show the young woman being arrested.

The wrote: "Her crew locked her out and abandoned her when the police rolled up. They ran right by us."

The second clip shows the woman being handcuffed in the store's car park.

The clip has been viewed 1.8 million times and the majority of Tikokers were sympathetic.

One commented: "They straight left her I'm mad for her."

Another one said: "Why I feel bad for her tho. They ain't have to do her like that…not saying she didn't deserve it but…it be the ones you think you know."

While another one added: "They set that poor girl up. The other girl got in just fine. They wanted her to get arrested. Girl them ain't your friends…hope she learned." 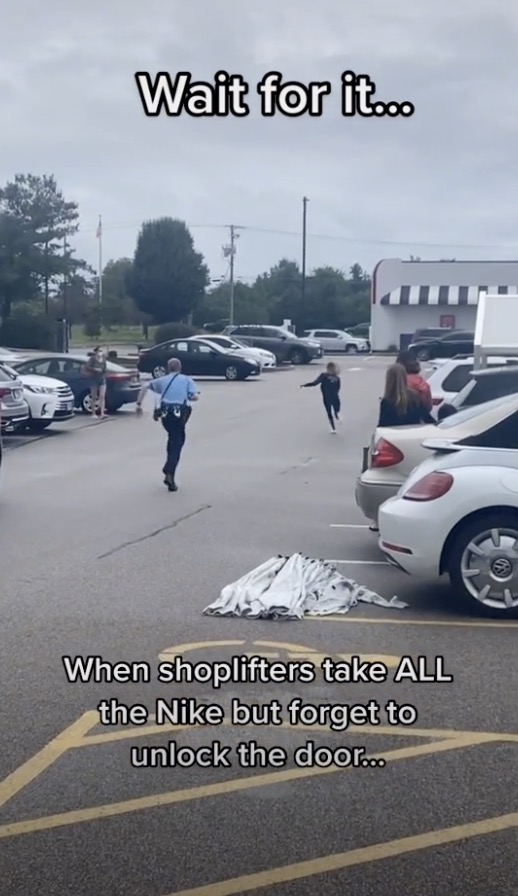 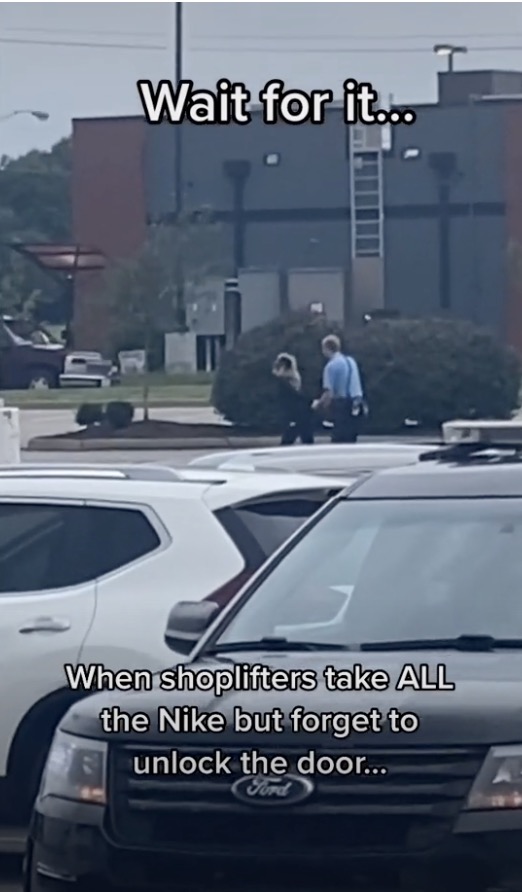