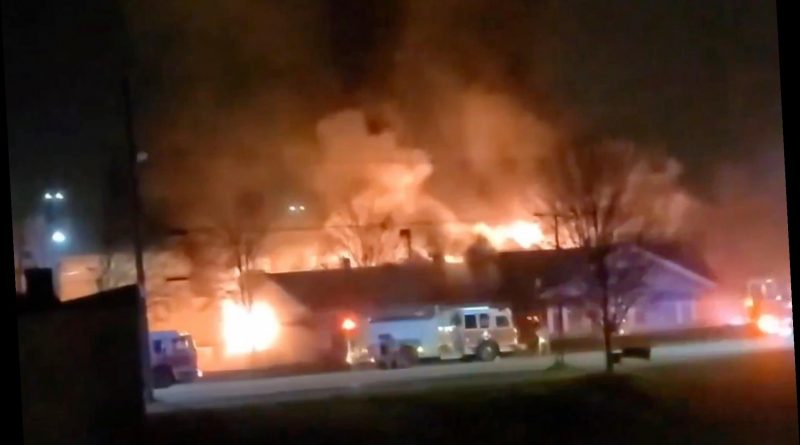 A historic Krispy Kreme store owned by Shaquille O’Neal was burned to a Krisp in Georgia early Wednesday — but the hoops legend is promising a quick rebound.

Videos showed flames ripping through the Atlanta store that has been a landmark for more than 60 years, and was bought by the doughnut-loving sports legend in 2016.

“Yoooo @SHAQ your Donut shop on fire cuz,” one local tweeted as he shared video of the huge blaze that started around 1 a.m.

Two employees escaped uninjured from what Atlanta Fire Rescue called “a fast moving fire” that “gutted the building.” The cause is not yet known, but firefighters were still tackling “hot spots” more than six hours later.

Shaq — who was already a global spokesperson for the doughnut franchise when he bought the iconic location — refused to be blocked.

“I hope no one was hurt and we will bounce back better than ever,” he told 11Alive with a befitting basketball-inspired pun.

His store first opened in the spring of 1965 and was one of Krispy Kreme’s first locations outside its main bases of operation in Winston-Salem, North Carolina and Nashville, Tennessee. It was also famed for its “Hot now” sign out front.