Washington: US President Donald Trump's slapdash, on-again-off-again summit with Kim Jong-un in Singapore on Tuesday will hand the North Korean dictator a diplomatic coup that his father and grandfather never achieved. In North Korea's 70-year history, none of the ruling Kims have met with a sitting American president.

But shaking dictators' bloodied hands is very presidential behaviour. Every modern American commander-in-chief, from Franklin Roosevelt to Barack Obama, has gripped-and-grinned for the cameras with cruel authoritarians. Other presidents may have studied up more for their summits – "I don't think I have to prepare very much," Trump said Thursday, explaining, "It's about the attitude" – yet the results have ranged from debacles to breakthroughs.

Five years after his presidency, Herbert Hoover toured Europe, mostly to pick up awards for his can-do humanitarian effort to feed the war-ravaged continent in the 1920s. In Berlin, Hoover had a 40-minute chat with Adolph Hitler at the Reich Chancellery in March 1938, then dined with Nazi minister Hermann Goring at his hunting lodge. In his conversation with Hitler, Hoover spoke up for personal liberty. The Fuhrer replied that Germany, unlike resource-rich America, could not afford such liberties.

Back home, Hoover denounced the Nazis' "disregard for both life and justice", but he argued the United States should stay out of European conflicts with Germany. He thought Hitler posed a bigger threat to Joseph Stalin's Soviet Union than the West. 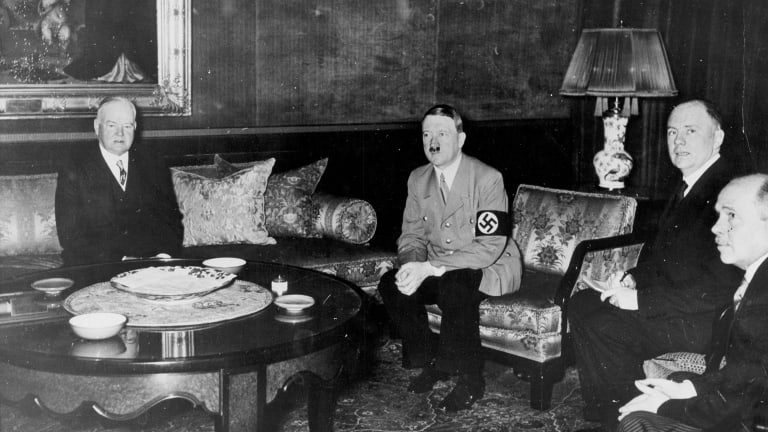 Franklin Roosevelt and Winston Churchill met twice with Soviet dictator Joseph Stalin during World War II, to coordinate the fight against Germany. In Tehran in 1943, Roosevelt and Churchill agreed to open up a second front in Western Europe against Germany, while Stalin agreed to launch an offensive in Eastern Europe to divide Germany's resources. Roosevelt, who had granted diplomatic recognition to the Soviet Union in 1933, thought he had won Stalin's confidence with the promise. But Stalin also pressed for concessions about the borders and governments of post-war Poland and the Baltic states.

Eastern Europe's fate was a key subject when the wary Allies met again at Yalta in March 1945. Inside the Soviet Crimean seaside resort's primitive, bedbug-ridden palaces, and between Stalin's many long vodka-fuelled toasts, Roosevelt and Churchill made concessions to Stalin about Poland's provisional government and borders. They extracted a promise of free elections in Eastern Europe, which Stalin disregarded as soon as he could. 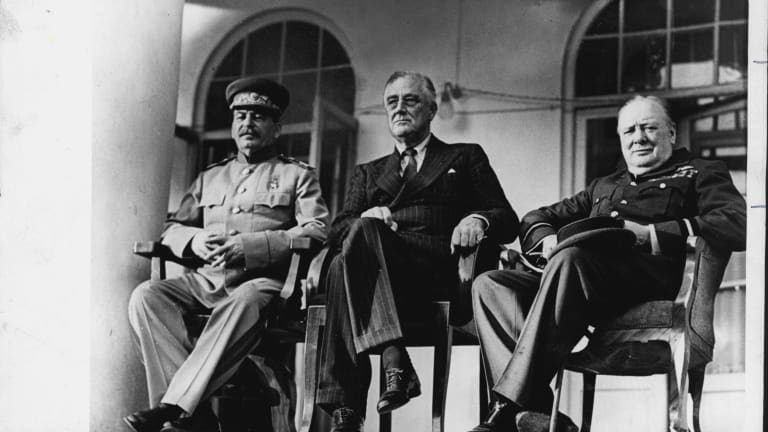 From left: Joseph Stalin, Franklin Roosevelt and Winston Churchill in 1966.

Kennedy gets bullied by Khrushchev

"He just beat the hell out of me," John F Kennedy said after leaving his summit in Vienna with Soviet leader Nikita Khrushchev in June 1961. "If he thinks I'm inexperienced and have no guts," Kennedy told New York Times columnist James Reston, "until we remove those ideas, we won't get anywhere with him."

Kennedy, 44 and newly elected, had agreed to meet Khrushchev five months into his presidency despite advisers' recommendation he take his time. A belligerent Khrushchev, 67, spent two days sparring with Kennedy about Cuba, Laos and Berlin. Afterward, the Soviet told an aide he thought Kennedy "too intelligent and too weak". Many historians say that first impression fuelled Khrushchev's later confrontations with Kennedy: the Berlin Wall's construction later in 1961 and the Cuban missile crisis in 1962. 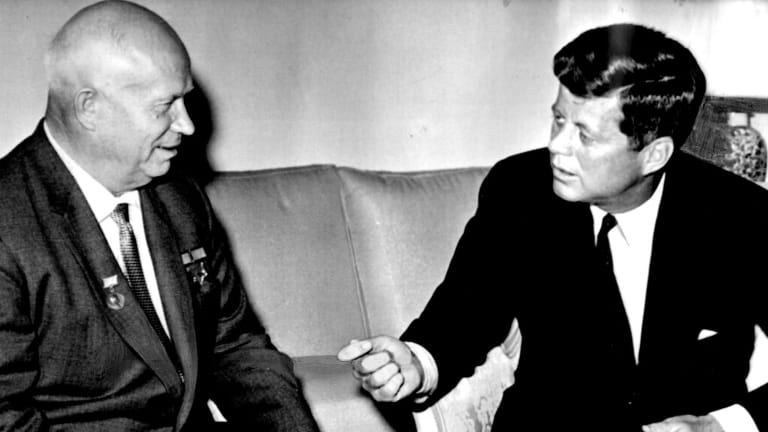 Khrushchev and JFK at their first meeting in Vienna in 1961.

The world, watching on TV in 1972, could scarcely believe it: China's Communist dictators toasting an American president in Beijing, and Richard Nixon, who had launched his career as an anti-Communist, toasting right back. As Nixon toured the Great Wall of China and held long talks with Chinese Premier Zhou Enlai, commentators wondered whether he had accomplished much beyond the photo ops.

Today that rough draft of history looks entirely wrong. The US relationship with the world's most populous nation seems indispensable, if ever-fraught. Washington scored giant pandas for the National Zoo (China got two musk oxen in exchange) and a political metaphor: "Nixon goes to China" remains a shorthand for how hard-liner credibility can build authority for a grand concession. 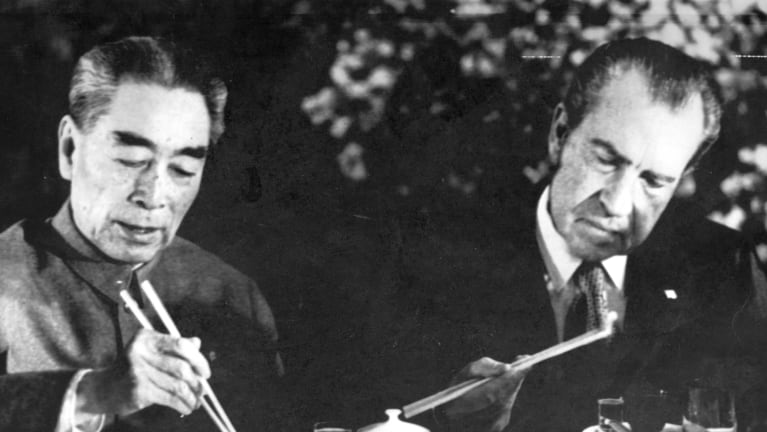 US President Nixon eats with chopsticks at dinner in Shanghai with Premier Chou En-lai AKA Zhou Enlai as he wound up his China visit in 1972.

Indonesia's ruthless general and president, Suharto, oversaw a massacre of 500,000 leftists as he seized power in the mid-1960s. His 1975 invasion and annexation of East Timor left 200,000 dead. Yet American presidents from Lyndon Johnson to Gerald Ford backed Suharto as an anti-Communist force in Southeast Asia.

Ronald Reagan kept up the US support, even welcoming Suharto and his wife with a White House state dinner in October 1982. First lady Nancy Reagan wore "a black and white satin dinner gown by Bill Blass," The Washington Post reported. "President Suharto waved good-bye, his diamond ring flashing in the night." Four years later, Suharto returned the favour, hosting the Reagans in Bali during a meeting of the Association of Southeast Asian Nations. 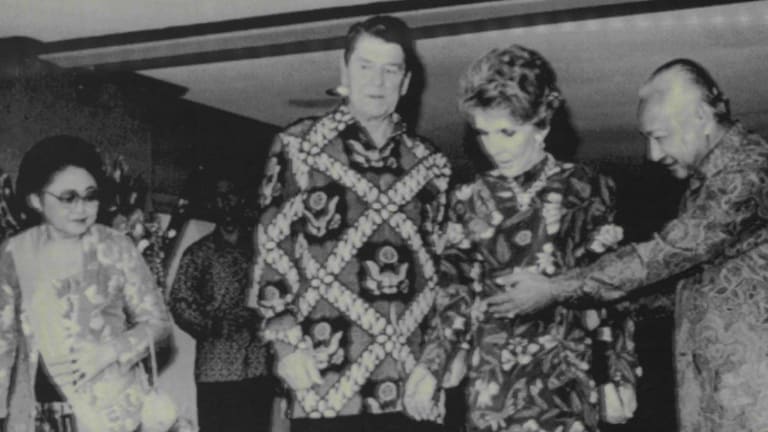 President Suharto of Indonesia directs US President Ronald Reagan and Nancy Reagan to take their places prior to a dinner in Bali in 1986.

Keep in mind that 15 of the 19 hijackers on September 11, 2001, were Saudis. So was the man who ordered the attack: Osama bin Laden. The oil-rich kingdom was then – and remains now – one of the most repressive and religiously intolerant regimes in the world. 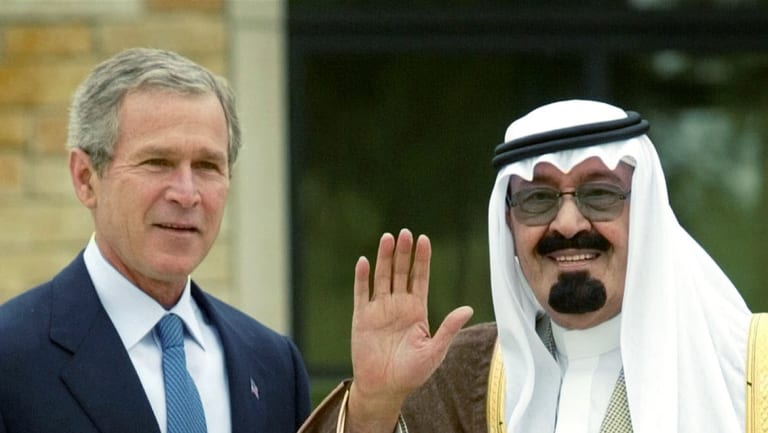 President Bush, left, poses with a waving Saudi Crown Prince Abdullah, right, after the latter’s arrival at Bush’s ranch in Crawford, Texas, in 2002.

Bill Clinton isn't smiling in the official photograph from his 2009 trip to North Korea. He warned his aides not to smile, too. He was all business, officially there as a private citizen (though his wife was secretary of state) to negotiate the release of two American journalists held hostage by the government of Kim Jong-il, father to the current North Korean leader. "We were told that we were going to a meeting," recalled journalist Laura Ling after flying home with the ex-president. "When we walked through the doors, we saw standing before us [former] president Bill Clinton." 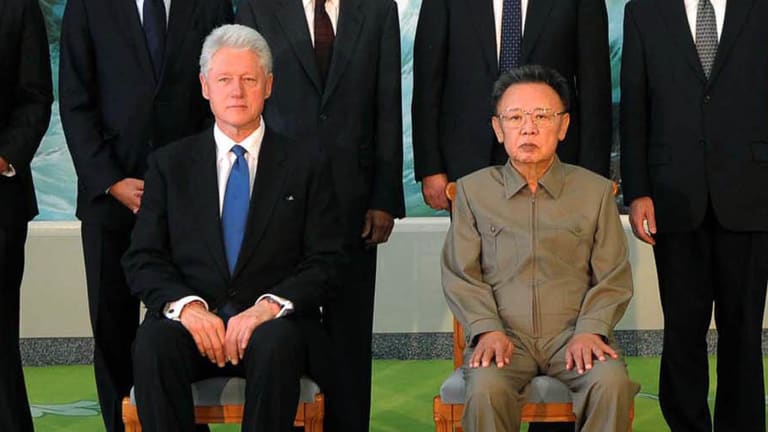 Obama swallows his idealism with Mubarak

For Barack Obama, welcoming Egyptian President Hosni Mubarak to the White House represented a compromise of his foreign-policy idealism. Since 1981, Mubarak had ruled Egypt as a military dictator, with broad arrest powers and a record of police-state torture. The agenda for Mubarak's August 2009 White House visit was an ever-elusive peace between Israel and the Palestinians, a classic example of presidential practicality in dealing with an oppressive ally.

The two men met again in 2010. But Obama reversed course in 2011 amid Egypt's Arab Spring protests, declaring that a transfer of power from Mubarak "must begin now". That helped nudge Mubarak out of power, though critics say it led other US allies to doubt American loyalty. 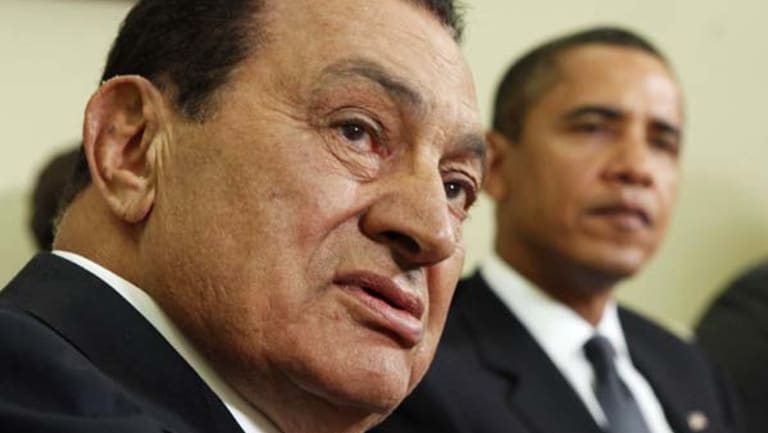 Once upon a time, an asset to the West … Hosni Mubarak is hosted by Barack Obama at the Oval Office in 2009.

Even after the appointment of a special counsel to investigate Russian interference in the 2016 presidential election, Trump spent much of July 2017's Group of 20 summit in Hamburg getting to know Russian President Vladimir Putin better. The two leaders stretched a scheduled half-hour meeting into two hours, then had an unscheduled hour-long chat with only a Kremlin interpreter present.

"Trump's best single relationship in the G20 is with Putin," said Ian Bremmer, a consultant who broke news of the second meeting in Vanity Fair. The friendly chat, after Trump's praise of Putin's authoritarian control of Russia, alarmed other summit-goers. "US allies were surprised, flummoxed, disheartened," Bremmer said. "You've got Trump in the room with all these allies and who is the one he spends time with?" 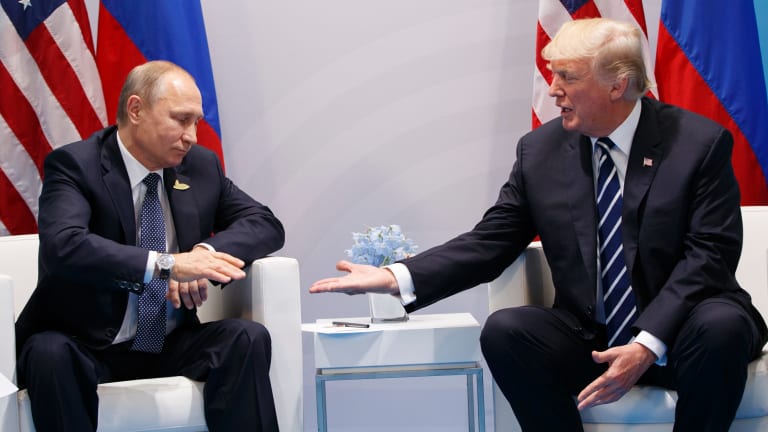