Obsessive hoarder, 69, is run over and killed by church minister after stopping to pick up box on busy motorway 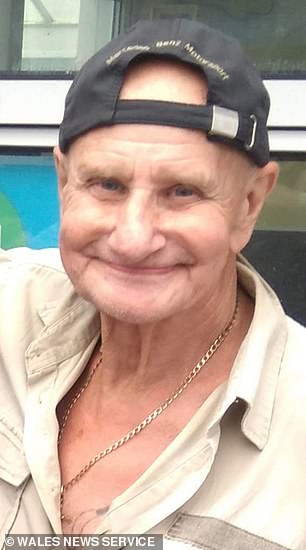 Collector Colin Roberts (pictured above), 69, was run over after stopping to pick up a box on a busy motorway in November last year

An obsessive hoarder was run over and killed by a church minister after stopping to pick up a box on a busy motorway.

Collector Colin Roberts was hit by the Audi 4×4 after jumping out on the hard shoulder near Swansea, South Wales, to get an orange box.

Colin saw the shoebox-sized parcel on the M4 as he drove his haulage company van and is believed to have gone to see what it was.

The 69-year-old’s family said he was a ‘hoarder who loved to collect things for a rainy day’.

An inquest heard Adriana Fodor, 36, was driving her Audi Q3 to give a service when she hit Colin at 70mph.

The haulage company van driver was sent ‘flying up in the air in a somersault motion’, according to witness Damien Harris, and landed near the hard shoulder.

Ms Fodor said she saw a man in a green vest stood in the centre of two lanes and he was bending over to pick something up.

The church minister said she did her best to avoid him – but struck him with the front passenger side of her car.

A witness said there was ‘no way’ Miss Fodor could have seen Colin earlier because other cars blocked her vision.

Owen Evans said Colin went up in the air in a ‘flipping motion feet first’ and landed in the hard shoulder.

Mr Evans noticed a small shoe-box-sized item on the floor not far from Mr Roberts.

His niece Amanda Aston described her uncle as a ‘hoarder’ – but was ‘life and soul’ and ‘loved by many people’.

She added: ‘He enjoyed making people laugh and had funny stories about his adventures, he loved to play practical jokes on people and knew how to tease people and wind them up.’

Ms Aston said she was not surprised her uncle stopped his van on the hard shoulder, adding he may have felt something hit his van and gone to retrieve it.

Kate Griffiths, owner of the haulage company, said he liked to look through waste at work. 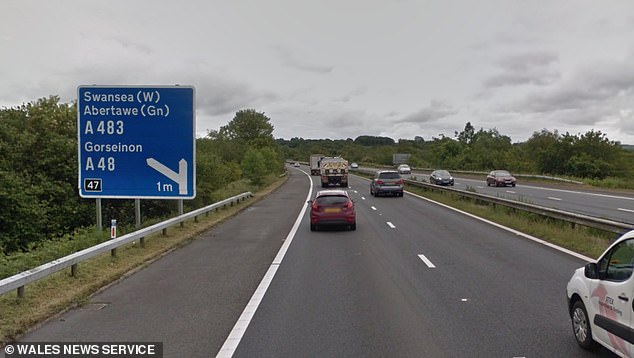 She said he would hoard items, but was not aware of any time he had stopped at the side of the road to collect things.

Colin, of Ystradgynlais, Powys, was killed on the M4 westbound carriageway between junctions 47 and 48 in Grovesend, Swansea on November 30 last year, at around 4pm.

A statement from his family said: ‘Throughout his life he drove lorries and had a passion for motorbikes and more recently he had taken to skiing.

‘That was our Colin, always living life to the full and looking for the next adventure.’

His family said he was known as ‘Col Boy’ and would ‘do anything for anybody’.

‘To lose him in these circumstances is heart-breaking, when he had so much to live for and so much more to give,’ the statement continued.