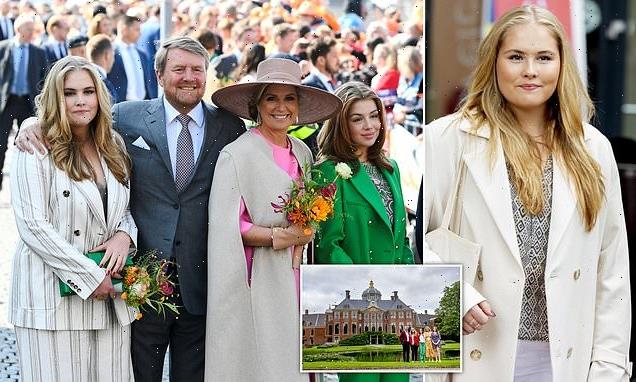 Dutch police have ordered their Princess of Orange to leave her studies in Amsterdam and return home amid fears the mafia is plotting to kidnap her.

Authorities in the Netherlands are ramping up security measures to protect the nation’s Crown Princess Catharina-Amalia, 18, who just weeks ago left her parents’ royal residence in The Hague, to begin her studies in the Dutch capital.

The heir apparent to the throne will now abandon her student accommodation and return to the Huis Ten Bosch royal palace, where she will be kept under a watchful eye by Dutch security services, according to De Telegraaf.

It comes as Catharina-Amalia’s parents, King Willem-Alexander and Queen Maxima of the Netherlands, are in London paying their respects at the funeral of Queen Elizabeth II.

The safety of the teenage princess is in jeopardy due to the nefarious designs of the infamous ‘Mocro Maffia’ – a division of the Moroccan Mafia operating in the Netherlands which is believed to control roughly a third of all cocaine traffic in Europe. 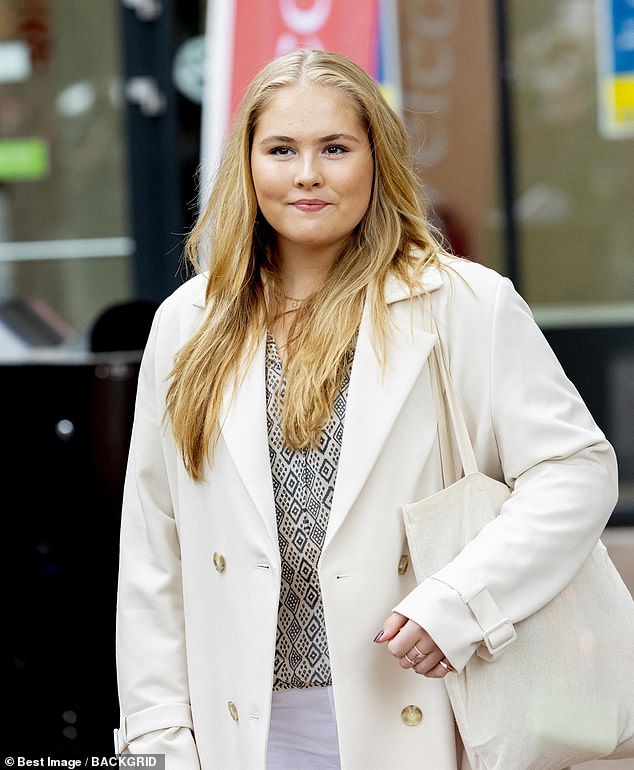 Princess Catharina-Amalia of the Netherlands is pictured at the University of Amsterdam in September. She will now return home to The Hague amid concerns for her safety 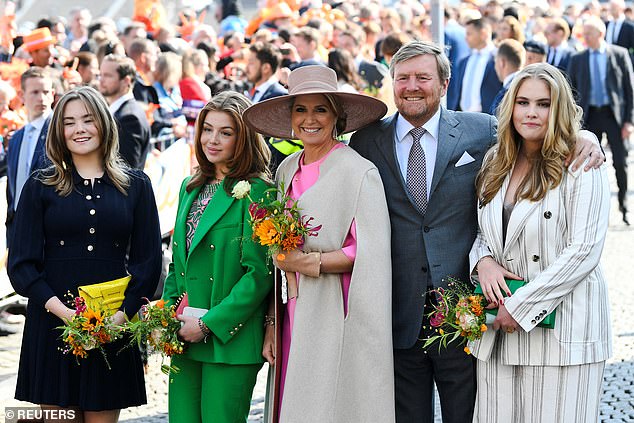 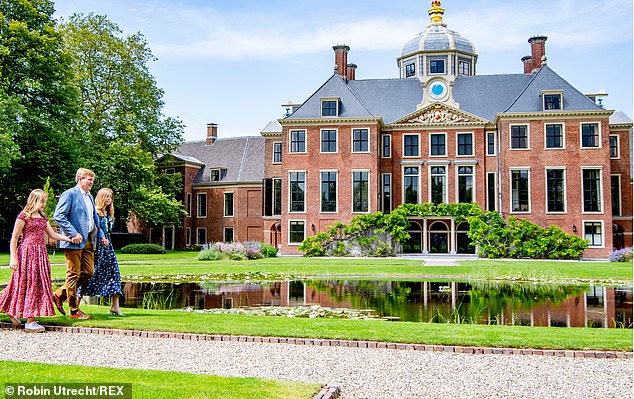 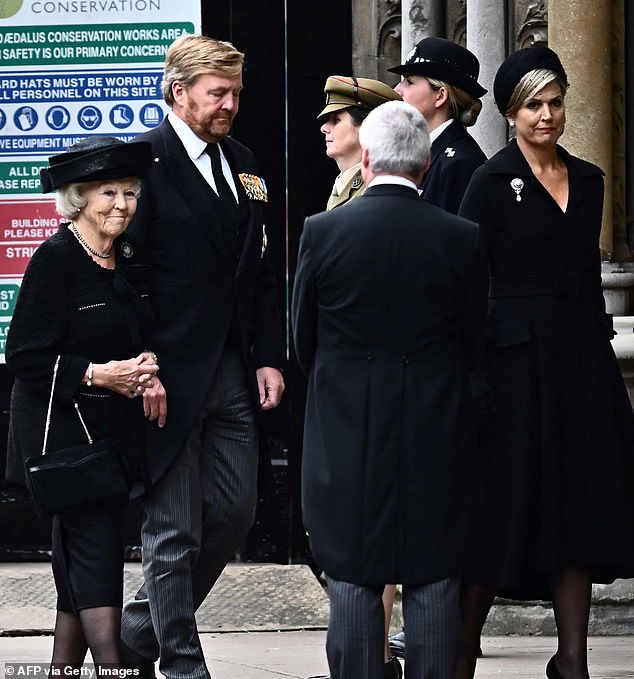 The Dutch-Moroccan leader of the Mocro Mafia, Ridouan Taghi, was arrested in 2019 and is currently in a Dutch prison.

But it is widely believed the criminal mastermind is still pulling the strings from behind bars.

De Telegraaf claimed fears of an attempted kidnapping or attack on the princess were sparked when authorities discovered Taghi had corresponded with one of his cronies who had murdered a Dutch filmmaker in 2004.

The pair sent several letters to one another containing passages from the Koran, which Dutch authorities believe may contain coded messages.

The Mocro Maffia hit headlines in the Netherlands in July last year when prominent investigative journalist Peter de Vries was gunned down in broad daylight in the streets of Amsterdam. 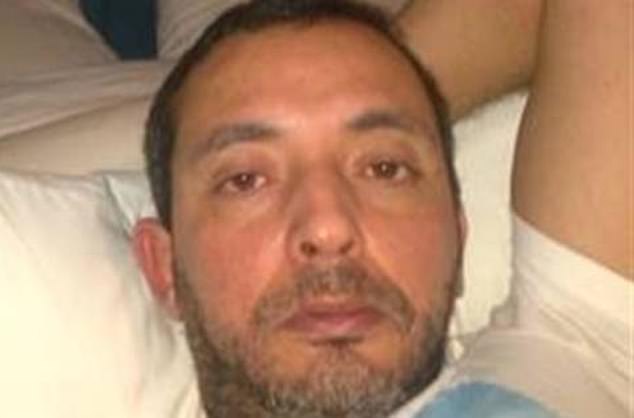 The Dutch-Moroccan leader of the Mocro Mafia, Ridouan Taghi, was arrested in 2019 and currently resides in a Dutch prison, but is believed to be masterminding his gang’s operation from behind bars 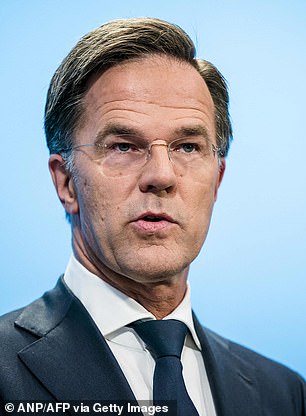 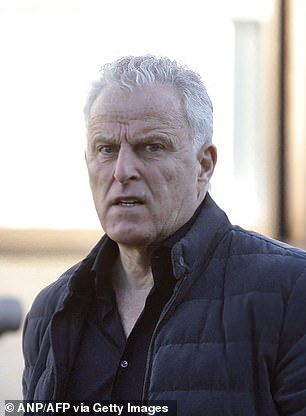 The Mocro Maffia hit headlines in the Netherlands in July last year when prominent investigative journalist Peter de Vries (right) was gunned down in broad daylight in the streets of Amsterdam. Dutch Prime Minister Mark Rutte (left) was also placed under police protection last September amid concerns for his safety 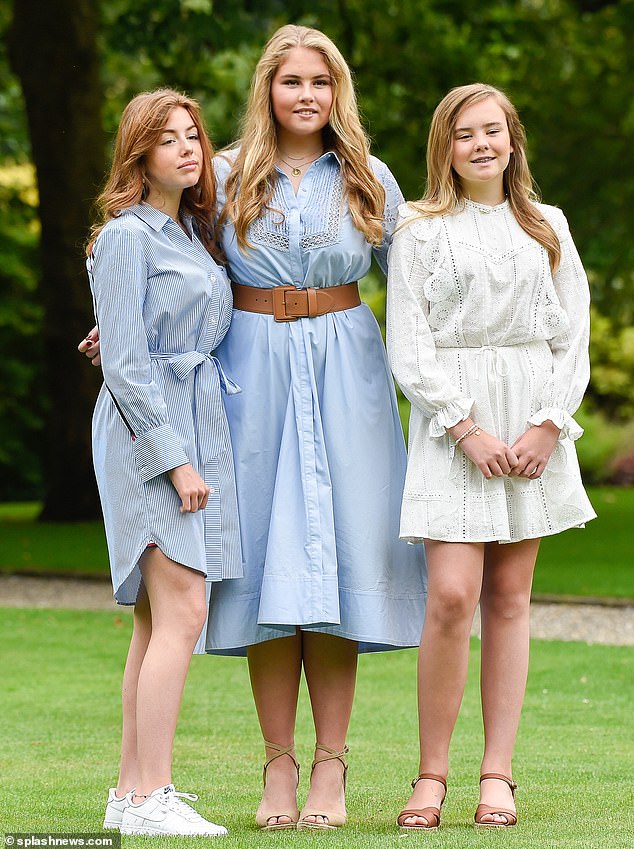 At 18, Princess Catharina-Amalia (C) is known as the Princess of Orange and is the eldest of the King and Queen’s three daughters, making her heir apparent to the throne (Princess Alexia left, Princess Ariane right)

De Vries was in regular contact with a man named Nabil B. – a former mafia member who rolled on his fellow criminals and began giving information to authorities.

Then just months later in September 2021, Dutch Prime Minister Mark Rutte was warned he may also be a target of the Mocro Maffia and was placed under police protection.

He was restricted from travelling by bicycle in public – his main method of transport – and was closely tracked by armed police.

At 18, Princess Catharina-Amalia is known as the Princess of Orange and is the eldest of the King and Queen’s three daughters, making her heir apparent to the throne.

She has two younger sisters, Princesses Alexia and Ariane, aged 17 and 15 respectively.