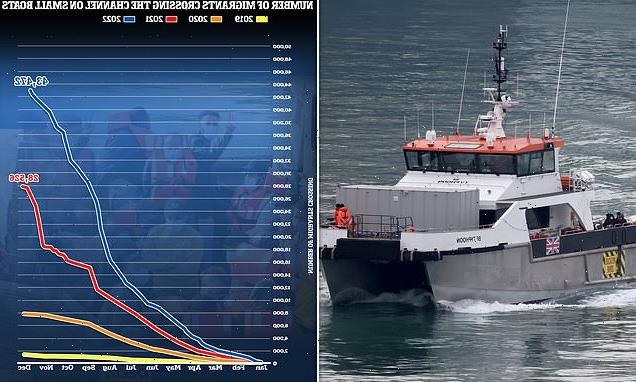 Home Office has processed just 15 PER CENT of the more than 50,000 asylum applications made by Channel migrants since the start of 2018

Just 15 per cent of asylum applications by Channel migrants since the start of the crisis in 2018 have been processed by the Home Office.

New figures show that out of 52,294 claims made by small boat arrivals from northern France over the last four years, a total of 43,476 – or 83 per cent – remain undecided.

Home Office caseworkers have made decisions in only 7,805 of the cases, or 14.9 per cent. The remaining 1,013 cases have been withdrawn.

Of the applications since 2018 which have seen a decision, 4,171 – or 7.9 per cent of the total – were granted asylum status. Only 7 per cent have been rejected so far. 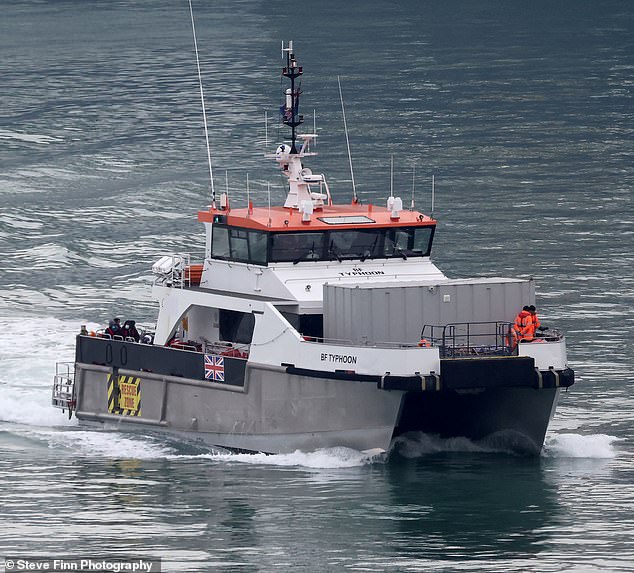 Just 15 per cent of asylum applications by Channel migrants since the start of the crisis in 2018 have been processed by the Home Office. Pictureed: A group of migrants being brought into the Port of Dover today on the Border Force vessel Typhoon 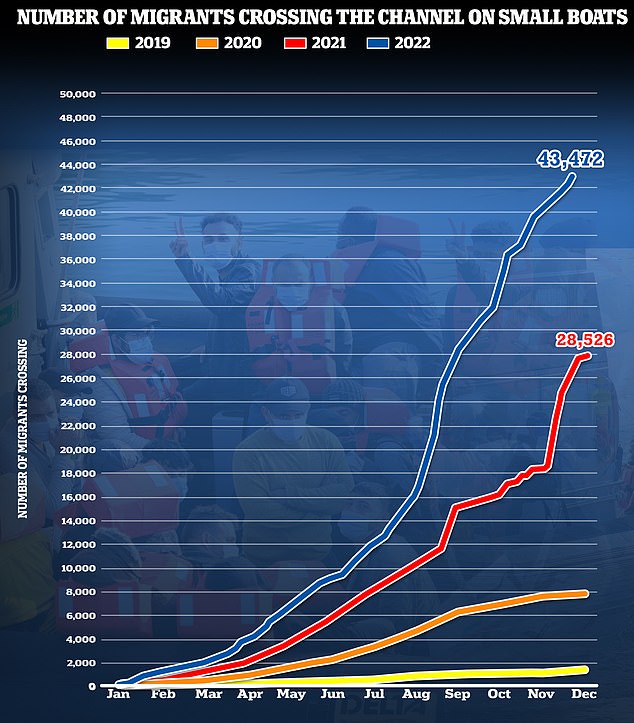 The figures reveal the full impact of the Home Office’s asylum backlog, which has soared by more than 21,000 in three months to 148,533.

Applicants are allowed to remain in Britain at the taxpayers’ expense while decisions are awaited, with many then entering a lengthy appeal process.

More than 40,000 asylum seekers are being housed in hotels at a cost of £6million a day.

The data also gives a breakdown of applications made since the start of this year.

Albanians have made up the largest number of Channel arrivals this year. 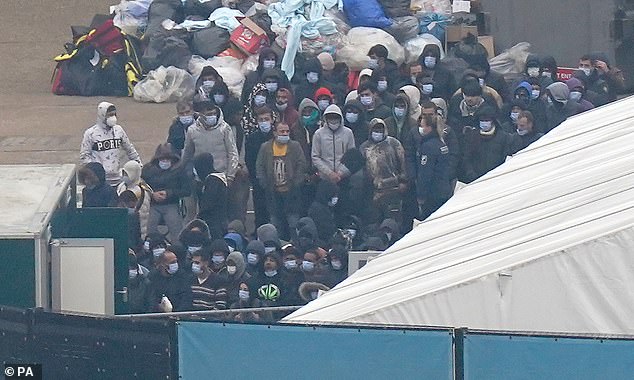 A group of people thought to be migrants wait to be processed after being brought in to Dover, Kent, onboard a Border Force vessel, following a small boat incident in the Channel on November 14 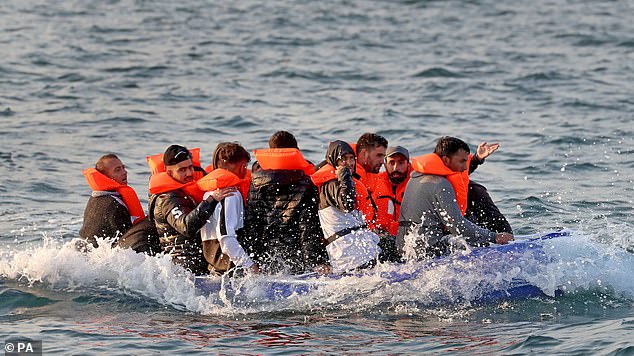 It came as the Ministry of Defence, which has command of UK operations in the Channel, confirmed that 884 migrants reached Britain on Tuesday – the highest number for more than a fortnight.

It means the total number of arrivals since start of the year stands at 43,472.

French officials rescued a further 240 people in difficulties on their side of the Channel on the same day.

Arrivals to the UK continued through the night and into Wednesday morning.

The then-home secretary Sajid Javid first declared a ‘major incident’ when hundreds of people crossed from France by small boat in December 2018.