A CHRISTMAS Grinch who sent an anonymous letter to a neighbor chastising them for their light display has been mocked for claiming the decorations have a "harmful impact".

Nurse Kim Hunt, who has "one string of lights and a lighted wreath on (her) house", was one of at least three St. Anthony, Minnesota residents who received the "ridiculous" letter on Monday, according to her. 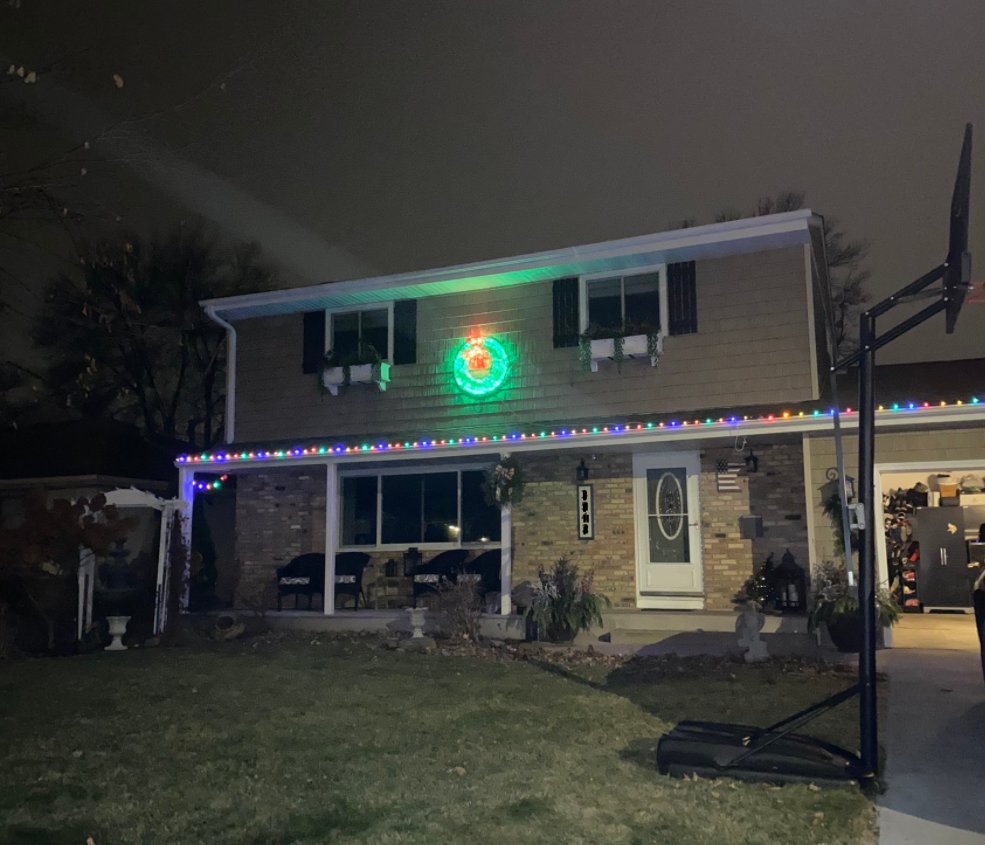 Later that day, she uploaded it online and the post was picked up and shared by CrimeWatch Minneapolis.

"The idea of twinkling, colorful lights are a reminder of divisions that continue to run through our society, a reminder of systemic biases against our neighbors who don't celebrate Christmas or who can't afford to put up lights of their own," it read.

"We must do work of educating ourselves about the harmful impact an outward facing display like yours can have." 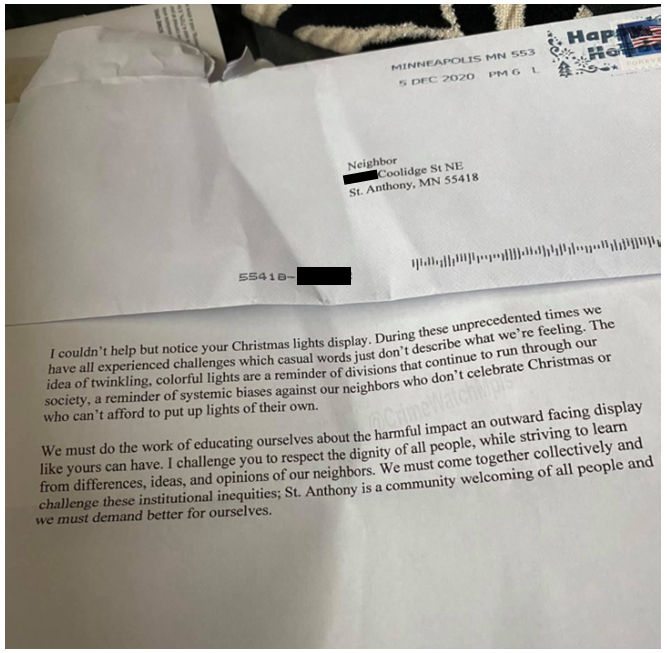 The note went on to school the resident on the importance of "respect(ing) the dignity of all people, while striving to learn from differences, ideas, and opinions of our neighbors."

"We must come together collectively and challenge these institutional inequities," it continued.

"St. Anthony is a community welcoming of all people and we must demand better for ourselves."

Twitter users encouraged Hunt to "double your lights" and "put a whole herd of reindeer on your lawn" to spite the person who wrote the letter.

“Saw this coming a long time ago. ‘If I can’t have it nobody can’ or ‘if they have it we all deserve it’ that’s not life,” retired Baltimore Ravens quarterback Derek Anderson wrote.

Another user pointed out the irony that the writer is "doing exactly what they accuse the homeowner of doing- not being accepting of others."

"I would redouble my lights," they added.

Others commented, “If that letter was sent to me I’d spend every penny I have to light my house up to make Clark Griswall proud!”, and “Merry Christmas, Happy Holidays! Celebrate and KEEP Celebrating! ignore the jealous witch."

On Twitter, Hunt said she was shocked when (she) opened the letter but that she "has (her) suspicions" as to who the author is.

"I guess I will be adding a lot more (lights) this weekend if I don’t end up working," she wrote.