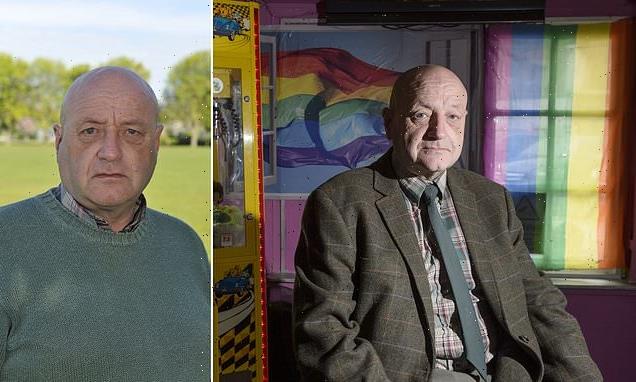 A homophobic couple who tortured a former magistrate in his own home after he came out as gay have today been jailed for a total of nearly six years.

Vince McMahan had a fire-poker forced down his throat and was beaten to the floor in a shockingly brutal attack at his home in Canterbury, Kent.

After 25 years of keeping his sexuality a secret, the former Canterbury City councillor told a local newspaper how having a heart attack at a gay bar made him realise he ‘couldn’t live a lie anymore’ in June 2018.

But nearly a year after the story was first published, Stuart Holland – a carpenter who had done work for Mr McMahan – along with his partner Joanna Bath went to his house to launch the savage assault.

The couple claimed in court that the attack was a row over money and not homophobic.

Both defendants were invited into the house but then Holland, 45, attacked Mr McMahan, battering him with a fire-poker before ramming it down his throat, while Bath, 46, drew a cosh from her handbag and cracked Mr McMahan over the head. 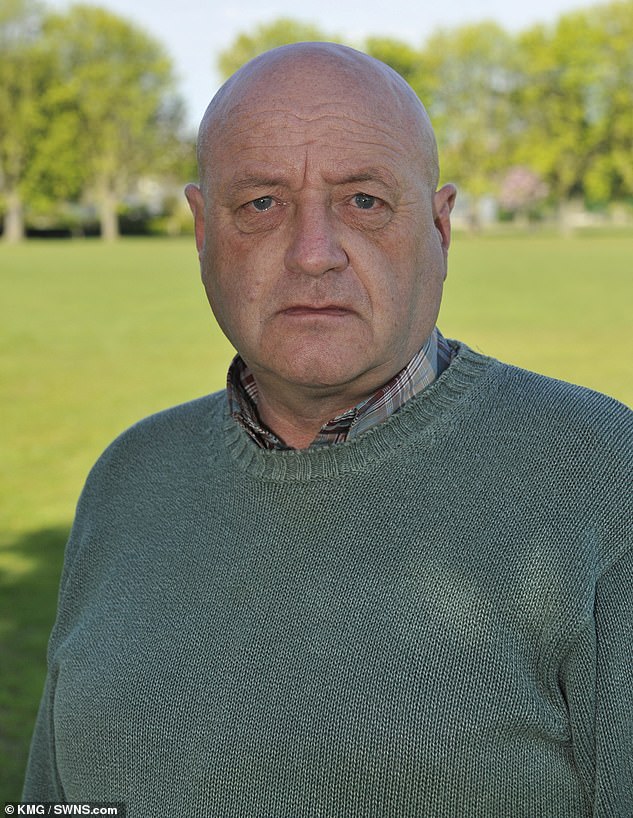 Father-of-three Mr McMahan told police the assault left him afraid to leave his home. He died of causes unrelated to the attack 18 months later towards the end of last year.

Stuart Holland, 45, rammed a fire-poker down his throat, while Holland’s partner Joanna Bath, 46, drew a cosh from her handbag and cracked Mr McMahan over the head.

Appearing at Canterbury Crown Court today, Holland was sentenced to three years for actual bodily harm and theft, while Bath received a 27-month jail term for the same offences.

Bath was also handed an additional three years in jail for previous drugs and shoplifting offences, to be served consecutively.

After the attack, the former magistrate told police: ‘I am shaken by this incident because I wouldn’t expect to be attacked in my own home – I’m also upset about being targeted and attacked because of my sexuality.

‘This incident has made me very wary to leave my address in case I bump into [the pair] in the street.’ 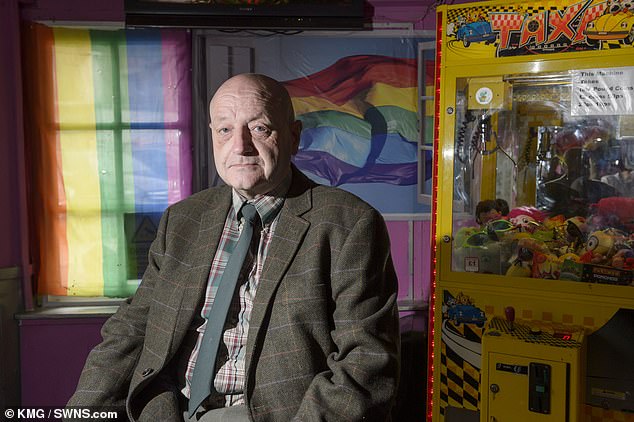 After 25 years of keeping his sexuality a secret, the former Canterbury City councillor (pictured) told a local newspaper how having a heart attack at a gay bar made him realise he ‘couldn’t live a lie anymore’ in June 2018

At an earlier hearing, prosecutors told how the couple targeted Mr McMahan after reading an article in The Kentish Gazette where he opened up publicly about his sexuality.

James Ross, prosecuting, explained Mr McMahan found disclosing that he was gay as ‘a weight off his shoulders’.

Holland and Bath knocked on Mr McMahan’s door at 10.30pm, and were invited inside, as the defendant had recently done some carpentry work for him.

Mr Ross told the court: ‘While all sitting in the living room Stuart Holland made a comment about Vincent McMahan’s sexuality.

‘Vincent McMahan said in the local press that he was gay, a magistrate, and it as a great weight off his shoulders.’

Holland repeatedly slapped Mr McMahan and called him ‘queer’, then thrashed him with a nearby fire-poker.

‘After Holland used the poker, Bath then got up and slapped Mr McMahan a few times, she then took an implement from her handbag and used this to hit Mr McMahan on the back of the head.’ 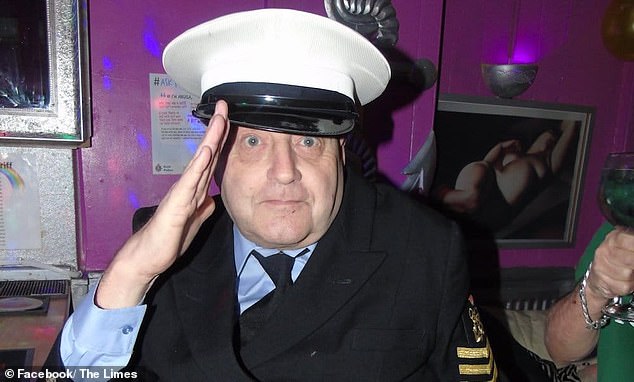 Vince McMahan at Canterbury gay bar The Limes. The attackers claimed in court that the attack was a row over money and not homophobic

Both levelled unfounded sexual allegations towards Mr McMahan calling him ‘a pervert’, the court was told.

The barrister labelled the attack ‘gratuitous degradation’, adding: ‘It was at this point Mr Holland grabbed him and inserted the poker into his mouth, causing him to gag.’

Mr McMahan had recently employed Holland to carry out carpentry work on his Canterbury home, meaning he could come and go as he pleased.

And Mr McMahan ‘didn’t expect anything was wrong’ when he invited Holland and Bath into his home, just minutes before the attack unfolded in March 2019.

Both defendants pleaded guilty last week to causing actual bodily harm and theft while a charge of joint enterprise robbery was asked to lie on file.

Her barrister Phil Rowley said Bath lost her way after being the victim of an assault, adding: ‘The effect upon her was traumatic.’

He said she was an addict at the time of her offending, played a ‘lesser-role’ and had cleaned up her act in prison.

Keiran Brand, representing Holland, said his client assaulted Mr McMahan in an unresolved row over money rather than a homophobic attack.

At today’s sentencing hearing, Judge James O’Mahony said: ‘Mr McMahan tried to dial 999 to get help but that was prevented by Joanne Bath snatching the phone and preventing him from doing so.

‘Stuart Holland then grabbed Mr MacMahan and inserted the poker into his mouth causing him to gag.’

Holland was found hiding in his loft and Bath, who had no previous convictions for violence, told officers following her arrest: ‘I’m so sorry it went too far, nobody was meant to get hurt.’

Judge O’Mahony said the homophobic nature of the attack pushed the deserved punishment ‘above the sentencing guidelines’.

He added the use of a weapon, the victim’s degradation and vulnerability, abuse of trust and homophobic hostility created a ‘clean sweep of every box’ for higher culpability.

The judge explained Holland’s previous criminal record for violence was an aggravating element of the attack.