HONG KONG (Reuters) – Embattled Hong Kong leader Carrie Lam unveiled a package of property measures on Wednesday aimed at restoring confidence in her administration after more than four months of anti-government protests in the Chinese-ruled city. 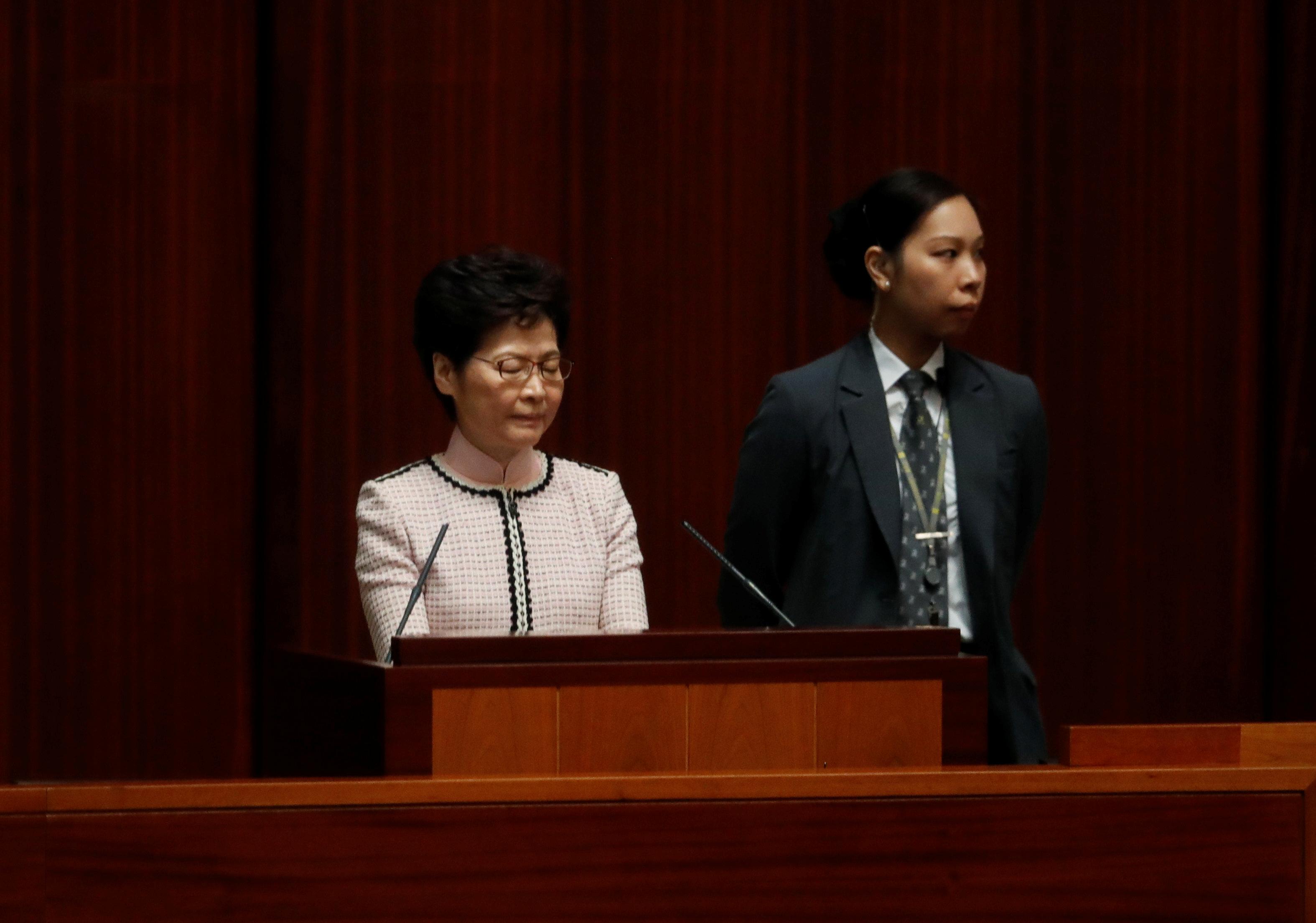 Here are some highlights of Beijing-backed Lam’s pre-recorded speech:

– To drastically increase transitional housing projects to provide 10,000 units in next three years

– Plans to accelerate the sale of 42,000 units of public housing under tenants purchase scheme

– To use land resumption ordinance to boost land supply, with 450 hectares (1,112 acres) earmarked in New Territories East, where the government will claim back about 700 hectares (1,730 acres) of private land from developers, of which 400 acres (162 hectares) is targeted in the next few years

– In mid-August, the government lowered the 2019 economic growth forecast to a range of zero to  1%

– Labor market faces layoff pressure in the near term