Hong Kong police have used water cannon against anti-government protesters for the first time during a second successive day of demonstrations in the former British colony.

There have been skirmishes between officers and brick-throwing activists following a pro-democracy march in Kwai Fong in the New Territories, where tens of thousands of people took to the streets.

A large crowd attended a rally in a park but another group of protesters took over a main street nearby, putting up barricades with traffic barriers and cones. 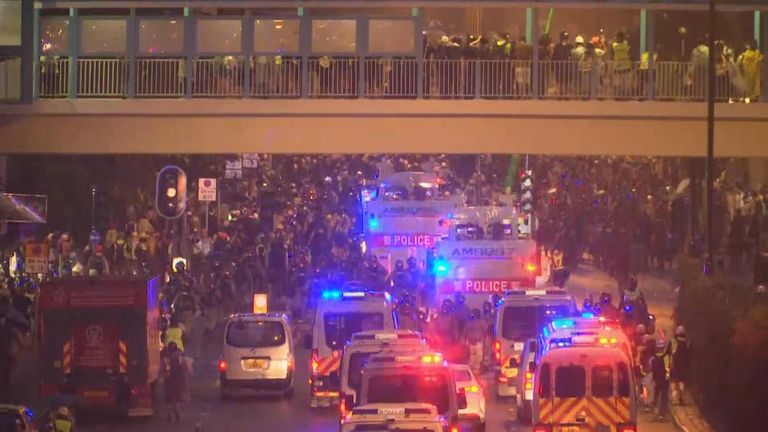 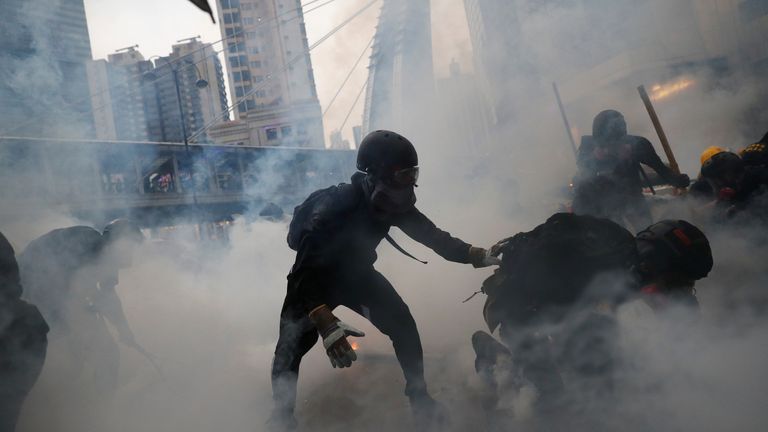 Police tried to disperse them by firing tear gas but protesters reacted by hurling bricks and other objects towards the officers in the Tsuen Wan area.

At least one petrol bomb was thrown by protesters, some of whom then moved down narrow side streets where the water cannon could not follow.

Police said: “Some radical protesters have removed railings… and set up barricades with water-filled barriers, bamboo sticks, traffic cones and other objects.

“Such acts neglect the safety of citizens and road users, paralysing traffic in the vicinity.”

The violence came a day after similar clashes in the Kowloon Bay district, where authorities arrested 29 people for offences including unlawful assembly, possession of offensive weapons and assaulting police officers.

Two crowd-control vehicles fitted with water cannons were deployed on the streets on Sunday. 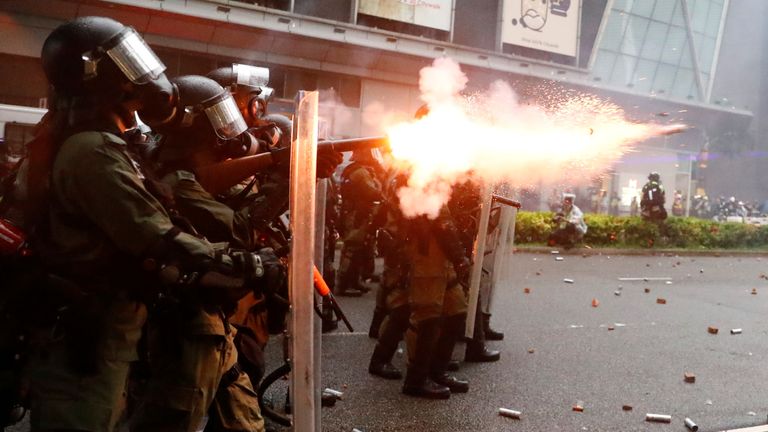 Two cannons on the roof can fire more than 1,200 litres of water a minute over a distance of 50 metres. The water can be mixed with tear gas or liquid dye as well.

The cannons should only be aimed at the lower limbs of the protesters, according to guidelines.

An assistant commissioner of police overseeing operations is allowed to authorise deployment of the water cannon after assessing threats.

The trucks arrived in the city in May last year. 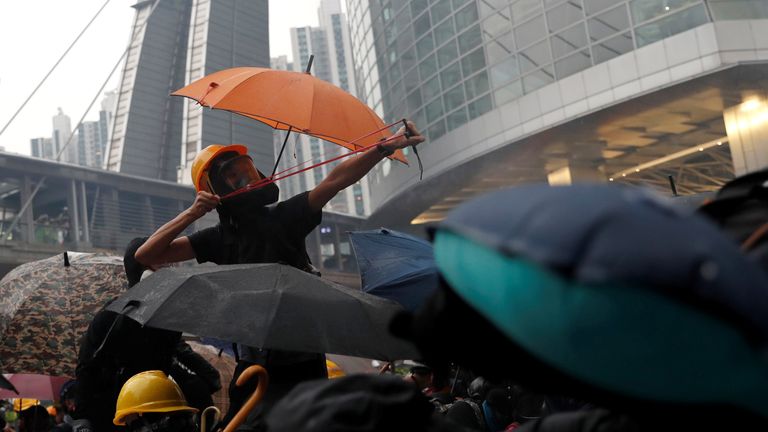 The latest wave of demonstrations began almost three months ago over a now-suspended bill which would allow criminal suspects in Hong Kong to be extradited to mainland China.

The protests are also fuelled by concerns about the erosion of freedoms guaranteed under the “one country, two systems” formula that was put in place after the territory returned from UK to Chinese rule in 1997. 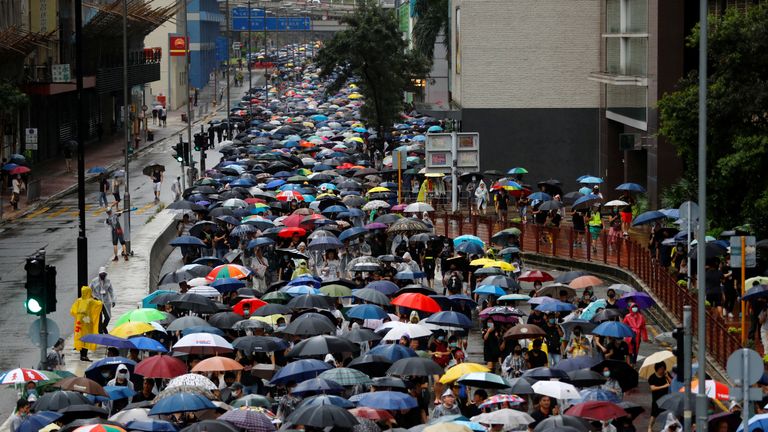