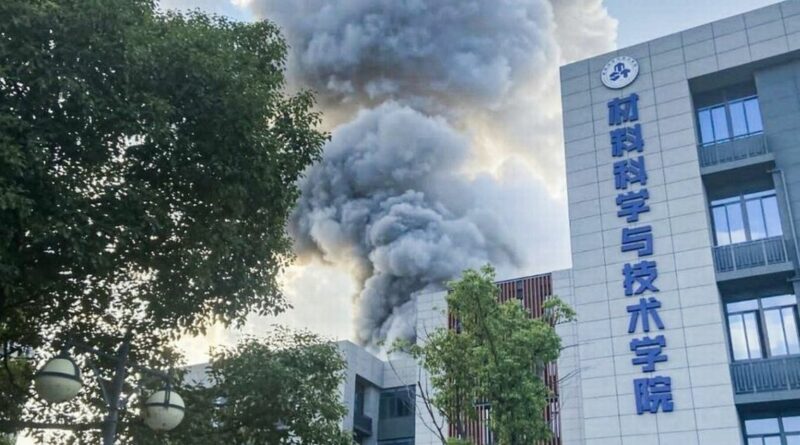 Two people have been killed and nine injured in a laboratory explosion today (Sunday 24 October) at the top national aerospace university in China.

The explosion happened just before 4pm (9am GMT) at the Jiangjun Road campus of the Nanjing University of Aeronautics and Astronautics in east China.

The university is known in the communist country as being the cradle of its cutting-edge aerospace technology.

The city's fire service took to Weibo – China's version of Twitter – and wrote: “Two people died and nine were injured. The reason for the explosion is under investigation and rescue work has ended."

Videos posted online show a huge plume of smoke billowing from the building following the explosion.

This is not the only explosion to have taken place in research institutes in China this year.

On 31 March, a laboratory blast at the Institute of Chemistry of the Chinese Academy of Sciences in Beijing killed a graduate student, while three students were injured in a lab explosion in a Shanghai university in 2016.

The explosion occurred in a laboratory of the school of chemistry, chemical engineering and bioengineering at Donghua University.

A Weibo user posted today: "Hope colleges can conduct safety investigation in the labs to prevent any tragedy like this."

Chemists in China have long been calling for improvements to the safety in laboratories at research institutions following many previous incidents that have reflected a "systematic negligence of safety".

National authorities in China also ordered corrections in the production, sale, transportation and storage of dangerous chemicals – with comprehensive safety inspections at every stage – following yet another explosion almost three years ago.

On 26 December 2018, an explosion occurred at a laboratory of environmental engineering at Beijing Jiaotong University which killed three students.

As a result, 12 officials from the university were punished.