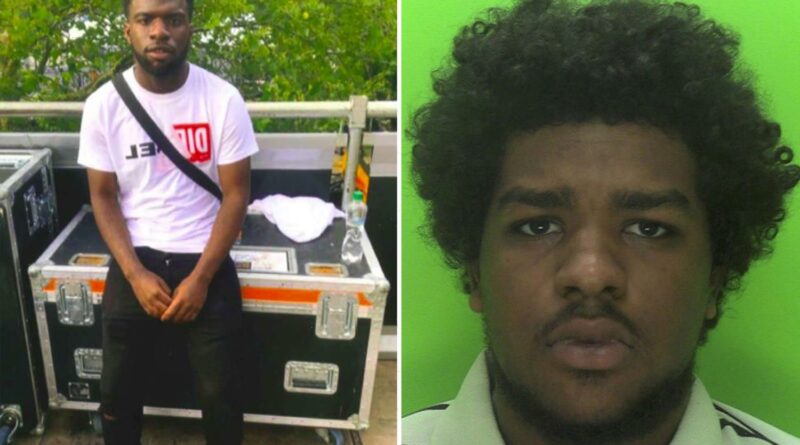 HORRIFYING footage shows the final moments of a YouTube music star stabbed to death with a "fearsome sword".

Keany Kissingou-Mabiala, 20, from Nottingham, was talking to his bank on the phone when Mazin Abdelmonim, 19, attacked him “out of the blue” in front of horrified shoppers. 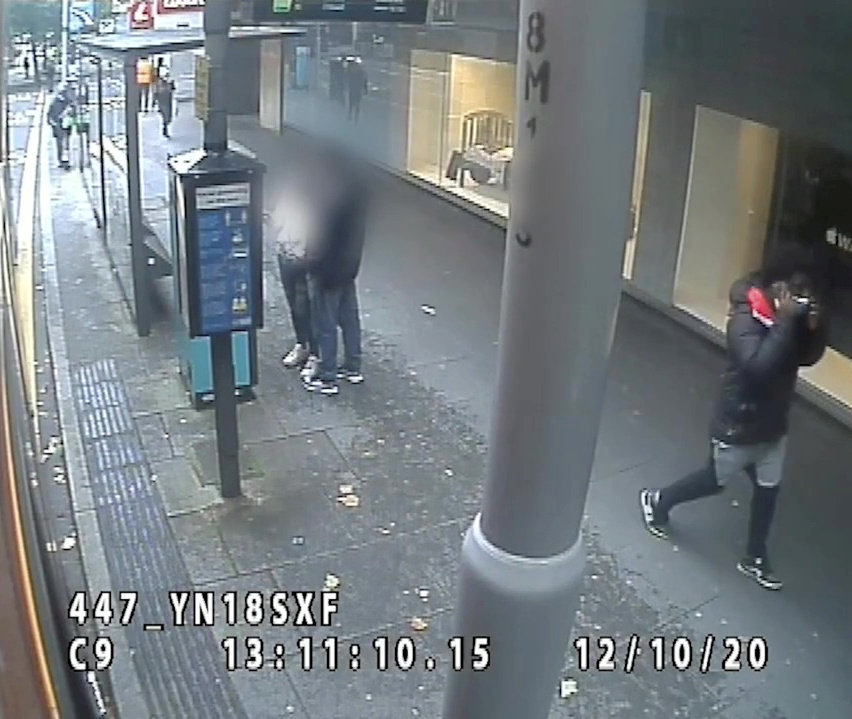 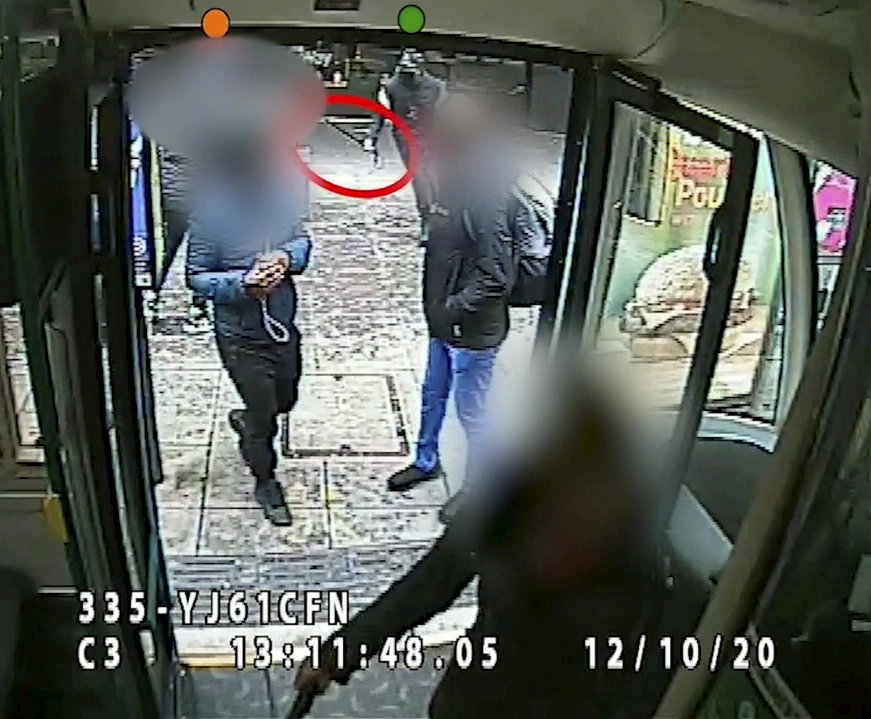 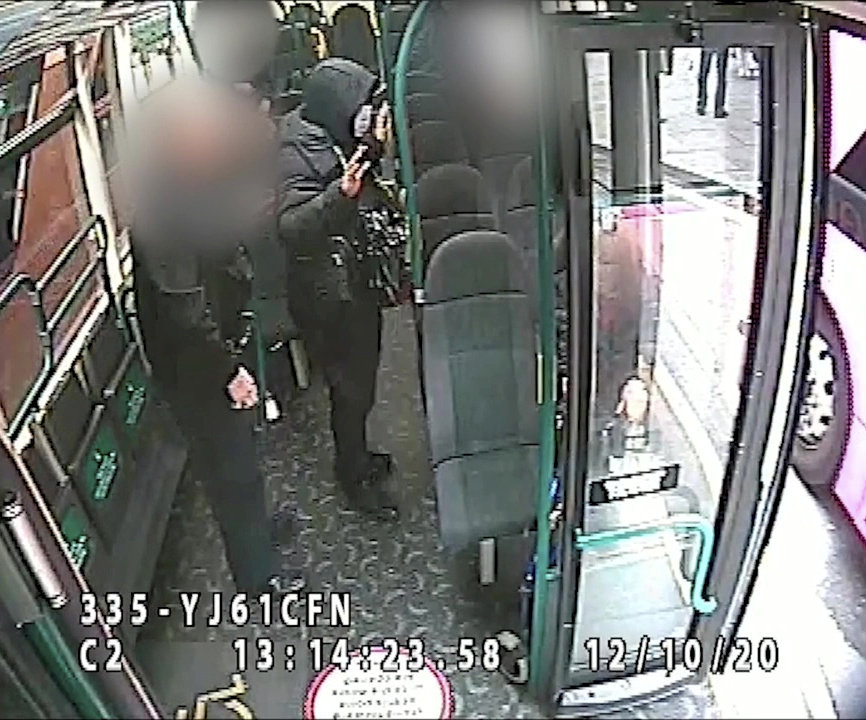 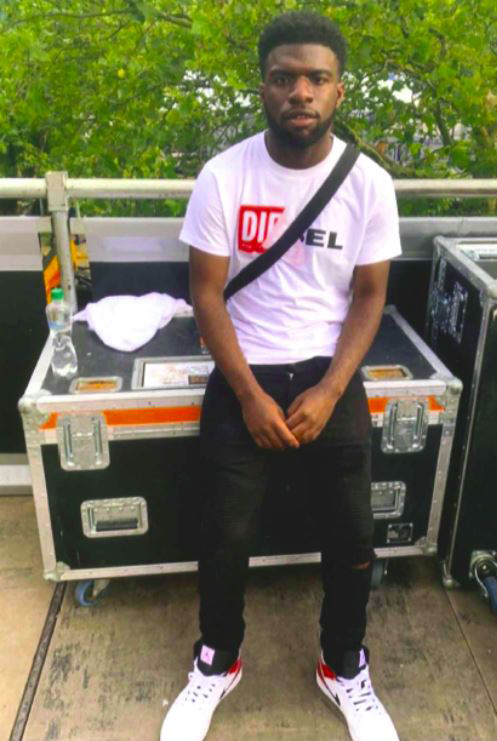 Keany was stabbed twice in the chest before he took several steps and fell to the ground outside the Victoria Centre, Nottingham, on October 12, 2020.

Members of the emergency services desperately tried to save him but he was pronounced dead at the scene.

Abdelmonim, who did not know his victim was found guilty on June 4 at Nottingham Crown Court and was jailed for life, for a minimum of 20 years.

Nottinghamshire Police released CCTV footage yesterday showing Abdelmonium running away from the scene while brandishing a large sword in his hand.

Cops arrested Abdelmonim the day after the attack as they managed to trace him using a phone he had dropped at the scene.

Abdelmonim’s co-defendant, Davarnay Parris, 18, who was present during the attack, had previously pleaded guilty to possession of a knife and possession of cannabis.

CCTV footage showed Parris running onto a nearby bus after he had been refused entry into a taxi. 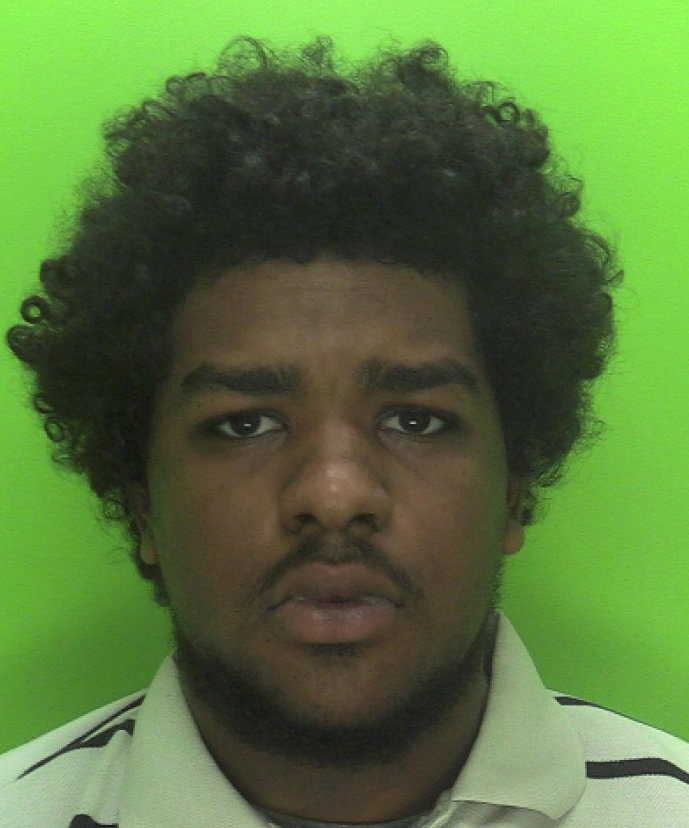 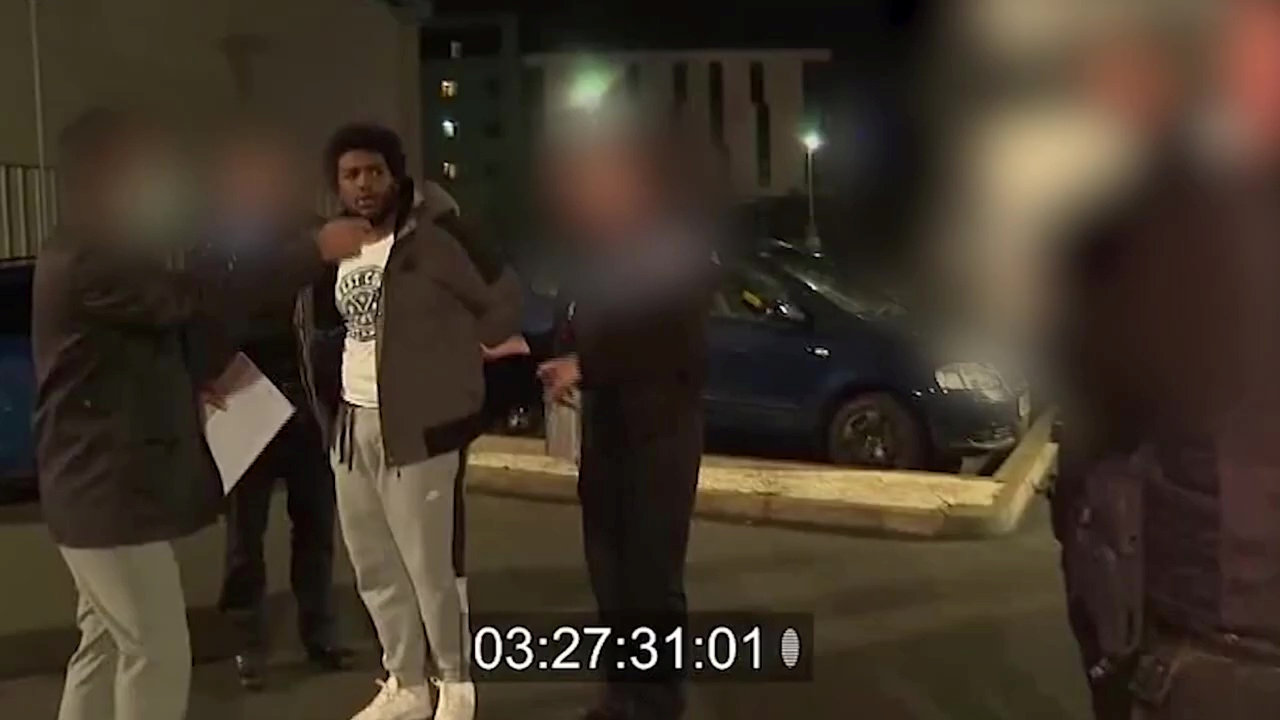 Parris was later arrested on the bus.

Parris was found not guilty of murder and handed a conditional discharge for two years.

Cops said Keany had been targeted “out of the blue”. 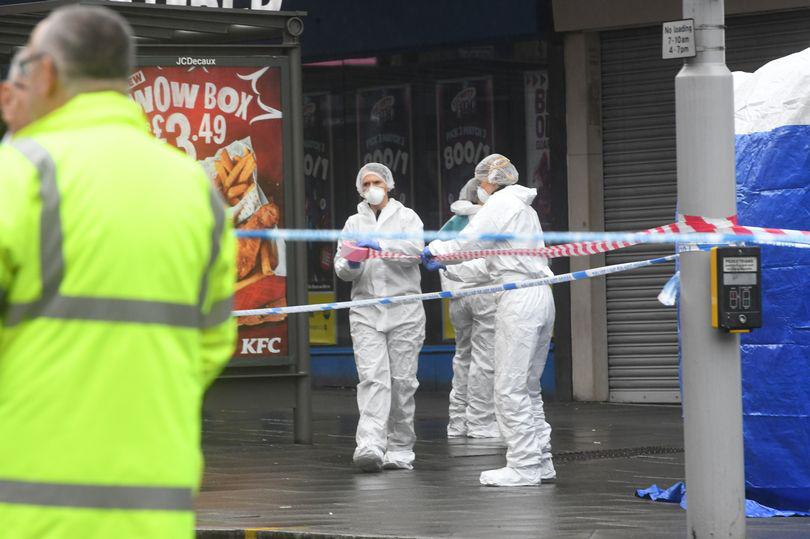 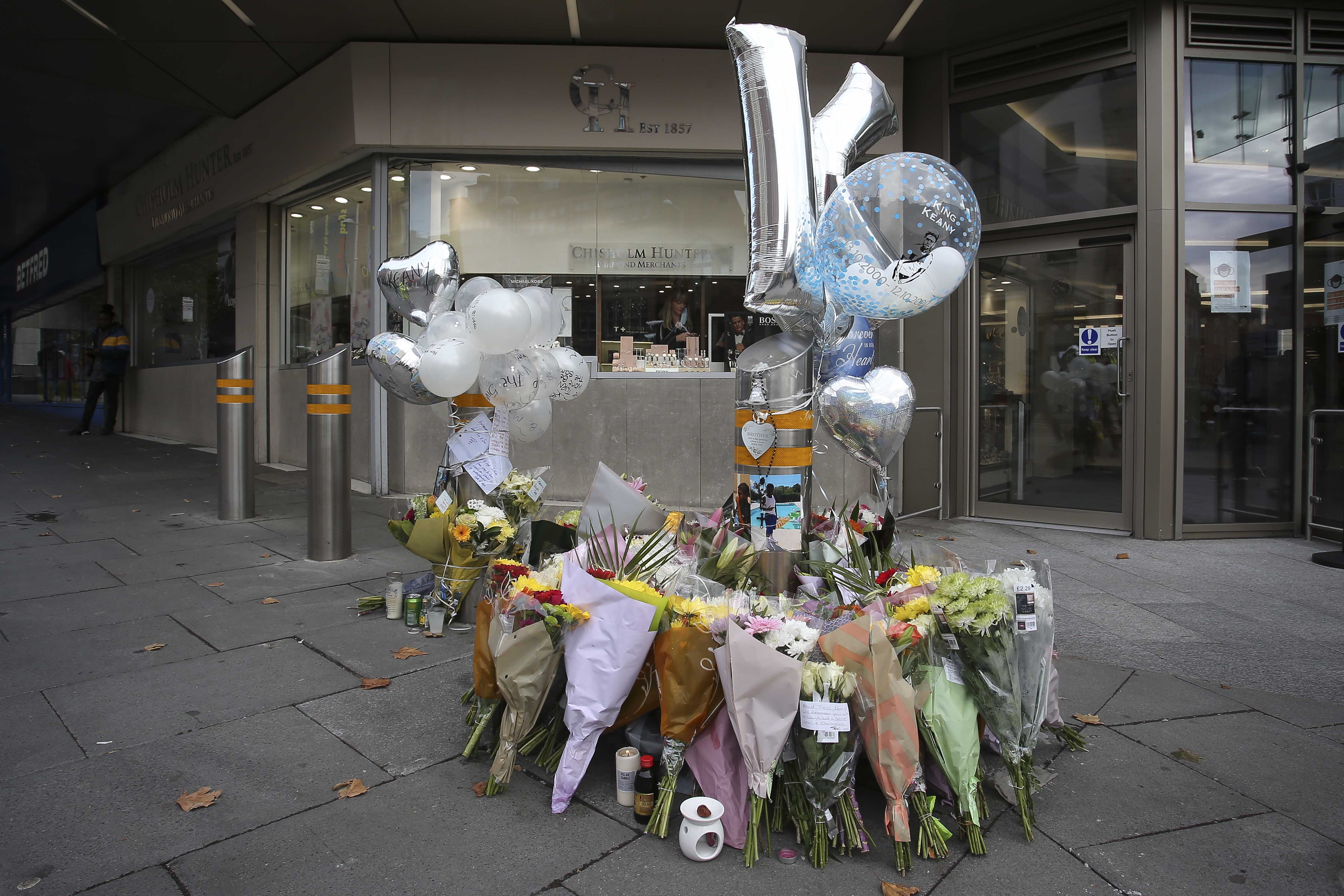 Detective Inspector Steve Wragg said: “Keany had his whole life ahead of him. He had a promising music career, he had dreams and aspirations.

“They were taken away from him when Abdelmonim attacked him out of the blue using a truly fearsome weapon.

“He was minding his own business walking through a busy city centre street in the middle of the day.

“It's truly tragic that this happened and a man is going to pay the price for his reckless stupidity.

“One person has lost his life and another has thrown his away in this incident. The impact this will have on each of their families is unimaginable.

“Our thoughts are with Keany's family who have been supported by specially trained officers throughout this investigation.

“The one thing to take away from this is to send a clear message to people who carry knives – if you carry one, you are likely to use it and this is the result.

“If you use it, we will arrest you and you will go to prison, it is as simple as that.

“If you are worried about a friend or family member who may be carrying a knife, please speak to them and help them understand just how serious the consequences are.”