Oliver Petrovski, who inspected the macabre discovery in the Macedonian capital of Skopje, believes occultists are responsible. 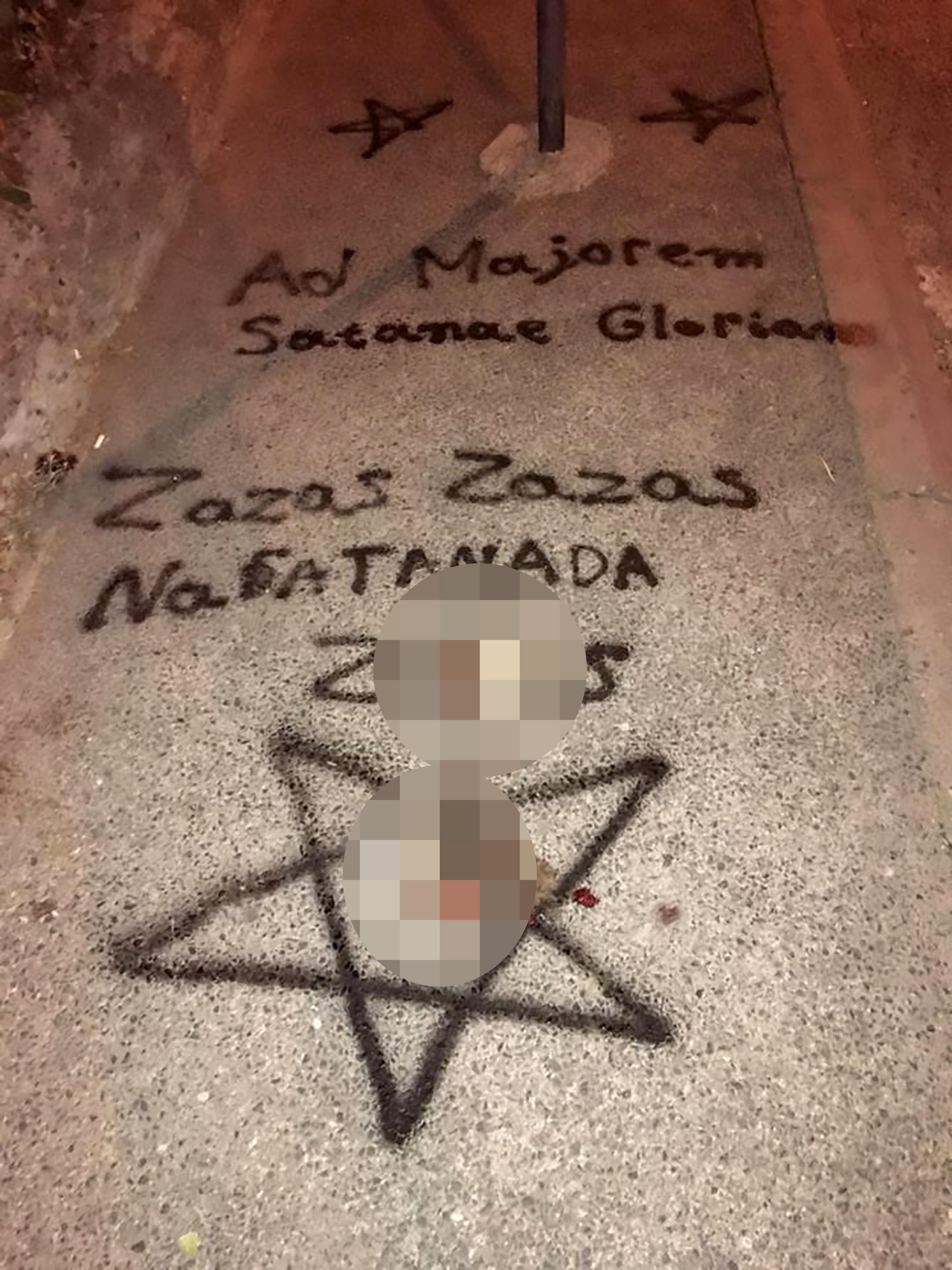 The two halves of the kitten were found on a pavement by horrified residents, with the writing above the corpse.

The poor animal's back legs and tail were inside a downward-facing pentagram and its head and front legs were nearby.

One piece of text, spray-painted in Latin, read "ad majorem sathanae gloriam" which translates to "glory to Satan". 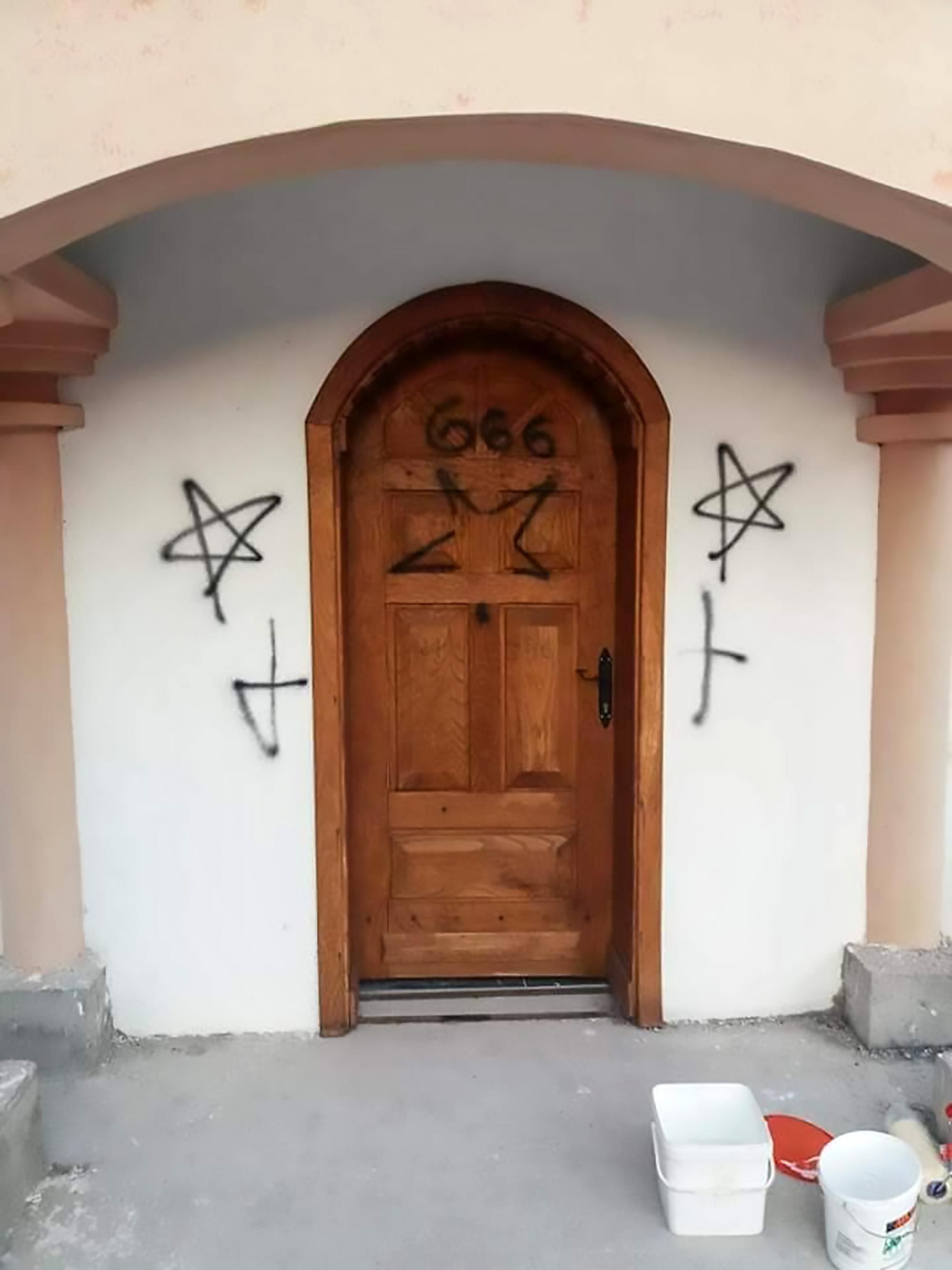 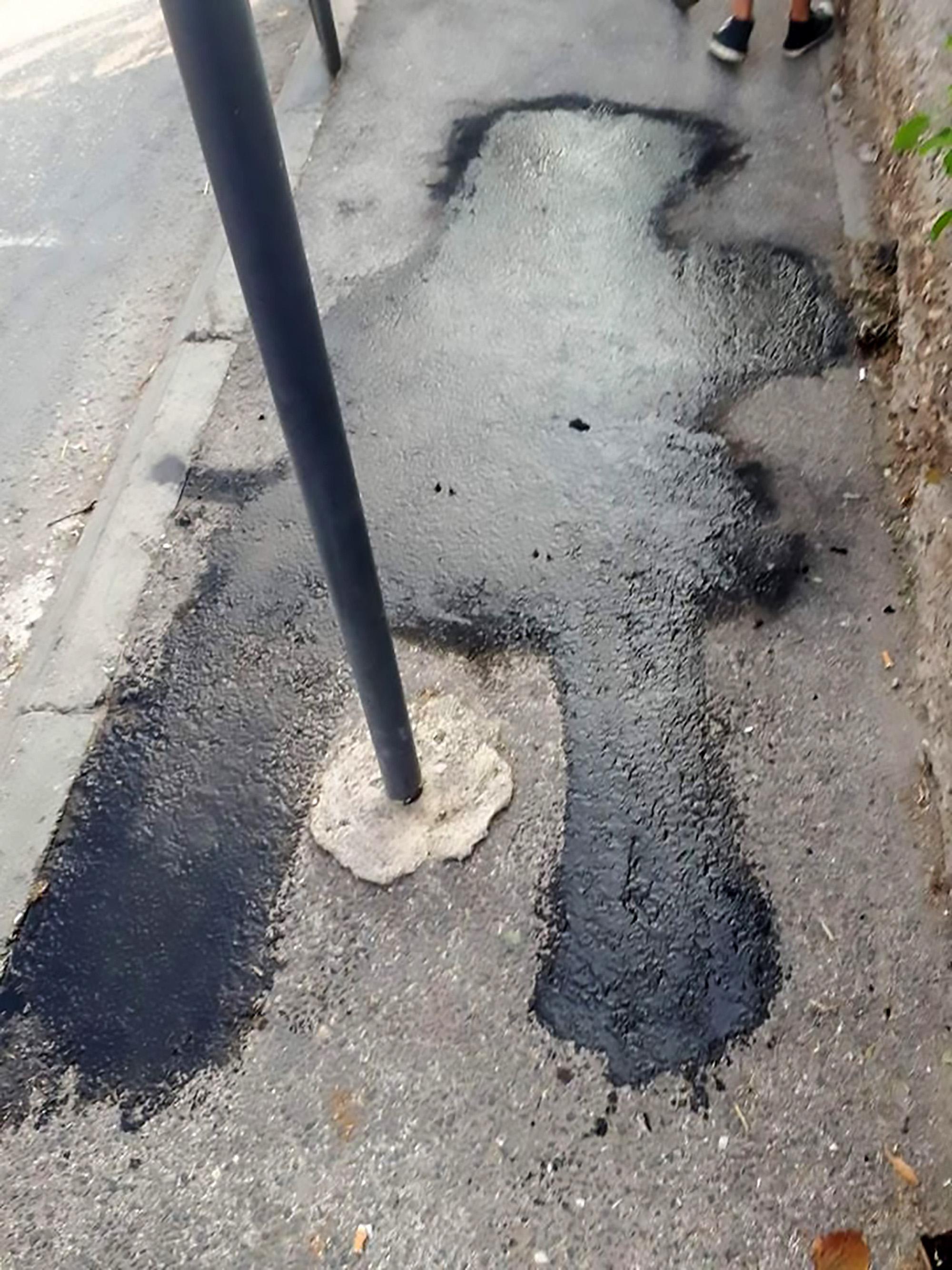 Two more inverted pentagrams had been painted above the words.

Local priest Petrovski believed the incident may be linked to recent satanic graffiti at his church in Dracevo.

He found inverted pentagrams and the '666', the so-called number of the devil, sprayed on the door and walls.

Father Oliver said: "The indications that members of a sect are at work in Dracevo are becoming more serious."

The priest had hoped the graffiti was the work of children but he said the discovery of the severed kitten has changed his mind.

Local residents, in the Dracevo suburb of the city, are unsure whether it is the work of a satanic sect or malicious pranksters.

But some claim suspicious groups of people have been seen meeting in abandoned garages at night, where they light fires and play "weird music".