Meanwhile, one member of the public asked about the atrocity in the fundamentalist Islamic republic’s capital, Tehran, said he was “happy”, accusing the 75-year-old of “insulting sanctities”. Sir Salman is currently unable to speak and on a ventilator in a New York hospital, with his agent confirming he was likely to lose an eye. Several hardline Iranian newspapers subsequently lavished praise on the individual who stabbed and seriously wounded him.

Sir Salman’s 1988 novel The Satanic Verses was perceived as blasphemous by some in the Islamic community. The following year, Iran’s former religious leader Ayatollah Sayyid Ruhollah Musavi Khomeini declared a fatwa against him calling on Muslims around the world to kill the Indian-born author.

As a result, Sir Salman was forced into years of hiding, and the death sentence has never been lifted.

There has been no official reaction so far in Iran to the attack on Sir Salman, who was wounded in the neck and torso yesterday while onstage at a lecture in New York state. 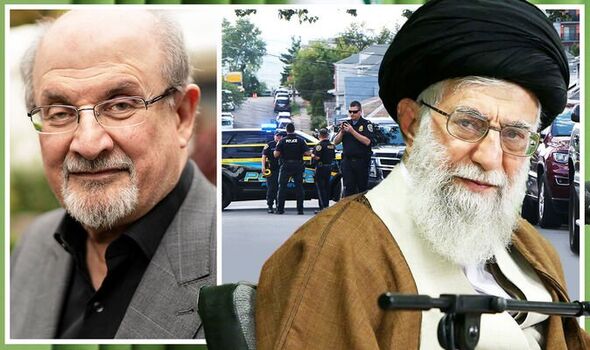 However, Hossein Shariatmadari, editor-in-chief of the hardline Kayhan newspaper wrote: “A thousand bravos to the brave and dutiful person who attacked the apostate and evil Salman Rushdie in New York.

“The hand of the man who tore the neck of God’s enemy must be kissed.”

Mr Shariatmadari is directly appointed by Iran’s Supreme Leader Ali Khamenei, whose Twitter account was suspended in 2019 after he posted that Khomeini’s fatwa against Sir Salman was “solid and irrevocable”. 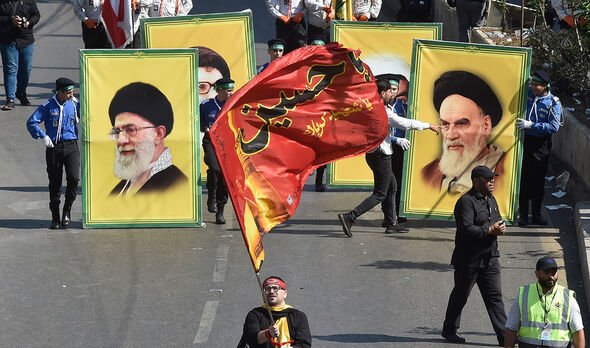 The Asr Iran news site on Saturday carried an often cited quote by Khamenei declaring the “arrow” shot by Khomeini “will one day hit the target”.

A wealthy Iranian religious organisation offered £2.2million ($2.7million) reward to anyone who carried out Khomeini’s fatwa. It increased the amount to £2.7million ($3.3million) in 2012. 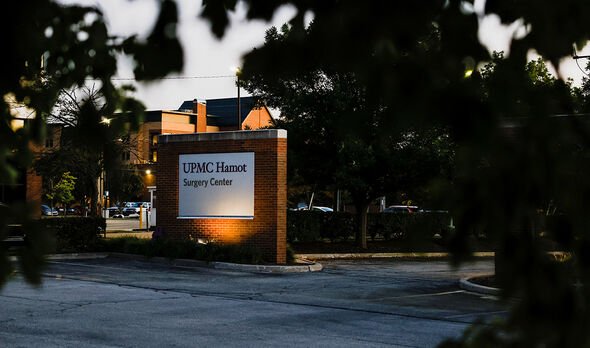 Meanwhile the Khorasan daily led with: “Satan on the way to hell”.

Seyed Mohammad Marandi, a senior adviser to Iran’s nuclear negotiating team, said he would not shed a tear for the writer “who spouts endless hatred and contempt for Muslims and Islam.” 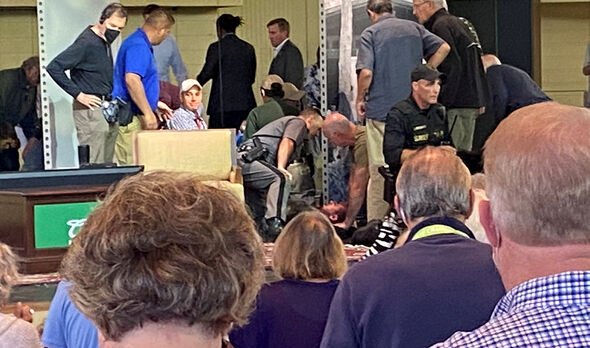 Meanwhile, speaking to the Associated Press, Reza Amiri, a 27-year-old deliveryman, said: “I don’t know Salman Rushdie, but I am happy to hear that he was attacked since he insulted Islam.

“This is the fate for anybody who insults sanctities.”

New York police identified the suspect as Hadi Matar, a 24-year-old man from Fairview, New Jersey, who had bought a pass to the event at the Chautauqua Institution. No motive has been established for the attack. 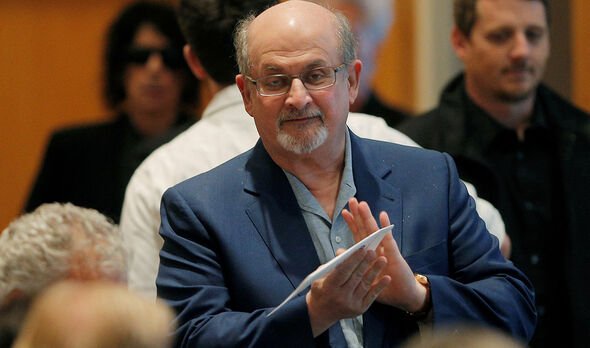 Sir Salman was on a ventilator and unable to speak on Friday evening after the incident, condemned by writers and politicians around the world as an assault on the freedom of expression.

In February 1989 Khomeini said: “I would like to inform all the intrepid Muslims in the world that the author of the book entitled ‘Satanic Verses’ … as well as those publishers who were aware of its contents, are hereby sentenced to death.

“Whoever is killed doing this will be regarded as a martyr and will go directly to heaven.”