Authorities went door-to-door telling the residents of Leilani Estates in the Puna area of the island  to get out after magma was spotted "seeping out of cracks in the road", local media reports. 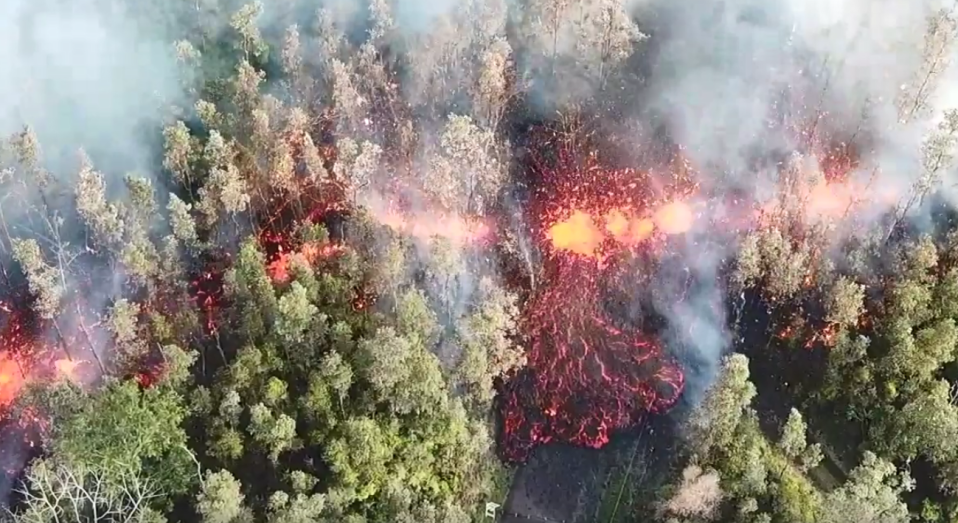 Posts on social media show plumes of smoke rising into the sky while incredible drone footage showed the red liquid oozing from the ground.

Warning sirens blared out across Hawaii's Big Island on Thursday after a 5.0 magnitude earthquake struck following a series of smaller quakes which woke the active volcano.

Resident Ikaika Marzo told the Honolulu Star-Advertiser that he saw lava fountains shooting 150ft into the air after the first outbreak was reported around 4.30pm.

He added that the volcano “sounds like a jet engine. It’s going hard."

Jeremiah Osuna, who captured drone footage of the lava, told TV station KOHN that the volcano sounded like “a bunch of rocks into a dryer” which was turned on high.

He said he could smell the pungent sulphur in the air along with burning trees and described the spewing lava as a "curtain of fire." 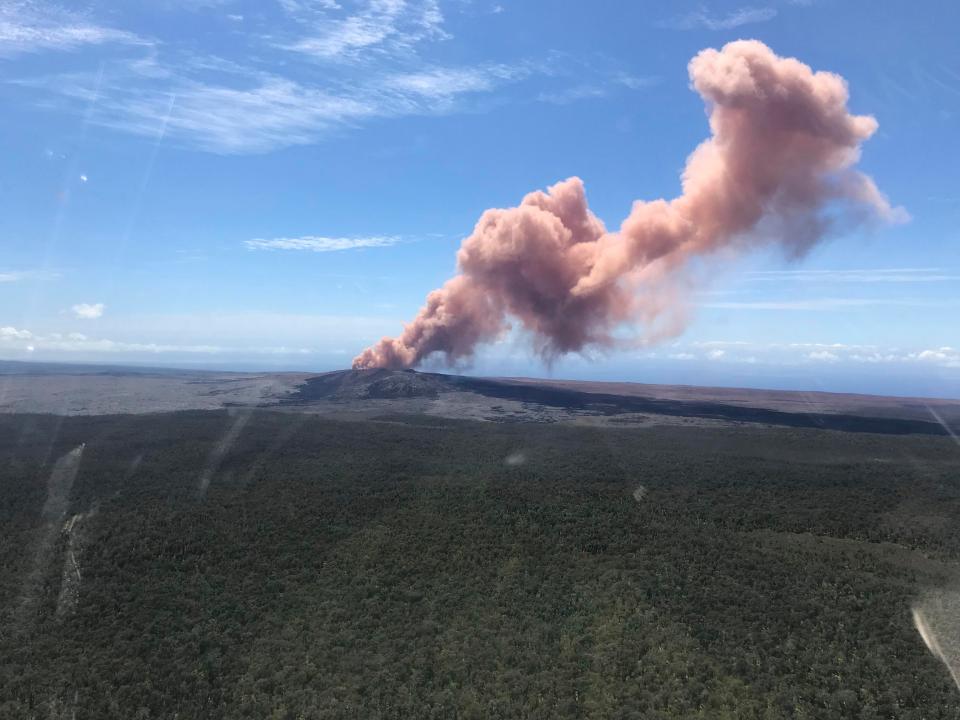 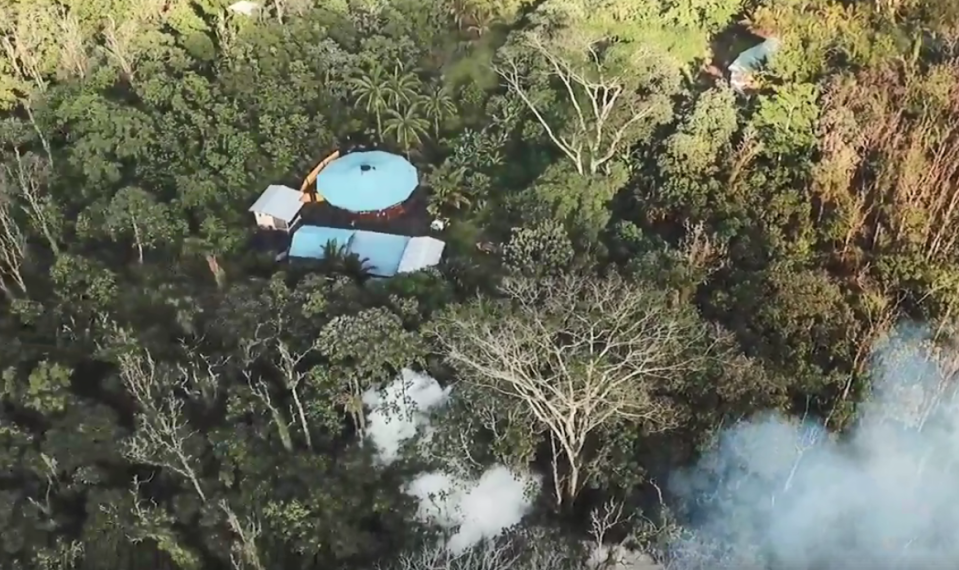 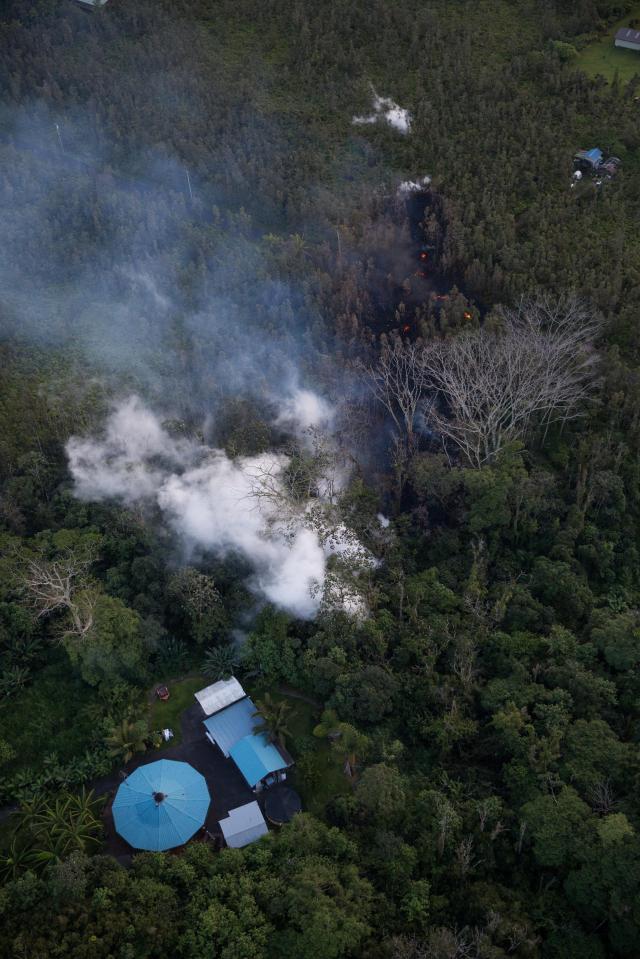 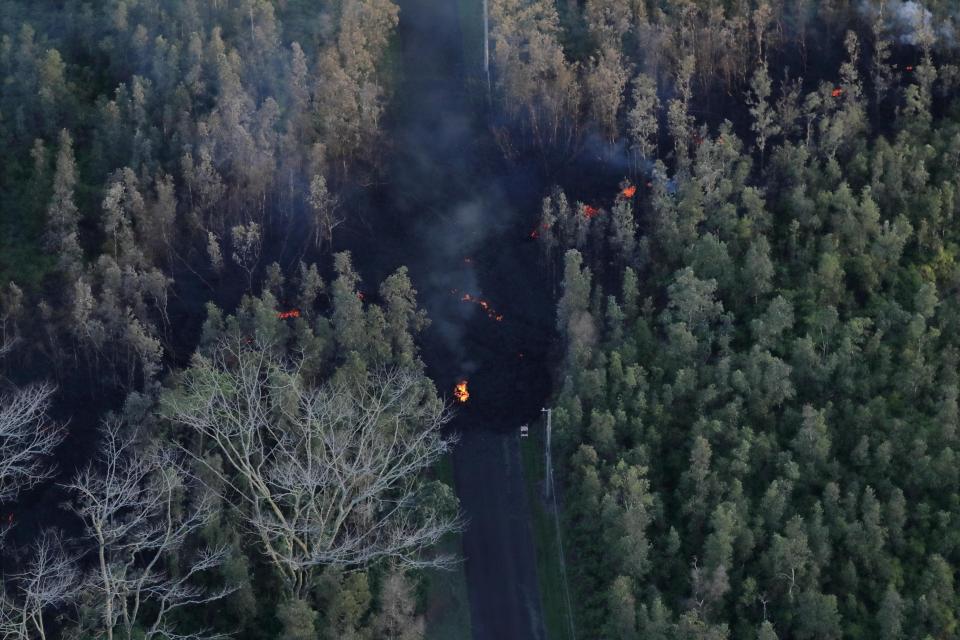 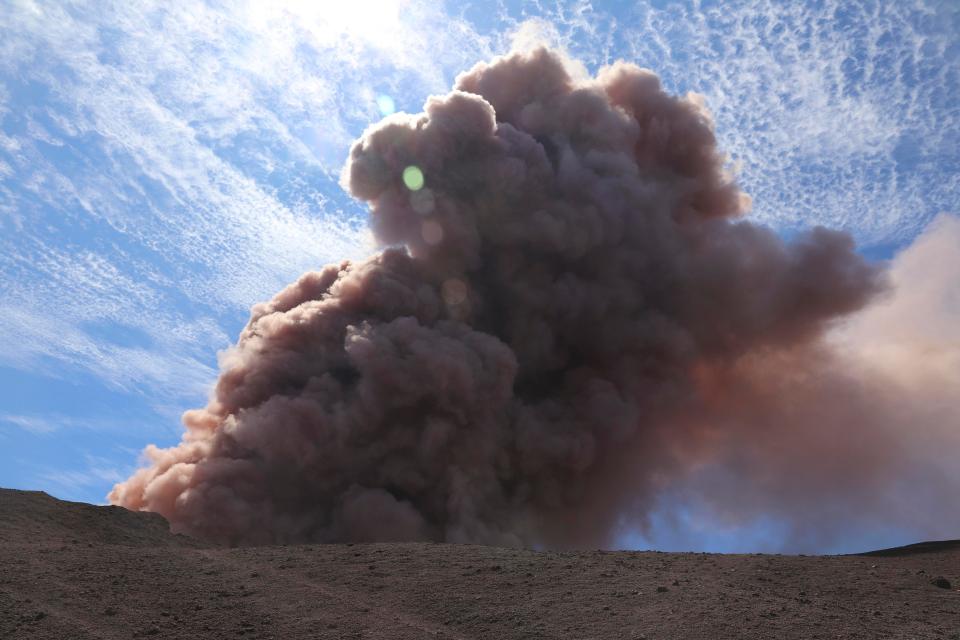 The county ordered evacuations for homes from Luana Street to Pohohiki Road.

The American Red Cross of Hawaii has opened an emergency shelter at Pahoa Community Center, the website reported.

Hours after the volcano erupted, another earthquake struck – the largest the Big Island has seen in more than 40 years.

A magnitude-6.9 tremor hit near the south part of the volcano, following a smaller quake that rattled the same area.

Officials said highways, buildings and utility lines were not damaged, but residents said they felt strong shaking and more stress as they dealt with the dual environmental phenomena.

It's the latest in a series of hundreds of small temblors to shake the island's active volcano and scientists say a new eruption in the region is possible.

Earthquakes in the region have been happening consistently since the floor of the Puu Oo crater collapsed on Monday. 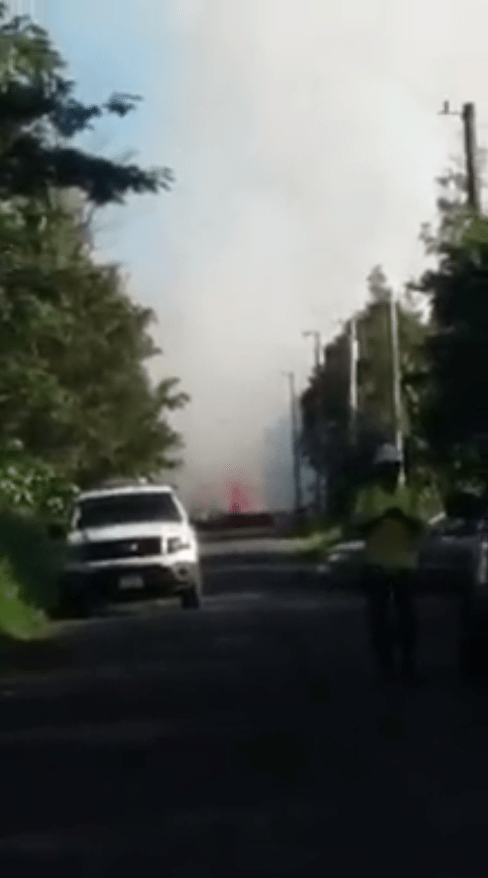 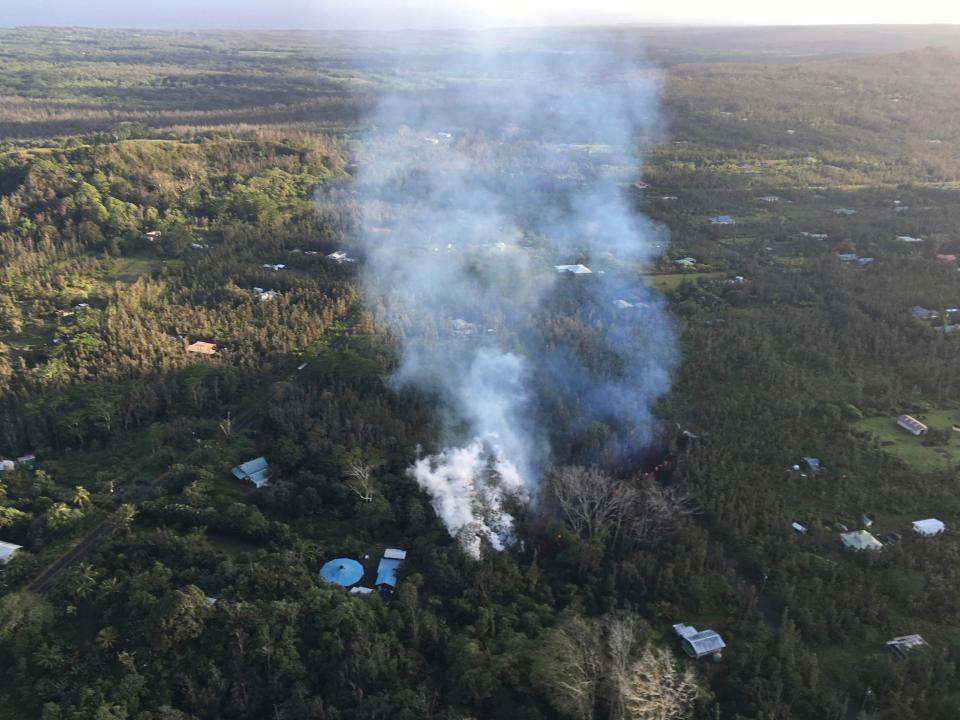 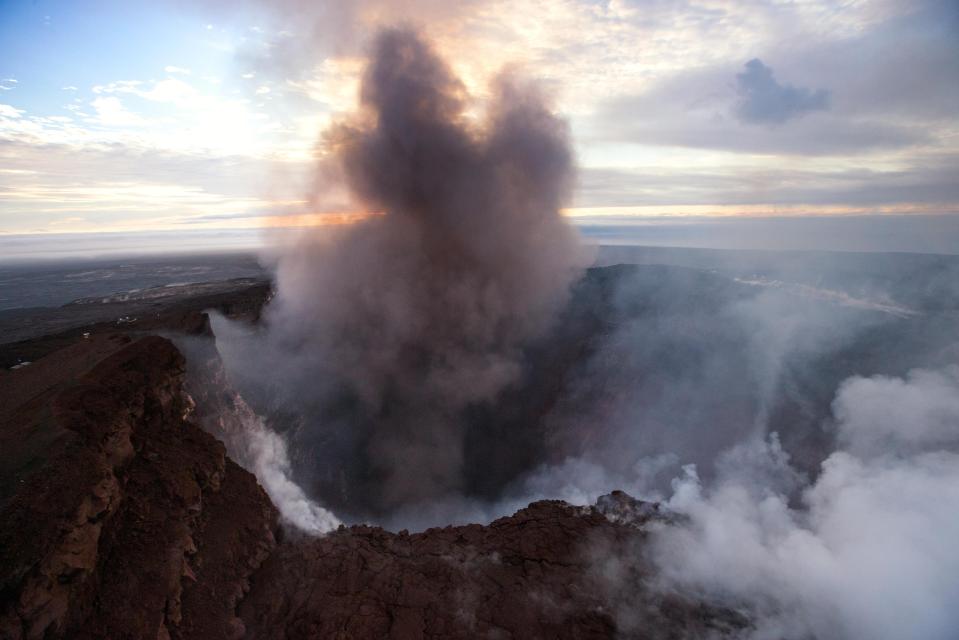 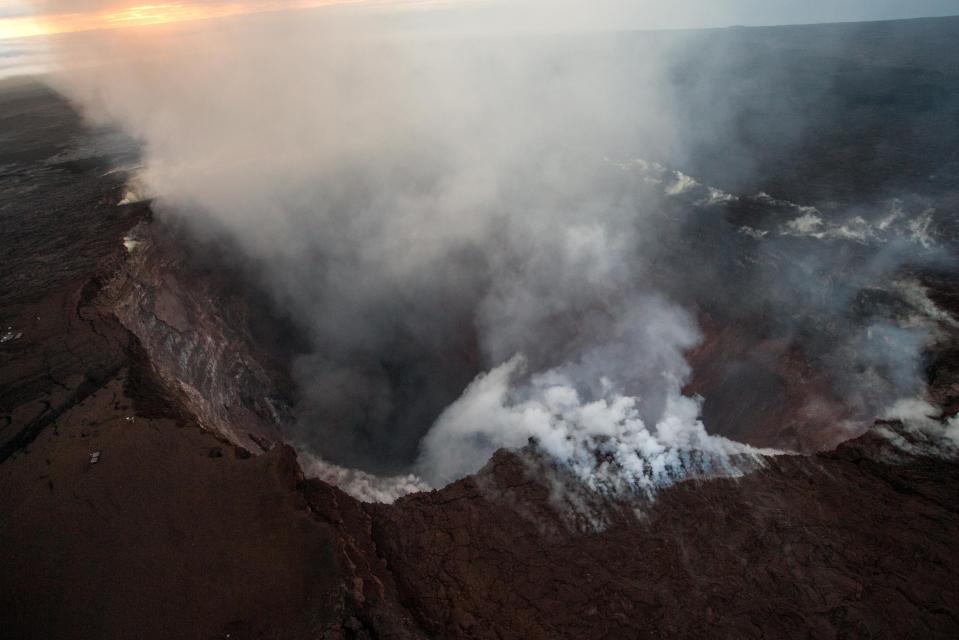 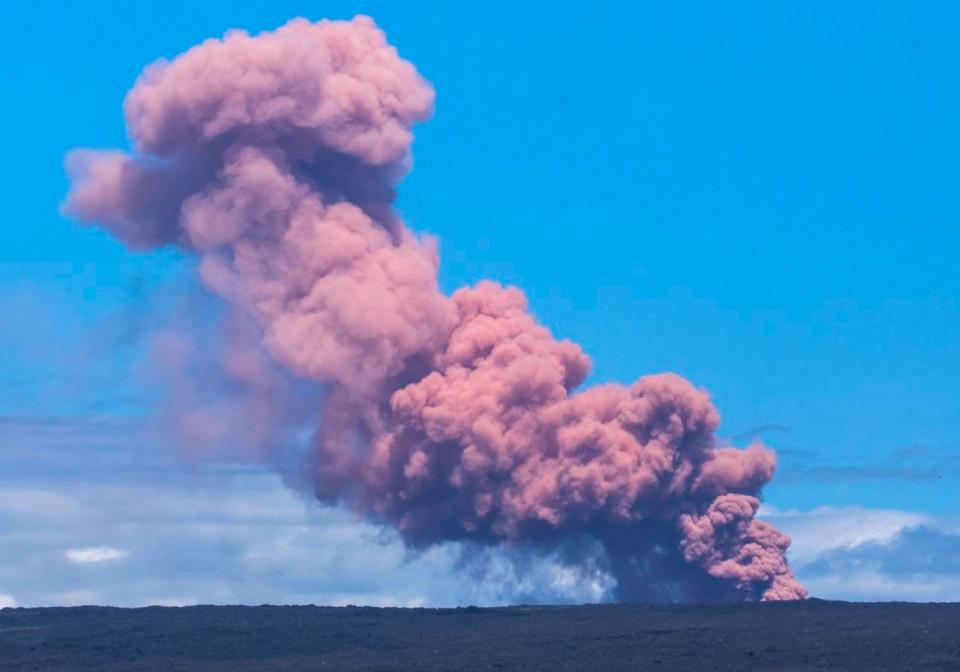 That caused magma to push more than 10 miles down-slope toward the populated southeast coastline of the island.

Tina Neal, Hawaiian Volcano Observatory's chief scientist, said: "It appears that ground shaking from the earthquake caused rockfalls in the Puu Oo crater on Kilauea Volcano's East Rift Zone, which resulted in a short-lived plume of reddish ash rising above the cone."

Hawaii County officials reported on Wednesday that a road in the Big Island's Puna District was closed after it was damaged by earlier quakes. 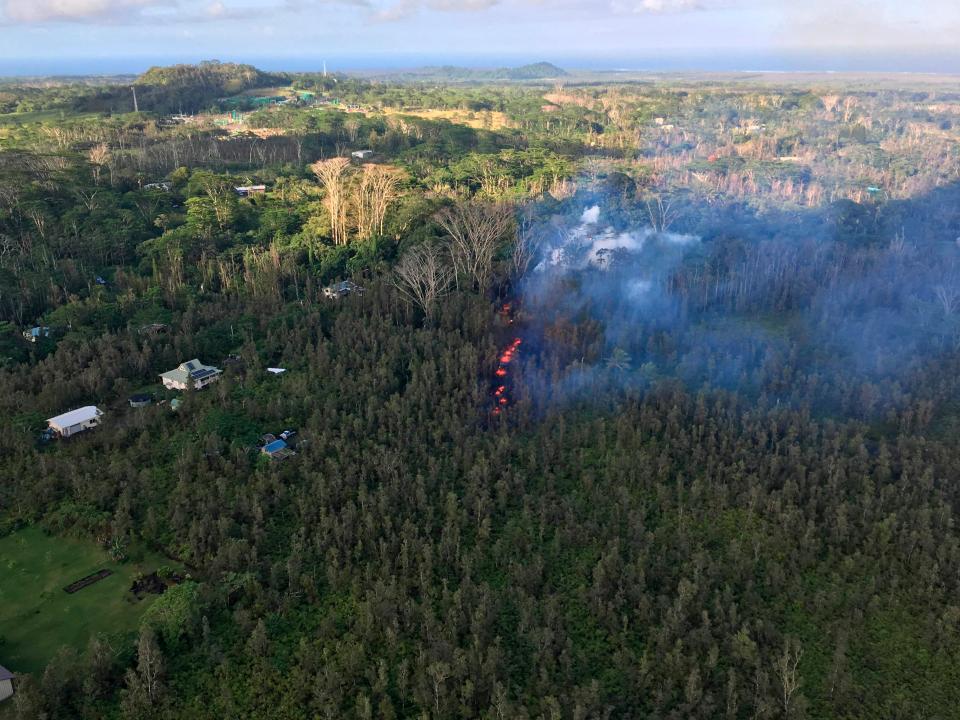 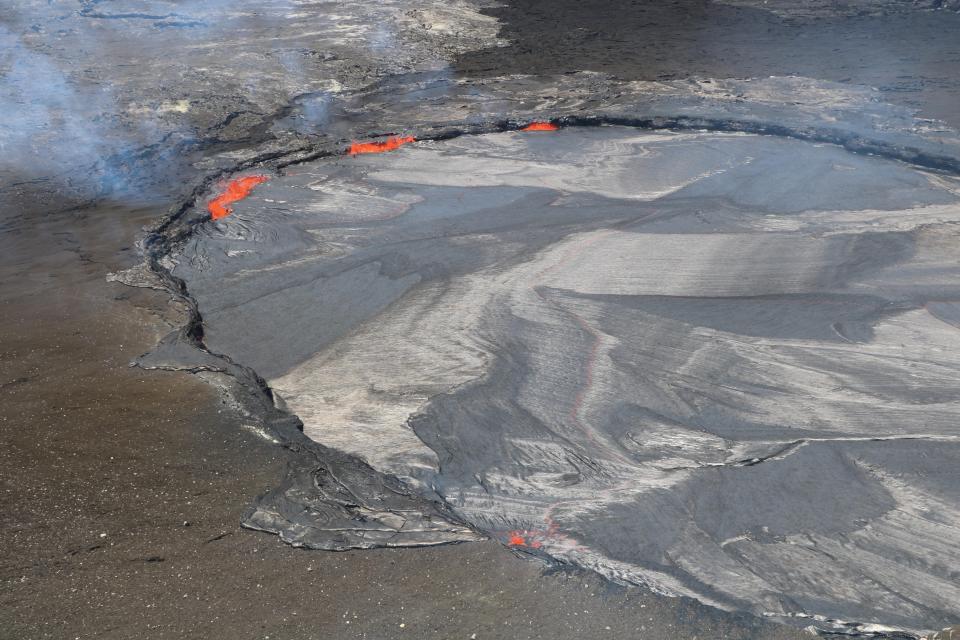 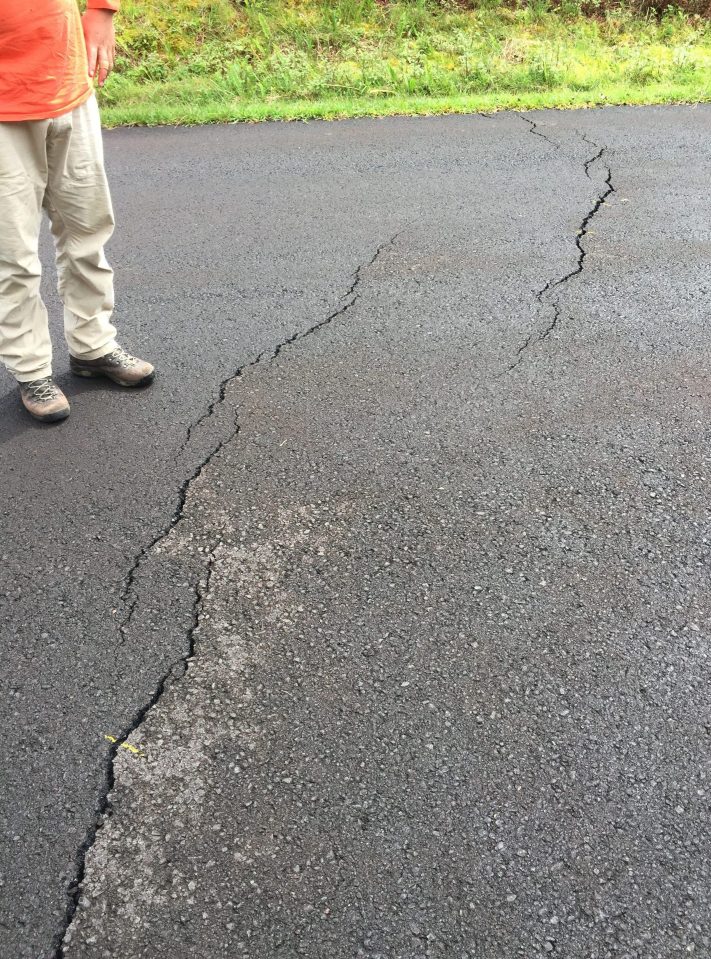 Governor David Ige tweeted that he had activated the Hawaii National Guard to provide help in the emergency response.

"Please be alert and prepare now to keep your family safe," he said on Twitter to residents living near the volcano.

There are about 770 structures in the subdivision where lava is flowing onto the streets on the Big Island.

A statement released by the governor's office says the "danger is of such magnitude that it warrants preemptive and protective action in order to provide for the safety, health and welfare of the residents."

The Kilauea Volcano has been erupting nearly continuously for more than three decades.

Lava flows from the volcano, one of five on the island, have covered 48 square miles, according to the U.S. Geological Survey.

Most of Kilauea's activity has been nonexplosive, but a 1924 eruption spewed ash and 10-ton rocks into the sky, leaving one man dead.

In the decades since, the lava flow has buried dozens of square miles of land and destroyed many homes.