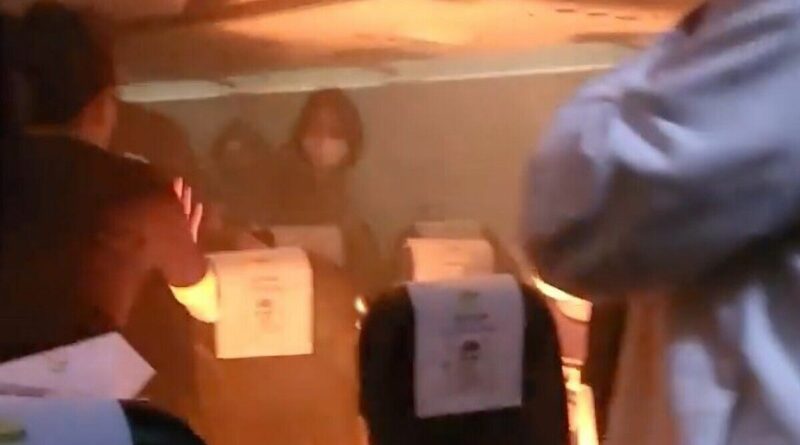 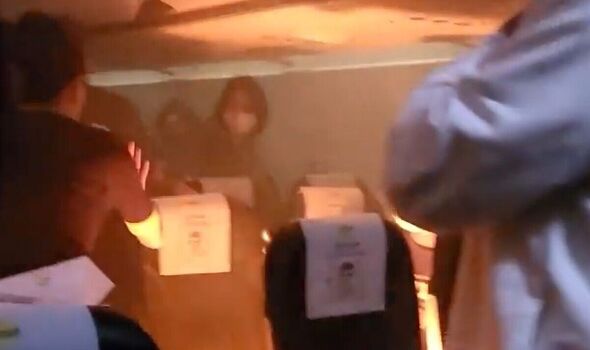 Terrfied passengers let out chilling screams as they scrambled from their seats as a fire broke out on a packed plane minutes before take-off.

Dramatic footage shared on social media shows flames lashing the seats of the aircraft reportedly at Taiwan Taoyuan International Airport on Tuesday night. The plane, bound for Singapore, was cancelled after the blaze which is believed to have been triggered by a portable mobile phone charger.

The fire started when a power bank spontaneously ignited and quickly filled the air with smoke, forcing all 189 passengers and crew to evacuate the aircraft. Two people aboard Flight TR993, which was set to take off from Taiwan received minor injuries.

One of them was the owner of the rechargeable power bank, which exploded when it overheated, causing the fire. The other injured person was reportedly his companion.

Both had received medical evaluation which concluded they did not require any hospital treatment and they were cleared for travelling.

The plane, which managed to return safely to the gate after the fire was put out, underwent proper inspections and then resumed its flight later that evening.

Further investigations into the incident are underway, as Scoot, the airline in question, announced in a statement.

The statement added: “Scoot sincerely apologises for the incident. The safety of our customers and crew is our top priority.”