The 81-year-old driver, not identified, accidentally drove off the Higel Marina Park boat ramp in Venice, Florida, at around 9:30pm (1:30am BST) last Wednesday, according to police. Surveillance footage revealed the woman slowly approaching the water. The pensioners car doesn’t stop and continues to drive into the water until the vehicle is almost entirely underwater.

Only the roof of the car remained visible.

Rob Goodman was putting his kayak in the water the next morning at around 7am (11am BST) when he noticed just a few inches of the cars roof sticking out the water.

He told WFTS how he flagged down a paddle boarder and they both made their way to the car.

Mr Goodman described how upon approaching the vehicle “her hand came out of the window.” 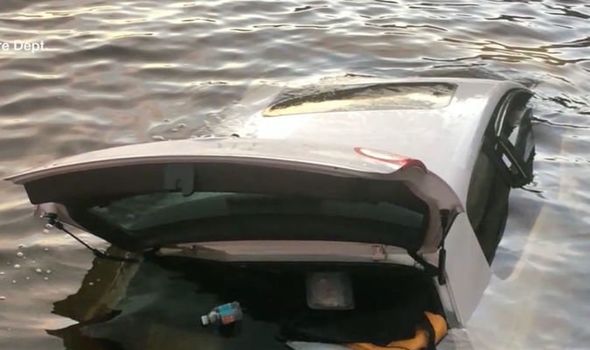 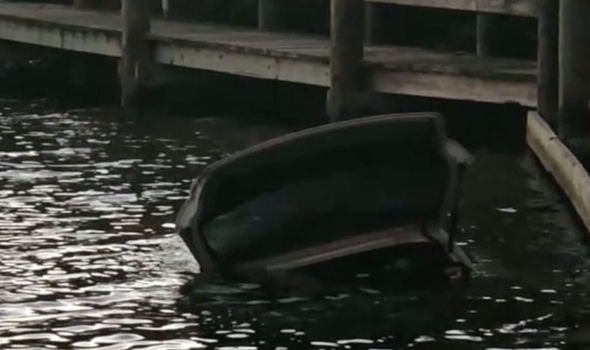 He added: “At that point we had to change the rules a little bit and the next thought was ‘get her out.’

“We got her out probably about a couple of minutes before rescue got here.

“And she was cold so I just held onto her until she was able to be taken over by rescue crews.”

Venice Police Department shared images of the incident on their Facebook page.

JUST IN: Man dies after dangling upside down from 290ft chimney in Carlisle 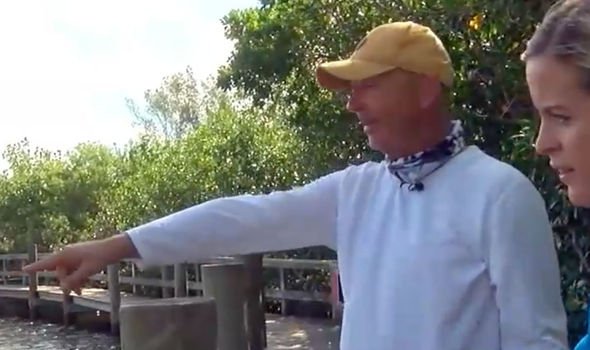 The caption read: “Emergency responders are at the Higel Boat Ramp with a submerged vehicle.

“A kayaker going out for a morning paddle found the car partially submerged with a woman trapped inside.

“He called 911 and was able to rescue the occupant of the car.”

It continued: “Both the driver and citizen hero are in a stable condition. 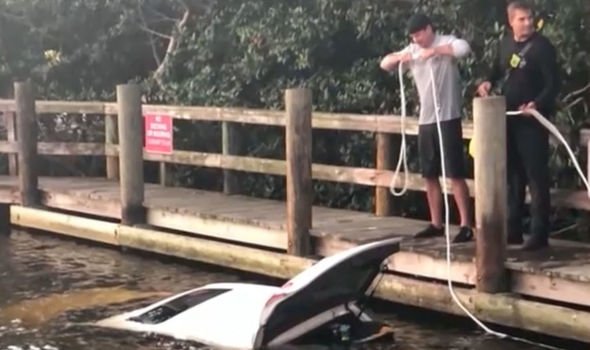 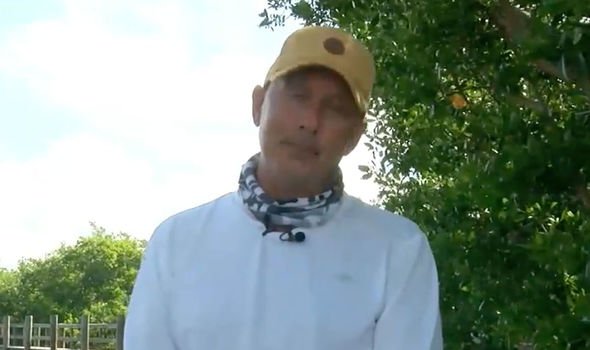 “According to the driver she’d been trapped in the partially submerged car since approximately 10pm last night.

“We are pleased to see a happy ending to such a potentially tragic situation.”

It was not immediately clear what led to the woman driving in the water.

Police claim she is in a stable condition. 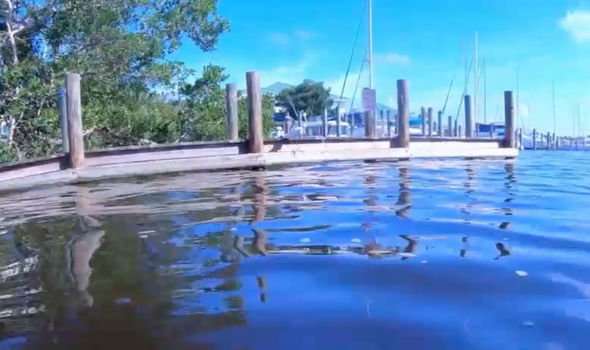 Many replied to the post with well wishes to the woman,

Jill Groulx commented “what a hero” the man was.

Another Facebook user, Tammy Jarvis, said: “Thank goodness these kayakers were there at the right time! So happy to hear a good outcome!”