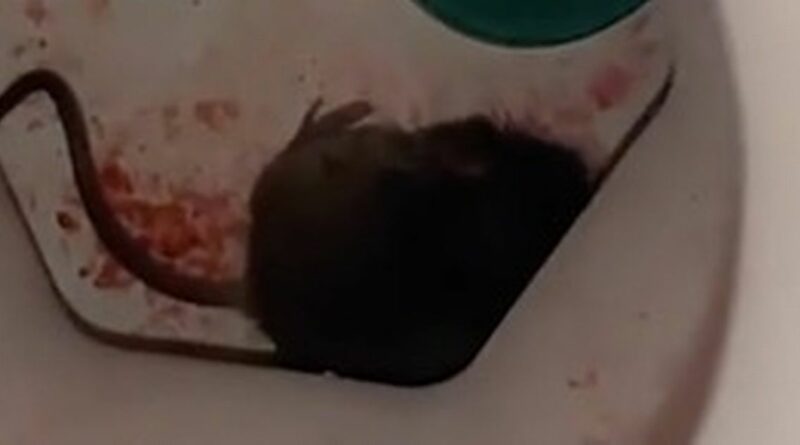 A pregnant mum forced to flee her home to escape domestic violence has filmed rats running up and down the skirting boards inside her infested council house.

Sian Hope* and her two-year-old daughter left with just the clothes they were wearing in September and ended up staying in a refuge until they were offered a two-bedroom house by Birmingham City Council.

The mum was excited to move into the property on March 1 and start preparing for her baby due in July, Birmingham Live reports.

But she was horrified when she found the house was "rotten" and watched rats weeing and running around the home where her young daughter plays.

She told Birmingham Live: "It has a major rat and mice infestation, broken floorboards, no carpets and the loft is rotten. There are rooms with no skirting boards and gaps between the wall and the floor so big that you can see rat tails poking through as they run along.

"I can see the rats urinating in the walls and it seeping onto the floors. Every day I’m bleaching my kitchen.

"My daughter is scared to be in her own bedroom. All you can hear is scratching. The rats and mice go crazy in the loft at night. It wakes her up, she’s petrified.

"I can’t leave any food in the kitchen overnight. My clothes are being chewed. They’ve chewed through the cable to my fridge freezer and broken it."

Birmingham City Council says it has sent pest control to bait all areas concerned, is planning to carry out rodent proofing works, and has promised to continue to monitor and treat the property.

Sian says: "The dead rats and mice are being left for days with no-one coming to clear them out. I’m seven months pregnant, I don’t want to touch anything.

"And it’s so unhygienic for my daughter. She’s at that age where she’s picking things up. She sees little things on the floor and she thinks they’re food. They’re droppings and they carry a lot of bacteria. I don’t want this for my baby too."

Over the Bank Holiday weekend, Sian was awoken at 4am to hear a rattling sound.

She discovered a mouse had fallen into a vase, got trapped and was thrashing around, bleeding.

"I called pest control and they said they couldn’t come out to me until Tuesday because of the Bank Holiday," she said.

Having spoken to neighbours, Sian has found out that there has been a problem with vermin control at the three-house terrace row for more than three years – and it seems to have stemmed from her property.

A spokesman for Birmingham City Council said: "Following a complaint from the tenant we sent a pest control officer to assess the property at the end of April.

"At this visit the officer baited all areas of concern to control any mice. The bait will be monitored and replenished over the coming weeks.

He added: "This treatment will continue until two consecutive visits have been recorded with no bait being consumed.

"The officer also prepared a schedule of rodent proofing works and a contractor will be carrying out these works on Friday 7 May.

"We are sorry for the distress that this has caused the tenant and will work with her to ensure the property remains pest-free."