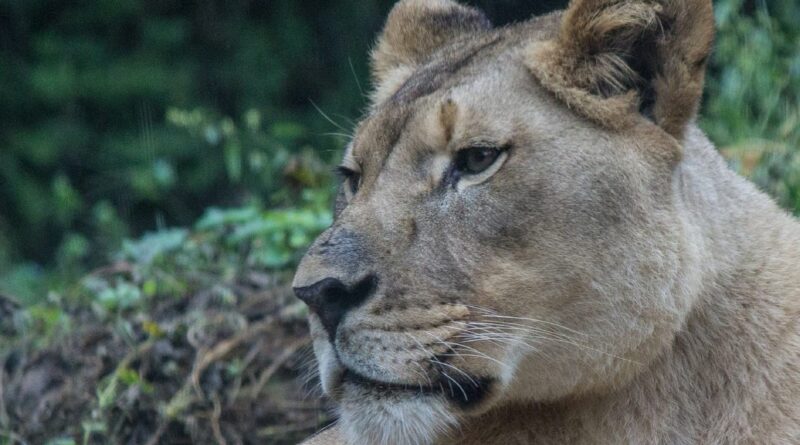 A male lion savagely killed a lioness when he was introduced to her zoo enclosure.

Staff at The Birmingham Zoo in Alabama, US have been left devastated by the death of their much-loved attraction, Akili who suffered horrific injuries which proved fatal on Monday (July 18).

The lioness, described by the zoo as a long-time favourite animal, was slayed within minutes of the arrival of a new lion named Josh.

READ MORE: Hungry crocodile plays dead and ambushes dogs on beach before dragging one into water

Scott Kayser, the zoo’s manager of predators said introducing animals to one another for the first time is "always risky" and Akili's death is a reminder that they are still wild beasts.

He said: “Animal introductions are always risky because wild animals can be unpredictable and we cannot control their interactions,” said Hollie Colahan, the Birmingham Zoo’s deputy director and coordinator of the Association of Zoos and Aquariums’ Lion Species Survival Plan.

“Unfortunately, Akili sustained serious injuries within the first few minutes of the meeting and despite immediate intervention by the Animal Care and Animal Health teams, she succumbed to her injuries and died Monday afternoon.”

“The staff is devastated at this unexpected loss of a long-time favorite animal and member of the Zoo family,” wrote Scott Kayser, the Zoo’s manager of predators, in a social media post today (Wednesday, July 20).

During her 15-year residency at Birmingham she mothered five cubs with African lion Kwanza, who died in 2021, prompting staff to replace him.

In a joint effort with the Lion Species Survival Plan, the zoo identified Josh as a suitable new male companion for Akili – but sadly things did not go to plan.

Birmingham Zoo president and CEO Chris Pfefferkorn said: “The loss of an animal is always sad but when it is sudden and unexpected, that makes it particularly difficult.

“Please keep the amazing team and everyone that worked with Akili in your thoughts as there are no words that can ease the pain of such a spontaneous loss.

"We are thankful that so many in the community had a chance to see and experience Akili. She was a great ambassador for her wild counterparts.”

The lioness' offspring were moved on to various zoos in 2012. Two males, Baron and Vulcan, went to nearby Montgomery Zoo elsewhere in Alabama while three females, Asha, Kimba and Lily, were sent to African Safari in Puebla, Mexico.