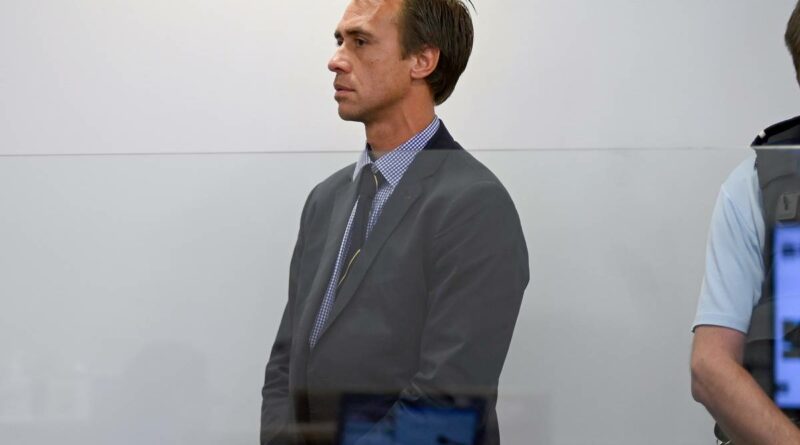 It was a deal “too good to resist”.

But when a Tauranga businessman agreed to sell $900,000 in shares in his company, little did he know he was laundering money for drug dealers involved in the second-largest P importation in New Zealand’s history – a 500kg haul worth up to $150 million.

A judge says Samuel Rhys Brooking was reckless as to the source of the money, but his lawyer says Brooking “didn’t see” the criminal link coming and has lost almost everything as a result.

In the Tauranga District Court on Tuesday, Brooking was sentenced to a year of home detention on one charge of money laundering.

Brooking unknowingly laundered drug money in 2019 when two men involved in the importation bought $900,000 worth of shares in his health product company.

Charles Scott Care, 49, and Anthony Charles Netzler, 53, have already pleaded guilty to charges relating to importing methamphetamine with an estimated street value of between $130m and $150m on April 16, 2019.

Care was sentenced in August to 12 years and nine months in prison and Netzler, who pleaded guilty to joint charges of importing methamphetamine, possessing meth for supply, and supplying the drug, is awaiting sentencing.

It was the second-largest P-importation into the country behind the 501kg that arrived in June 2016 from a ship off the coast of Ninety Mile Beach, in the Far North.

Brooking, who is in his 40s, was not involved in the importation, Judge Paul Mabey QC said.

Judge Mabey said Care and Netzler had received “a substantial fee” of about $750,000 for their roles in bringing in the millions of dollars worth of methamphetamine.

In 2019, Care bought a 10 per cent share in Brooking’s company Fulvic Health Corporation NZ Limited for $475,000 cash and $25,000 electronically transferred. Brooking is no longer associated with the company.

“During investigations, the police became aware of Mr Care. There were intercepted communications where your name came up and the nature of your relationship with them emerged.

“It became evident that Mr Netzler received shares in your company for which you received $400,000 in cash.

“Thus you came into possession of $900,000 all under the guise of legitimate shares transactions.

“When your accounts were analysed it became clear you had no basis for that money in your possession.”

Judge Mabey told Brooking although he may not have known where the money had come from, he was reckless when considering the source of the money.

“It must have occurred to you this money may well have been from an illegitimate source. The obligation on you was to make inquiries and your failure to make inquiries has resulted in you laundering money for drug criminals without knowledge but with recklessness.

“Serious drug dealers involved themselves in your life.”

Brooking’s lawyer Bill Nabney said Brooking deeply regretted the decision and, having sold his family home to invest in the company before the share offending, was left with no assets and renting.

“He didn’t see it coming but regrets the fact he was able to facilitate this transaction and do it effectively through the company structure.

“Some would say it was too good to resist.”

Judge Mabey acknowledged Brooking had had to “go back to square one” with his life and regretted “getting involved with people who had only their interests at heart”.

“You’ve fallen a long way and in the cold light of day when it’s all over the reality might hit home to you harder than it has.”

After discounting the starting point of four years in prison because of a guilty plea, remorse, previous good character and co-operation with authorities, he sentenced Brooking to 12 months of home detention with nine months of post-detention conditions.