Home » World News » How do you prepare for record snowfall? We asked 3 Coloradans for tips 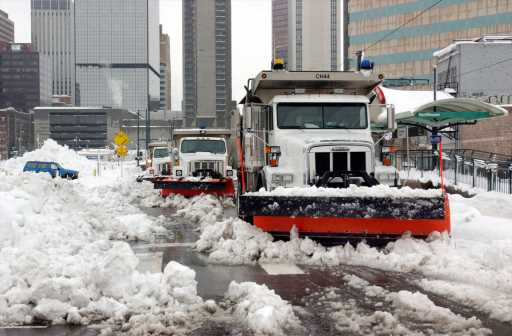 “People who did not live here in 2003 do not understand what could go down,” Colorado native Geoffrey Longhurst said.

“It snowed feet and shut down the whole city. It was the best snow day ever,” said the 26-year-old Longhurst. “We could build igloos in the front yard just by digging straight into the side from the driveway. There was too much snow to even go sledding the first day because nobody could leave their place.”

It was the second-biggest snowstorm in Denver’s history and the Mile High City could get a similar total over the weekend.

Denver is expected to get 18 inches of snow this weekend, with areas around the metro area getting more than 2 feet. Other places near Denver could get up to six feet of snow in the next few days. The Colorado Department of Transportation and Gov. Jared Polis are urging people to stay home.

Denver has only received 2 or more feet of snow in one storm three times, according to record. The record snowmaker was 45.7 inches in 1913. Looking around the state, it’s not uncommon for there to be at least one storm a year to dump a few feet of snow over several days, especially in a mountain town.

“I remember a big snowstorm that had a power failure that lasted long enough that big grocery store up there had all their meat outside,” John Williams, who lived in Nederland for 14 years and owns a cabin in Eldora, said. “They moved all the meat out into the parking lot in boxes to keep it cold.”

Williams, a retired Boulder County school teacher, spent years trucking through the canyon early in the morning, no matter the conditions. Nederland gets 118 inches of snow per season.

“The thing that’s weird though that you wouldn’t expect is that the roads in the canyon were typically better in a storm like this,” Williams recalls. “The road would be better from Nederland to Boulder because CDOT was taking care of the roads. But as soon as you got to Boulder city limits, it would be on the city to plow, and it would be pretty bad and hard-packed.”

Williams said it only takes one person not being safe to shut down a whole canyon, but the real danger may come a few days after the storm itself.

“Take your time when driving,” he said. “Then following the storm there will be rock s;ides in the canyon. What happens is there’s so much snow on the hillside a lot of that melt is going on the road. After the storm is when people let their guard down. But there may be black ice on those corners when it is cold in the morning and melts in the afternoon.”

“Please be prepared for blizzard conditions travelers/visitors. Have water, blankets, and coats available in your vehicles. Please don’t drive anywhere unless you absolutely have to,” Jayme Willis Drake posted in the Facebook group Everything Estes Park.

Estes Park sits right under the Continental Divide and gets 82 inches of snow per season. Some had predicted Estes Park could receive around 100 inches of snow this weekend. More tame forecasts have prevailed, with about 3 feet the number most are eyeing. Still that’s over a third of a season’s worth of snow in a couple of days.

“If you’re staying somewhere with a wood-burning fireplace, have enough wood to get yourself through three to four days at least. Make sure you have a snow shovel and a car scraper available. Have bottled water at hand as pipes can and will freeze,” Willis Drake said. “As a business owner that services Estes Park regularly, I can tell you we will be bogged down with snow removal. Off the beaten path, rentals and cabins will not be plowed unless a friendly neighbor has a plow to do so. Delivery services will be non-existent. Have food and snacks available.”

City slickers like Longhurst, who was born in Boulder and is now a music producer living in Denver offered his advice and has homebound supplies.

“We got a keg. We’re telling friends to stay home, don’t rush up to ski and that even I-25 might be too dangerous,” Longhurst said. “But at least we will have beer.”