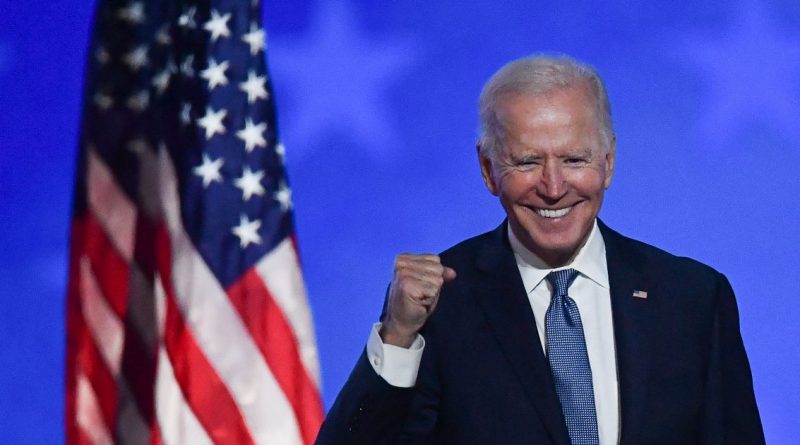 Today Joe Biden has become the 46th president of the United States after he won over Republican Donald Trump.

Mr Trump was the first ever billionaire president of the US.

Meanwhile, Biden came from humble beginnings and once called himself the “poorest man in Congress”.

However, he is by no means struggling with finances – and is now a millionaire.

His fortune will no doubt be boosted after he takes office in the White House.

But how much is his net worth, and how did he earn his fortune? Here we take a look.

How much is Joe Biden’s net worth?

Joe Biden’s net worth is an estimated $9million (£6.6million), according to Forbes. The magazine made the calculation in 2019, based on his property portfolio ($4million), as well as cash/investments ($4million) and his federal pension ($1million).

Biden is a lawyer, professor, former US Senator, Vice-President and and soon-to-be 46th president of the United States.

Biden didn’t grow up wealthy, because his father had several business failures, according to his memoir.

The family eventually settled in Delaware, and Joe completed a work-study program to attend the prestigious Archer Academy in Claymont.

He then started working at a law firm, going on to become one of the youngest senators ever elected.

At that time he referred to himself as being “the poorest man in Congress”, and had a starting salary of about $42,500 a year.

His net worth increased significantly after his vice presidency, reportedly earning millions in speaking fees and book tours.

Biden has been releasing his tax forms in 1998, which is why his salary is known.

He recently released his tax returns for 2016 to 2018, showing the Bidens paid about a third of their income in taxes.

It also showed that he and his wife Jill had received $985,233 in adjusted gross income.

The family also donated more than $1million to charity between 2017 and 2018.