Kabul: A new crop of senior American officials in Afghanistan has raced to contain a dual crisis on the battlefield and in a potentially explosive election dispute. But it is a different US figure — the mercenary executive Erik Prince — who has been the talk of Kabul these days.

More than a year after first laying out his plan to President Donald Trump to privatise the US war in Afghanistan with a cadre of contractors — and a private air force — Prince, the founder of the Blackwater security firm that became infamous for killing civilians in Iraq, has seemingly been everywhere. 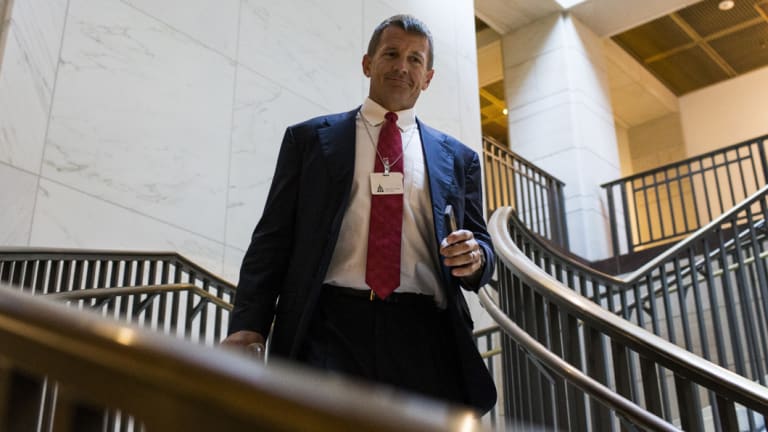 And as he has made his sales pitch directly to a host of influential Afghans, he has frequently been introduced as an adviser to Trump himself.

Prince is pushing his plan at a particularly vulnerable time for the country. Afghan security forces are dying at a record number of 30 to 40 a day largely in a defensive posture against a Taliban that has gained territory. Its government is beset by repeated political crises as parliamentary elections, delayed for three years, are scheduled for next month. Presidential elections are set for April.

Interviews with a half-dozen political figures who have met Prince in recent months — as well as an interview with Prince by The New York Times during his trip to Kabul in September — reveal an executive determined to sell a vision of how his contractors could offer an official military withdrawal from Afghanistan to a war-weary American public and president.

Now, those officials say, he has found a receptive audience among Afghanistan's power brokers, meeting everyone from lowly militia commanders, to former Cabinet officials and entrenched regional strongmen, to several potential presidential candidates. 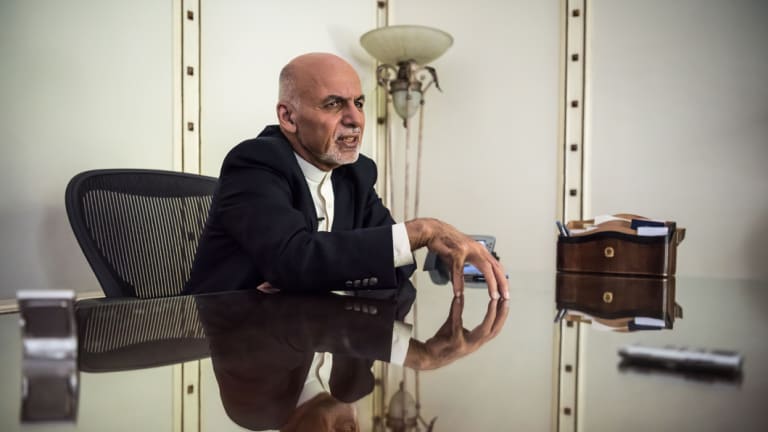 Afghan President Ashraf Ghani speaks on the phone with relatives of the Afghan soldier killed in battle, from his office in Kabul.Credit:New York Times

What most of those Afghans have in common is a desire to see President Ashraf Ghani gone. And Prince's lobbying circuit, including multiple visits to Kabul, Washington and the United Arab Emirates, has made him increasingly unwelcome with Ghani, who has rejected repeated requests to meet him.

Some in the government even tried to block Prince's visa, according to Afghan officials and those close to Prince.

Several officials close to Ghani say they see Prince's plan not only as unviable amid a complex conflict and peace effort with the Taliban, but also as a politicised threat to the Afghan President himself before next year's presidential election. 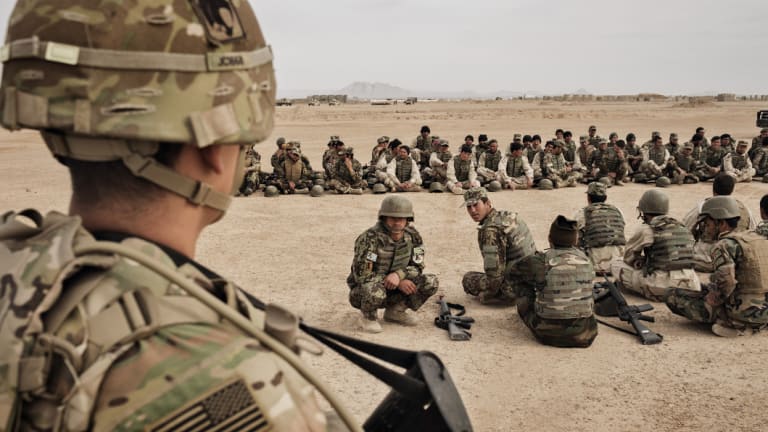 And they say Ghani's adamant opposition to a privatised security presence has made him an obstacle to Prince's ambitions.

In a speech on Monday, an angry Ghani aimed a barely veiled criticism at Prince and his plan.

"Foreign mercenaries will never be allowed in this country," he said.

We will consider all legal options against those who try to privatise war on our land.

A statement by Ghani's national security adviser on Thursday said the Afghan government would not allow fighting terrorism to become a "for-profit business".

"We will consider all legal options against those who try to privatise war on our land," the statement said. 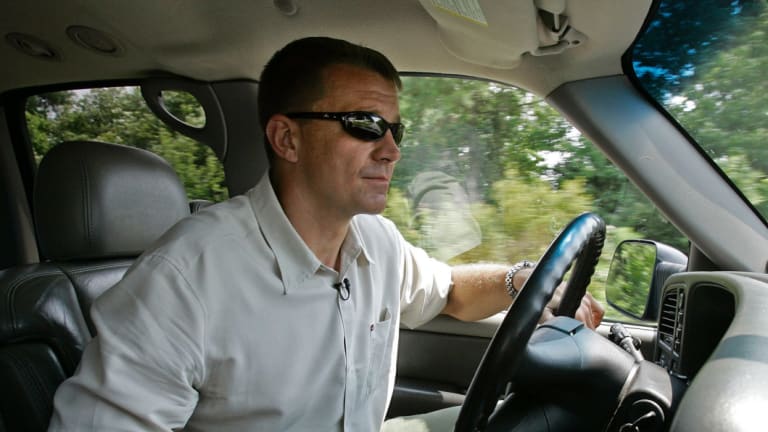 Erik Prince, founder and CEO of Blackwater build a business among law enforcement and military, believing all lacked a one-stop training site.Credit:AP

Prince is positioning his pitch as a cheaper middle option between continuing a largely failed military strategy at an expensive annual tab of tens of billions of dollars, and a complete security withdrawal that some fear would abandon 17 years of costly Western efforts to remake Afghanistan.

He contends that his proposal can achieve what more than 140,000 US and NATO troops at the heart of the troop surge in 2009 and 2010 could not. He compares the current mission, which is reduced to about 15,000 US troops supported on their bases by more than 20,000 private contractors, to the failures of the Soviet Union. (An American service member was killed on Thursday in Afghanistan, the US military command here said without providing any details. It was the eighth death of a US soldier in the country this year.) 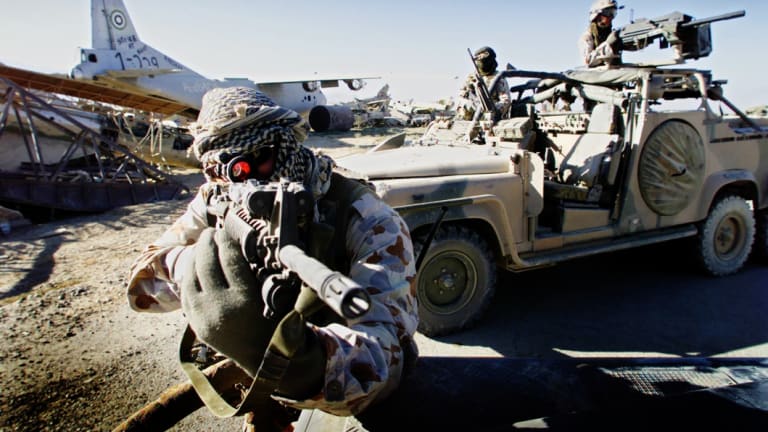 Prince laid out what he called a "rationalisation" of private contracting already happening: a leaner mission of 6000 private contractors providing "skeletal structure support" and training for Afghan forces. Small teams of Special Forces veterans embedded with Afghan battalions for about three years, he said, would ensure the continuity lacking now with US soldiers rotating out every year.

They would be supported by air through a fleet of contracted aircraft flown by joint teams of Afghans and contractors. About 2500 American Special Operations forces would remain in the country for counter-terrorism missions. All of this, Prince said, would bring down the annual cost of the war to roughly a fifth of the current amount.

He denied he was trying to influence the Afghan political process to achieve that vision. He said the only money he had spent on Afghanistan was the $US1500 ($2100) production cost of a 10-minute video to explain his plan.

"The Afghan people will have an election, and they will make the choices that they are going to live with," Prince said. "But I will talk to whichever party in Afghanistan that wants to think about a different way to this that actually stops the bleeding." 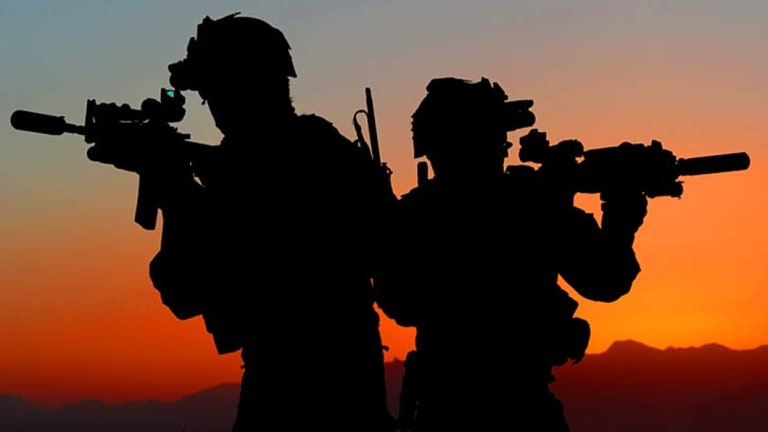 Prince has also tied his proposal to an effort to exploit Afghanistan's mineral wealth, including rare earth deposits — a favourite topic of Trump, who has complained that the US does not gain enough resources from its war efforts.

In one multimedia presentation, Prince lists one of his goals as: "Develop and produce key rare earth minerals to restore US high-tech manufacturing supply chain." During his visits here in Afghanistan, he has also met with Afghan mining officials, meetings he has described as exploratory.

Prince's former company, Blackwater, won hundreds of millions of dollars in U.S. military contracts, mainly in Iraq, before it was essentially blacklisted after the firm's contractors massacred civilians in Baghdad in 2007.

His business has since gone through several reincarnations. His latest venture, the Hong Kong-based Frontier Services Group, has contracts in Africa and Asia, and is backed by Citic Group, a large state-owned Chinese investment company.

Prince's initial push last year to privatise the Afghan war was quashed by two of the most senior members of Trump's national security team: H.R. McMaster, the national security adviser at the time, and Jim Mattis, current defence secretary. They persuaded Trump to increase the number of troops and resources in Afghanistan instead.

Prince now gauges the winds in Washington as shifting in his favour, with McMaster gone and Mattis often at odds with Trump.

A spokesperson for the National Security Council, who was not authorized to speak publicly for attribution, said the administration was open to new approaches but was not reviewing a proposal from Prince.

During some of the meetings in Afghanistan, Prince has been introduced as someone who has Trump's ear, with his close relations to the President's inner circle listed as a selling point.

In the letter Prince sent to Ghani in spring 2017 seeking a meeting, he mentioned that his sister, Betsy Devos, was a member of Trump's cabinet, one Afghan official said.

Still, Prince's actual plan for Afghanistan has many skeptics.

If this idea didn't promise to be a significant moneymaker, then those who stand to profit from it wouldn't be pushing it so hard.

"The idea that these contractor-soldiers embedded into Afghan units are only going to be 'training' is almost laughable," said Laurel Miller, a senior foreign policy expert at RAND and a former top American diplomat on Afghanistan and Pakistan.

"And the idea that privatising the war is going to save money is certainly laughable," she continued. "If this idea didn't promise to be a significant moneymaker, then those who stand to profit from it wouldn't be pushing it so hard."

Even many of the Afghan political leaders who see merit in elements of Prince's proposal — including having trainers of Afghan forces embedded for longer periods, and establishing better air and medical evacuation support accessible to Afghan commanders — express concern about the possibilities of a private security presence less accountable than the US military.

When pressed on what Prince's proposal could look like in practice, many of the political figures gave the example of the CIA-run Afghan strike forces that are active in several parts of the country. But those militias, backed by intelligence contractors, have repeatedly been accused of violence against civilians.

Prince insists the greater danger is in an impatient American public forcing a complete withdrawal and leaving a security vacuum.

"Eventually America is going to grow tired," he said. "At that point, you are one suicide vest away from a mass casualty incident that kills a bunch of Americans and makes people say: 'What the hell are we doing there? We have been doing this for 18, 19 years.'"