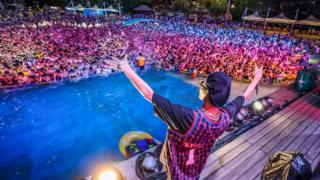 Thousands of people packed shoulder-to-shoulder with no face masks in sight, frolicking on rubber floats and cheering along to a music festival.

It’s not a very 2020 image, but it was the scene this weekend in the Chinese city of Wuhan, where Covid-19 first emerged late last year.

Pictures of partygoers at the Wuhan Maya Beach Water Park – looking very much removed from the outbreak that the rest of the world continues to battle – have now gone, well, viral. 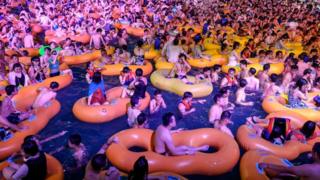 It’s worlds apart from the images that came out of Wuhan when it had the world’s first Covid-19 lockdown in January – a ghost town devoid of residents and vehicles.

The lockdown was lifted in April and there have been no domestically transmitted cases in Wuhan or Hubei province since mid-May.

A slow return to normal

Wuhan went into a then unprecedented lockdown on 23 January – at a time where the virus had killed 17 people and affected more than 400.

It was a week after China confirmed that human-to-human transmission of the virus had taken place, something not previously proven. 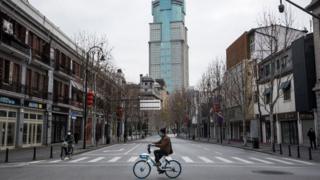 The city of 11 million people was entirely cut off from the rest of China, as thousands of people were over the next few months tested and placed in quarantine. All large public gatherings were cancelled and people told to avoid gathering.

By March, the lockdown slowly started to ease.

One resident from each household was allowed to leave their residential compound for a maximum of two hours.

Shopping malls began re-opening, public transport started to run and people slowly started heading out – though social distancing was still in place and masks had to be worn.

Couples rushed to get married, after having their plans put on hold for months. 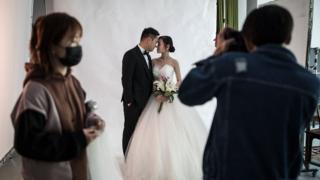 For a while it seemed like life was getting back to normal as schools re-opened, businesses slowly emerged and public transport resumed operations. 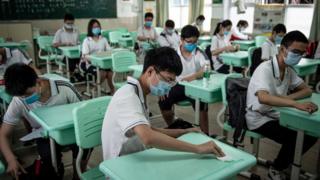 But on 12 May, six new virus cases were recorded. The city quickly put in place ambitious plans to test its entire population of 11 million people. The outbreak was soon brought under control.

By June, night markets – which see street stalls set up along small streets – were allowed to re-open.

And a month later, in July, life truly started to go back to normal in most parts of China. Cinemas in most places were allowed to re-open, certain parks, libraries, museums were also allowed to open at half capacity and larger gatherings were given permission to take place. 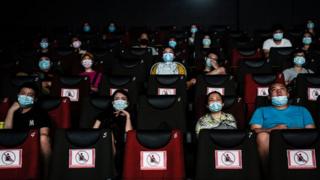 Today, it appears that life has edged back to normal in Wuhan. The images of partygoers attending the HOHA Water Electrical Musical Festival over the weekend have only proved this point. Organisers even offered female tourists tickets at half price in a bid to attract more visitors.

Wuhan Happy Valley – the theme park that owns the Maya Water park – re-opened on 25 June, but according to its deputy general manager it only started getting more visitors this August.

The park currently sees around 15,000 visitors on the weekend, he said, around half the number of people it saw this time last year.

On Chinese social media, some commenters expressed surprise that such a large scale event was allowed to take place in Wuhan. There was also alarm on Twitter and Facebook. But Wuhan has not had a local coronavirus case since mid-May, and about 9.9 million people in the city have been tested for the virus. There are no bans in place on large gatherings. 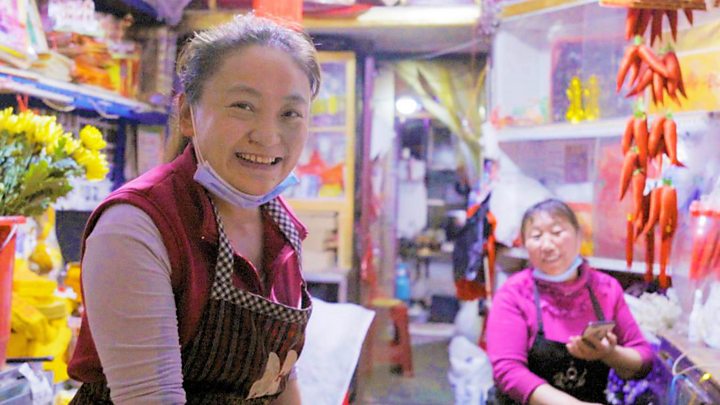 Meanwhile, the virus continues to rage on elsewhere. There have been more than 21 million cases worldwide. Countries like New Zealand and South Korea – which seemed to have successfully contained the virus – are facing a new wave of cases.

So it may be a long time before other countries feel confident in allowing crowded events to resume.

All images subject to copyright.