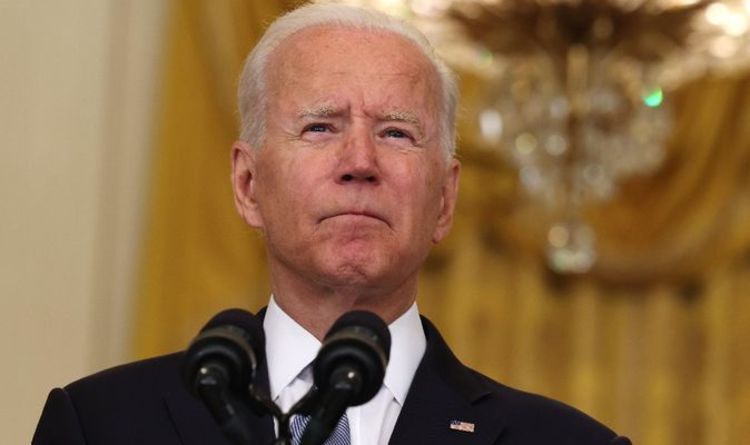 Joe Biden has been slammed for “rebuffing” Boris Johnson and other western leaders seeking an extension to the timeline for evacuating vulnerable personal out of Afghanistan. At a G7 meeting held on Tuesday night, the US President was lobbied to allow US troops to stay in Kabul past the August 31 deadline. Tens of thousands of desperate Afghans have crammed the city’s airport seeking a ride to safety,  Sky News Australia host Peta Credlin branded the situation a “life and death crisis.”

“But Biden would have none of it overnight, he rebuffered Johnson.

“Along with all the other Western leaders who had wanted to give their Afghan allies a fair chance at reaching sanctuary.”

“The likelihood now is that tens of thousands of Western-sympathising Afghans, and self-identifying former workers for Western governments and aid agencies, will be left to their fate outside the airport, at the mercy of their sworn enemies,” added the Sky News Australia presenter.

“If the Taliban are true to form, they are likely to be slaughtered and I use that word deliberately – to lose their lives in the most brutal of circumstances.

“Biden, it is reported, was worried about terror attacks on US forces, at Kabul airport –which is fair enough at one level, I suppose, but does the risk of terrorism justify leaving behind your own people and the people you have a duty to protect?

“Doesn’t going soft on Taliban terrorists now only risk bringing it again back to your own shore, in the years ahead?”

Afghanistan: Paralympian reunites with pilot who flew him home

It comes the same day a former British Army officer Charlie Herbert warned the crisis in Afghanistan is only “going to get worse” after the Taliban closed the road to Kabul airport to Afghan nationals.

He expressed concerns that the situation at Kabul airport could worsen considerably when Afghans looking to flee realize the gates are closing and time is running out.

Mr Herbert told TalkRADIO: “You have seen those scenes outside the airport.

“We all know that gate is not going to be open indefinitely and we are trying to get [the translators] through the grounds and in.

He continued: “And as your rightly say Julia this is only going to get worse over the next few days.

“The moment that those desperate Afghans realize that the gates are closing and the evacuation is ceasing then I’m really worried about what the situation is.

“It has been a herculean effort but we have just got to make one last push.”