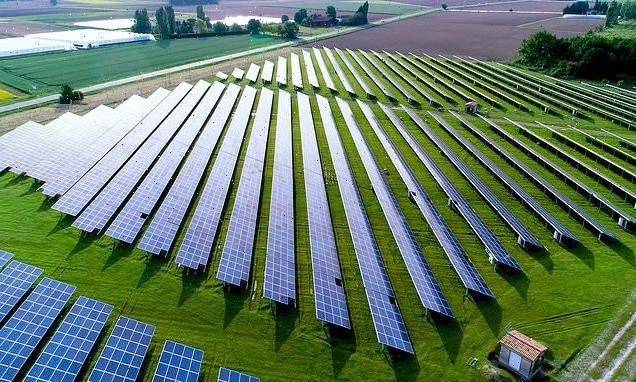 A huge blaze which took 59 hours to extinguish was caused by an explosion at a controversial mega-battery site, a report has confirmed.

The revelation, only made public following a Freedom of Information Request, raises concerns over Government plans to roll out dozens of huge solar farms, which rely on giant lithium-ion batteries to store excess energy.

The fire, near a residential area in a Liverpool suburb in September 2020, threatened to engulf the area in a toxic plume of gas, while debris was blasted up to 75ft away. Efforts to put out the blaze were hampered after water hydrants proved ‘inadequate’, the report by Merseyside Fire & Rescue Service found. Firefighters initially mistook the battery cabins for refrigeration units.

Dr Edmund Fordham, a fellow of the Institute of Physics, said it was ‘a warning of what may be to come with much larger battery farms’.

There are hundreds of sites in operation or going through the planning process, said Dr Fordham, who last year co-authored a report into the dangers of the battery storage systems and is campaigning against a proposed mega-farm in Cambridgeshire. 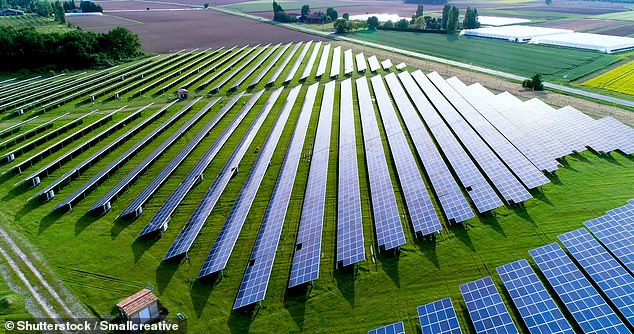 The revelation, only made public following a Freedom of Information Request, raises concerns over Government plans to roll out dozens of huge solar farms, which rely on giant lithium-ion batteries to store excess energy (stock image)

‘There is a major accident hazard,’ he said. ‘But the Health and Safety Executive is giving the battery industry a free pass. The Government isn’t bothered, probably because it’s so central to their crackpot energy policy.’

The Government is keen to expand the number of solar farms. But they rely on large batteries, known as BESS, to store excess electricity before releasing it to the grid. Fears have been growing over the safety of the batteries following a series of fires around the world. Two firefighters were killed last year in Beijing, while in 2018 there were 23 such fires in Korea.

The report found the Liverpool blaze happened despite safety checks a month earlier. A spokesman for Orsted, the firm which owns the site, said an investigation into the fire was ‘ongoing’. Orsted is planning another energy storage site using batteries in Norfolk.