Is the River Cottage about to become the River Mansion? Hugh Fearnley-Whittingstall gets the go-ahead for massive expansion of his famous restaurant

Hugh Fearnley-Whittingstall has been given the go-ahead to expand the headquarters of his renowned River Cottage restaurant.

The celebrity chef’s beloved eatery shot to fame on Channel 4 in ‘Escape to River Cottage’, which followed him as he experimented with living off the land in Dorset, befriending helpful locals along the way.

Now his plans for a 16-room guesthouse, a cookery school, an events space and informal lounge space at River Farm near Axminster, Devon, can be put into action. 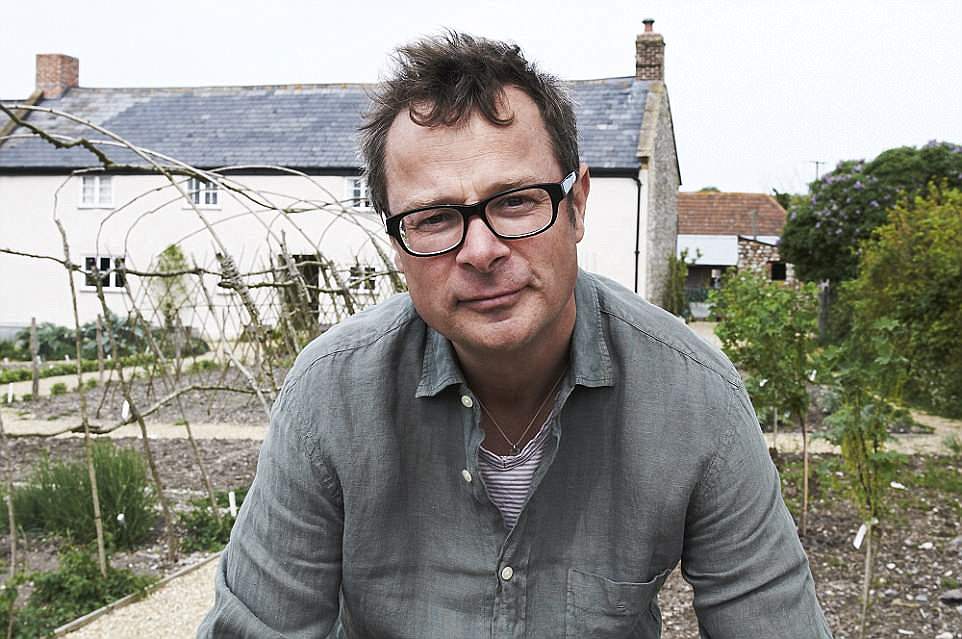 Hugh Fearnley-Whittingstall outside his beloved River Cottage restaurant, which he has now been given the go-ahead to expand 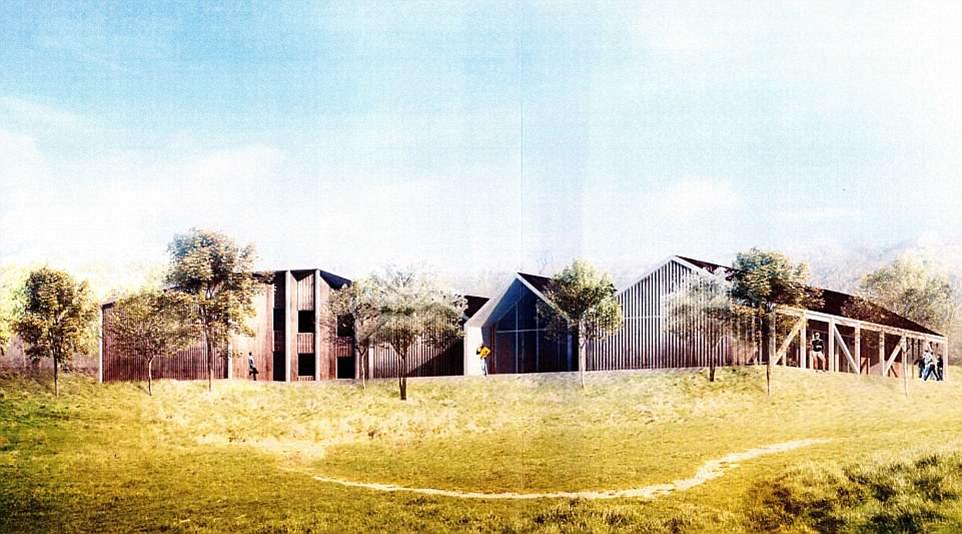 An artist’s impression of how the development of his restaurant’s headquarters could look. The plans include a 16-room guesthouse, a cookery school, an events space and informal lounge space 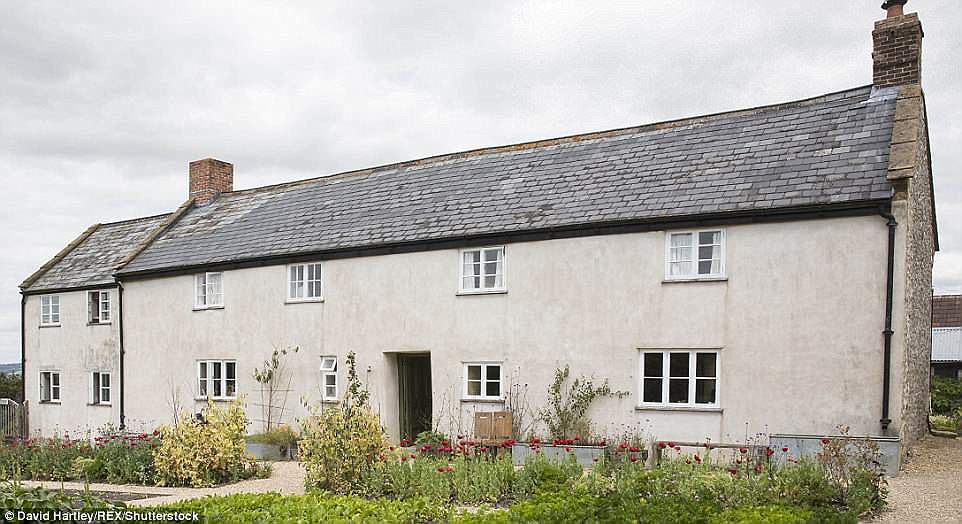 River Cottage HQ, which has now been given the nod for major development which will allow it to compete with other major cookery schools

Though the chef’s ambitions would go against the Local Plan, East Devon District Council planners were told that the scheme would allow River Cottage to compete with other major cookery schools and create lots of new jobs.

Speaking to the committee, Mr Fearnley-Whittingstall said: ‘It has been an enormous privilege over the last 12 years to have our River Cottage HQ in East Devon.

‘There was some anxiety when we arrived but any fears that when we were trying to create a television theme park or some kind of Disneyworld have been allayed and I hope and believe we have been a responsible and sustainable business and I hope we have created something very special.

‘The expansion will allow us to provide a sustainable future for our business.

‘We will provide onsite accommodation which people have been asking us to have for years and this will create at least 22 full-time jobs.’

A report to the committee, recommending approval, said: ‘The proposed development would support an existing successful business which also forms a tourist attraction and supports the local economy.

‘The proposed letting rooms would offer the chefs and apprentices attending the multiple day courses on site an offer of accommodation rather than needing to travel off site after the course has finished returning the next morning.

‘The new facilities will enable an increase in the numbers of course attendees which in turn would mean that surrounding bed and breakfasts would still benefit from the business as existing.

‘The proposals represent an expansion of a successful business that is a significant draw and ‘anchor’ for tourism in the local area. It will also provide educational opportunities for local people.

‘The benefits to the local economy, through the supply chain, increased tourism and training opportunities are considered to be significant benefits that justify a departure from local plan policy.’

An artist’s impression of how the development of the restaurant’s headquarters could look. One councillor said the plan would not have been considered if it had been any other establishment than River Cottage

An artist’s impression of how the development of the restaurant’s headquarters could look. The planning committee unanimously approved the application for substantial development

The application drew support from Sir Oliver Letwin, who has been the MP for West Dorset since 1997.

He said: ‘The business plays an important role in promoting the West Country, and in particular, the contribution of Devon and Dorset to Taste of the West.’

‘This application would probably not be in front of us to be even be discussed if this was not River Cottage and the spin-off that this provides,’ he said.

‘I can see the benefits of this but some of the finer details need to be looked into.’

But the committee unanimously approved the application.

Committee chairman Councillor Mike Howe said: ‘We do not go by the applicant. We go by the plans.’ 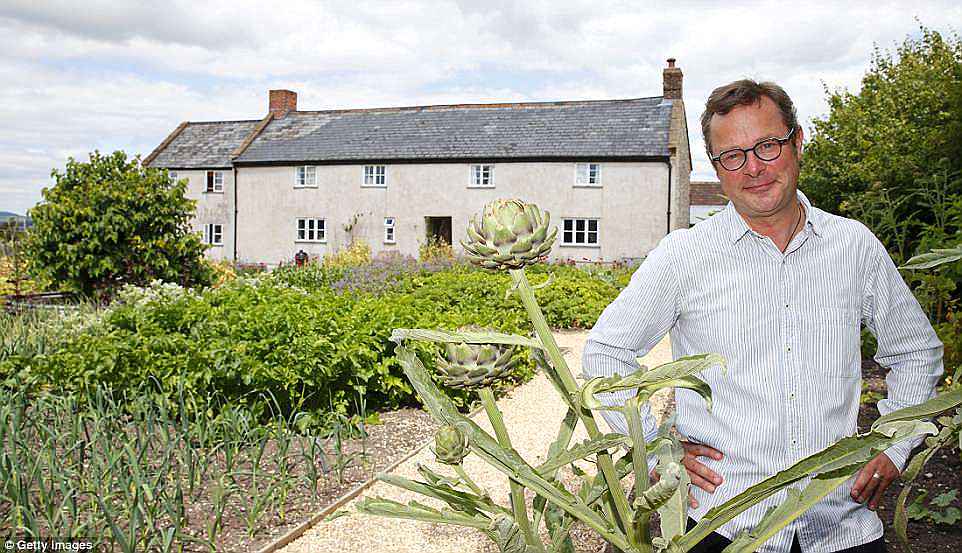 Hugh Fearnley-Whittingstall outside his beloved River Cottage. He assured locals he is not trying ‘create a television theme park or some kind of Disneyworld’