Human remains were found at Lake Mead for the fourth time in about three months amid an alarming drop in water levels at the United States’ biggest reservoir.

Investigators will now look into their records of missing people as the Clark County Medical Examiner’s Office works to discover the circumstances and timing surrounding the death.

Lake Mead is about 25 miles east of Las Vegas and covers parts of Nevada and Arizona. 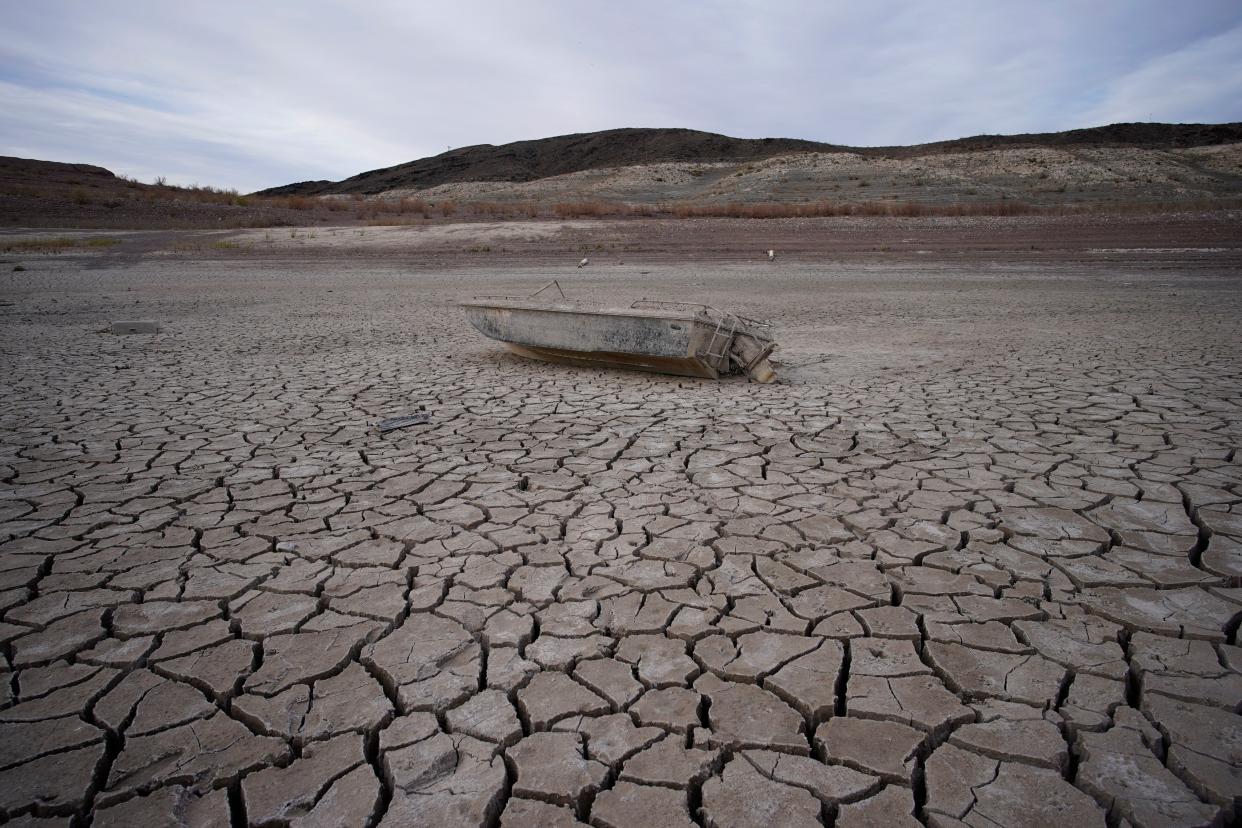 FILE – A once-sunken boat is pictured at Lake Mead on May 10 near Boulder City, Nev. (John Locher/)

The recent discoveries at Lake Mead began on May 1, when a barrel holding the remains of a person whom police believe was killed by a gunshot was recovered. Authorities suspect that person was dumped in the reservoir during the 1970s or ‘80s.

Skeletal remains were found across the reservoir less than a week later, while partial human remains were discovered late last month near Lake Mead’s Boulder Beach.

Originally flooded in 1935, Lake Mead hasn’t been full since 1983. The water level has dropped by more than 170 feet since then, with scientists saying the western United States has become drier over the past three decades.