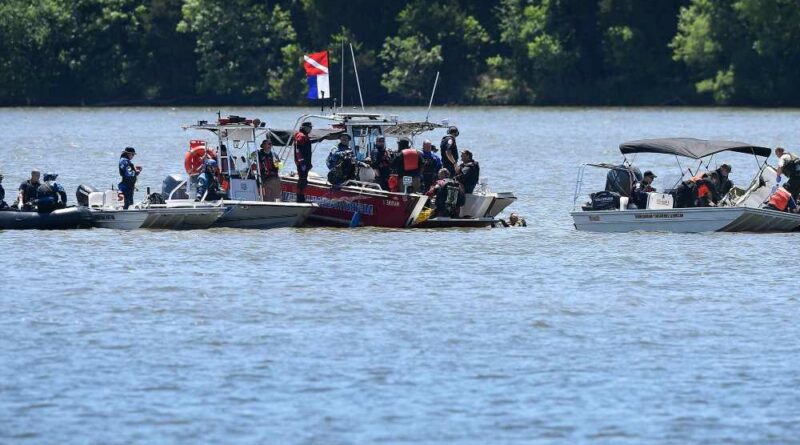 Airplane operated by military contractor crashes near Nevada base

Plane crazy: Somehow this aircraft — and another — survived a wild mid-air collision

Dive teams in Tennessee found human remains believed to belong to the seven victims — including a Christian diet guru — who are presumed dead after a small plane crashed into a Tennessee lake, reports said Sunday.

Local emergency agencies uncovered the remains and pieces of the plane in Percy Priest Lake sometime Sunday, the Tennessean reported.

Rutherford County Fire Captain and Incident Commander John Ingle said the crash site and corresponding debris field is “half of a mile wide” and the recovery effort is still underway as officials use drones to survey the site, the outlet said.

It’s not clear who the remains belonged to but Christian diet guru Gwen Shamblin Lara and her husband Joe Lara, who played Tarzan on television in the 1980s and 1990s, were both on board along with five other adults.

The Cessna 500 was headed from Smyrna to Palm Beach International Airport in West Palm Beach, Florida when it crashed soon after takeoff Saturday morning due to what’s believed to be a mechanical failure on the 39-year-old plane, the outlet reported.

While there were two licensed pilots on board, Joe Lara and Brandon Hannah, they weren’t legally allowed to fly the Cessna, the outlet reported, citing data from the Federal Aviation Administration.

Joe Lara, 58, had not updated his medical certification since 2017, which is required every two years, and Hannah wasn’t certified to fly the Cessna 500 series, the FAA database shows.

It’s not clear who was piloting the plane and what exactly went wrong.

All seven aboard were from Brentwood, about ten miles south of Nashville, and several were affiliated with the controversial Remnant Fellowship Church, which Gwen Shamblin Lara founded and some have compared to a cult.