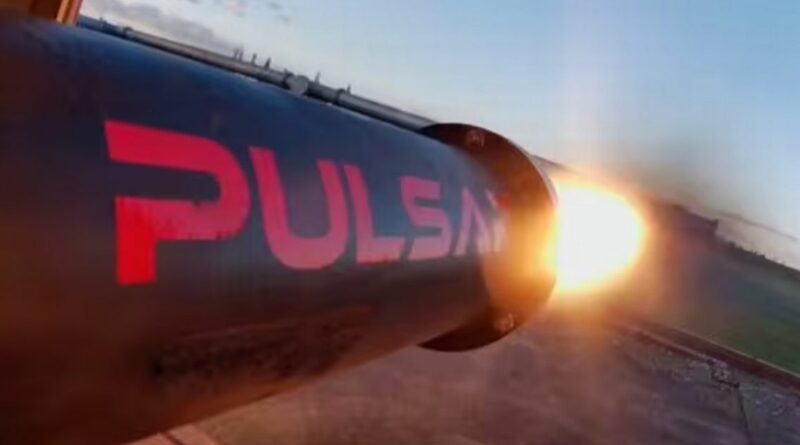 For out-of-this-world news, sign up for the Spaced Out newsletter

Humanity could travel to planets in the outer Solar System and beyond, thanks to a UK firm who have just received funding from the Government.

Earlier this year, the business began trialling its new tech in Switzerland and the UK in a bid to be the first to get humans to Mars.

Based in Bletchley, the company has received additional funding from the UK Space Agency (UKSA) to develop “…integrated nuclear fission-based power systems for electric propulsion”.

Though the technology is still theoretical, scientists across the globe are attempting to perfect the science which sees hydrogen atoms fuse with helium and other elements – generating energy as a by-product.

Despite this advanced tech, the fusion rockets would only work in the vacuum of space.

In order to get them off the ground, Pulsar Fusion have developed hybrid rocket engines which are capable of launching and then using nuclear fusion to propel the spacecraft after leaving Earth’s atmosphere.

Strangely, the firm is also connected to another star.

Its CEO is former Made in Chelsea star Richard Dinan, who appeared in series three of the hit reality show whilst dating Kimberley Garner.

The pair were seen together on the show, as Richard attempted to woo Kimberly with a helicopter ride and date at a luxurious restaurant.

Whilst the pair eventually split, the CEO has remained close to his other MIC co-stars, including Binky Felstead and Ollie Locke.

Since then, 35-year-old Richard, who is also close to Prince Harry, has focused his attention on developing this new breed of rockets stating that they could “save” humanity.

Working from a warehouse at the edge of Milton Keynes, the CEO is developing a number of different rockets as well as fusion-based engines.

It’s hoped that this new tech could drastically reduce the time and cost involved in space travel, with the company receiving the grant for developing plasma thrusters.

Pulsar Fusion’s Head of Operations, Dr James Lambert, spoke about the new government fund stating that he was “delighted” for the firm’s work to be recognised.

“Pulsar has built and tested the most powerful electric propulsion engines in Europe.”

"The project will help us to build relationships and gather important data that will contribute towards our longer-term ambitions for nuclear fusion propulsion."

The firm tested it’s first plasma rocket earlier this year and are aiming to have it’s first testable fusion rocket by 2027.

Speaking to The Express, CEO Richard Dinan told the paper: "Fusion means that we are not just that species that ultimately just start to destroy all our planet's resources and then blow ourselves up.”