A woman living in a town run by Prince Charles’s Duchy of Cornwall says she is being evicted for having too many plants outside her house.

Alexandra Wilson-Jones, 49, says she was served an ‘eviction notice’ last week by her landlord at her house in Poundbury, Dorset – Charles’ model village.

She had fallen out with the Duchy – which runs the estate – over a display of plants in a communal courtyard outside her home and now believes it is to blame for the eviction notice.

Ms Wilson-Jones described the Duchy as ‘the mafia’ and said there is no other reason why the landlord would want to get rid of her.

She told the MailOnline: ‘I am a fantastic tenant. This is something that has just been orchestrated by the Duchy.

‘I have had an excellent rapport with the letting agents and I just do not think the landlord wanted to get embroiled in the dispute.’

Ms Wilson-Jones received the eviction notice from letting agency Oracle Estates on behalf of the owners of the property. 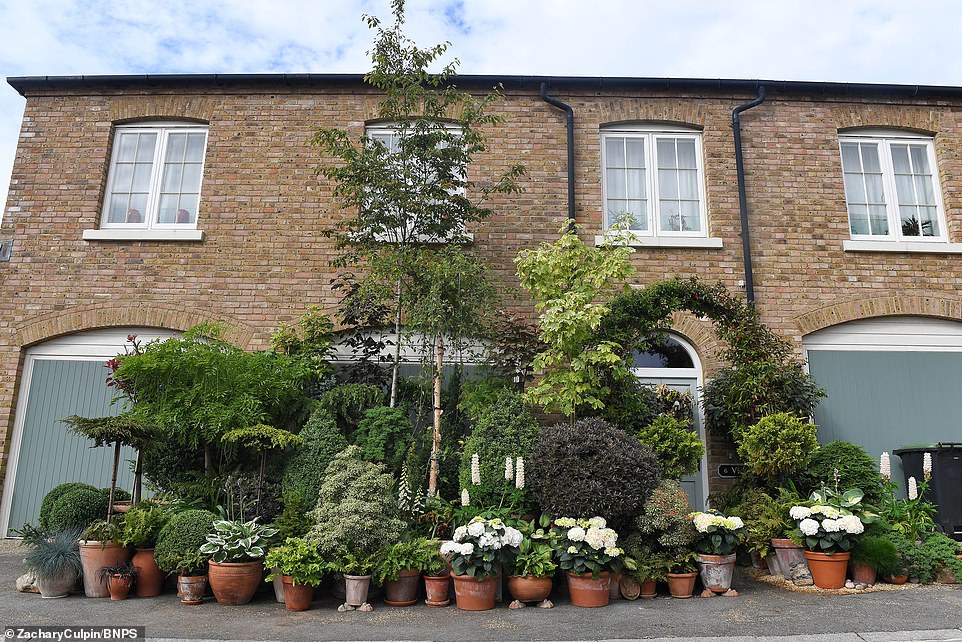 Alexandra Wilson-Jones, 49, has been served an eviction notice by her landlord after getting in a dispute with the Duchy of Cornwall over the number of plants outside her house (pictured) 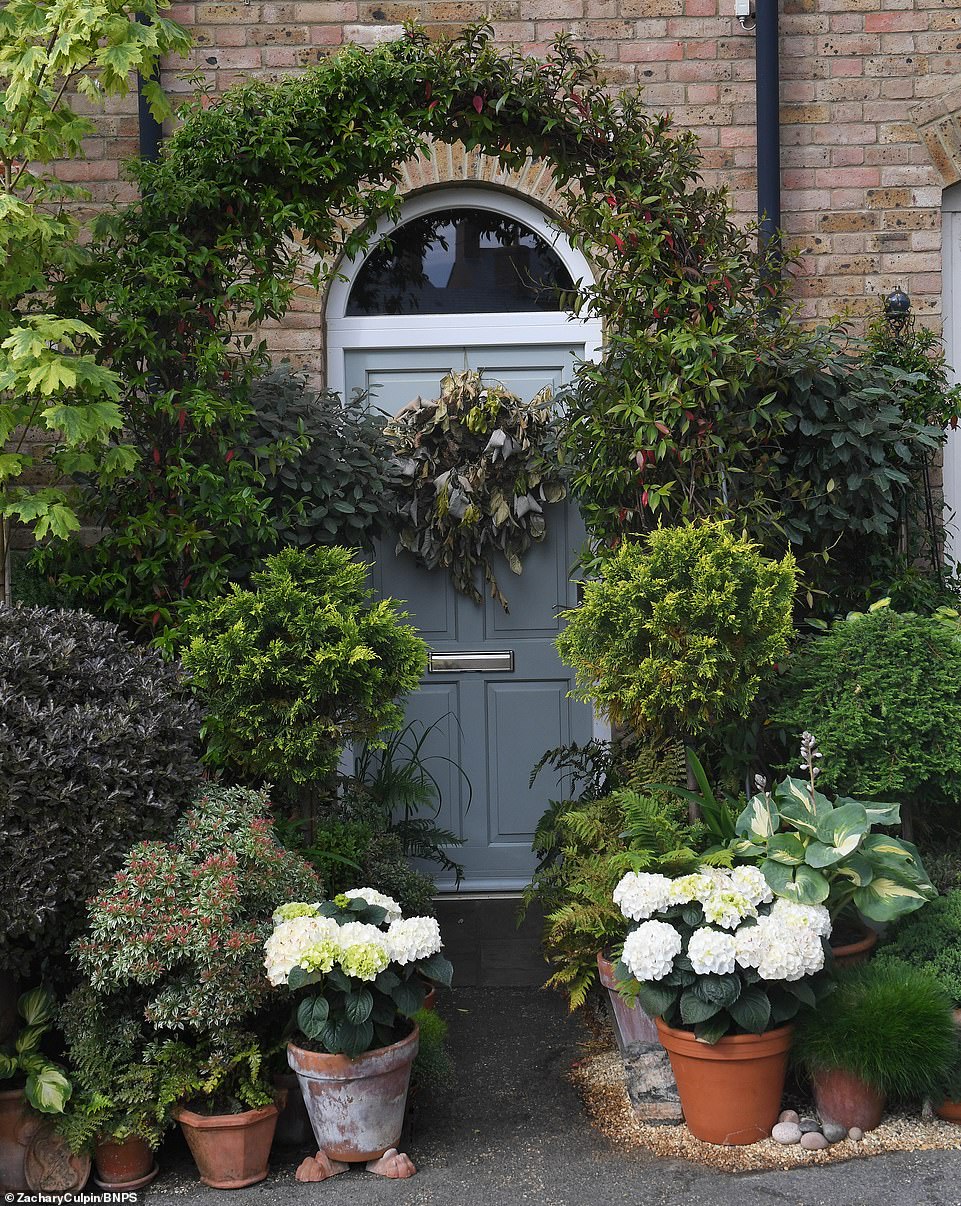 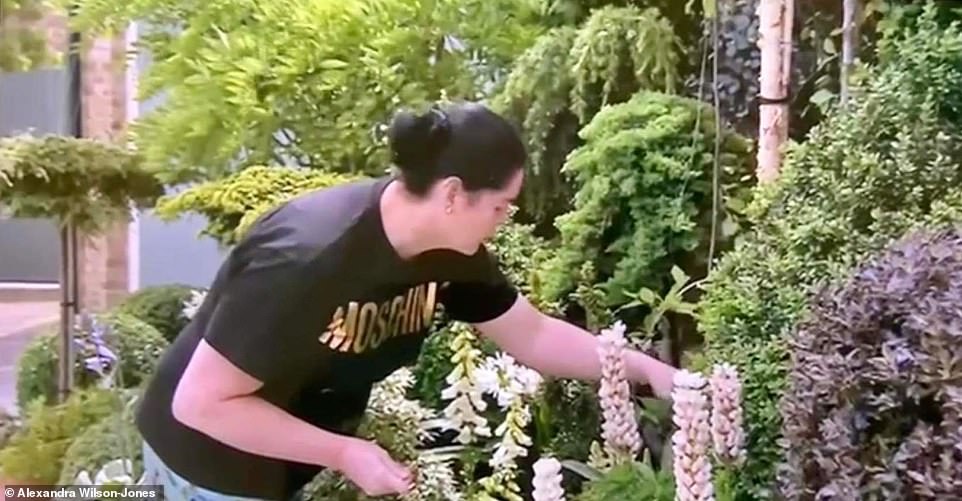 She said gardening became a passion project after her mother’s death and helped improve her mental and physical health. Pictured here tending to her courtyard garden

She added: ‘I am appalled. I feel utterly humiliated. The garden is not detrimental to anyone, in fact it’s something very beautiful for Poundbury.’

Ms Wilson-Jones said she was originally sent a letter by the Duchy telling her to significantly reduce the number of plants outside the property by January 2023.

But this week she received a Section 21 notice, calling for the tenant to leave the property by September 27. 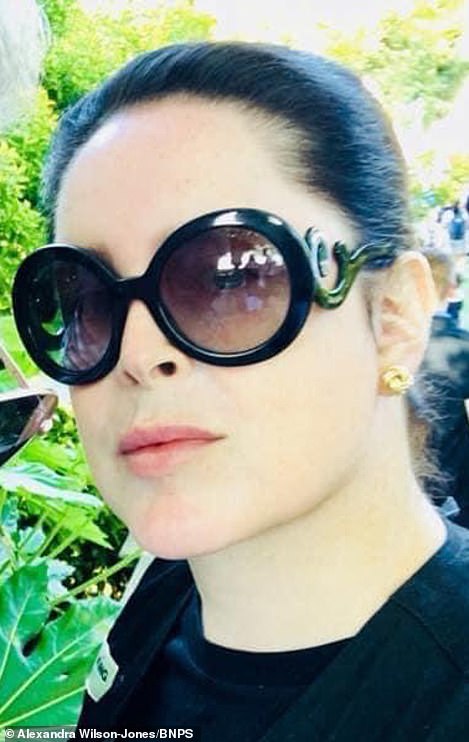 The landscape architect says she was in the process of producing a petition to the Prince of Wales when she received the letter.

She believes he would wholeheartedly support her floral display and thinks the Duchy’s actions go against his vision for Poundbury.

The village is a passion project for Prince Charles, who said he wanted to create new towns and cities that ‘would break the mould of conventional’ and ‘create an attractive place for people to live, work and play’.

Built on Duchy of Cornwall land, Poundbury currently homes 4,200 people in a mix of private and affordable housing.

Ms Wilson-Jones said: ‘The plants are very much in-line with the Prince of Wales’s ideologies.

‘I’m promoting gardening. I can’t understand why anyone would be opposed to that.

‘It has become quite a popular point in Poundbury and it is increasing wildlife in the courtyard and it is boosting the local economy by encouraging more people to buy plants – it is clearly having a rippling effect because more plants are appearing.

‘And, what should particularly appeal to His Royal Highness, is that it is absorbing carbon dioxide.

‘The Duchy’s approach is very short sighted. They do not realise the wonderful impact of community gardens and that is why I have always pressed for the Prince to come in on this.’

Ms Wilson-Jones originally moved into the property temporarily whilst another house near-by, that she’d inherited from her late mother, was being renovated.

But due to the impacts of the pandemic upon building work she has spent more time in the Duchy of Cornwall property than planned.

She started gardening to cope with the grief of losing her mother and said: ‘Gardening very much kept me alive. It stopped be from going through a depression during bereavement and it really helped me so much for my general health and my mental health.’

She said she still hopes to be able to come with an agreement so she does not have to leave her home because she loves living in Poundbury.

She said: ‘There is a lovely community feel and I have had the most incredible support from people who live here.

‘From people on large estates to kids in social housing. Everybody loves the garden. 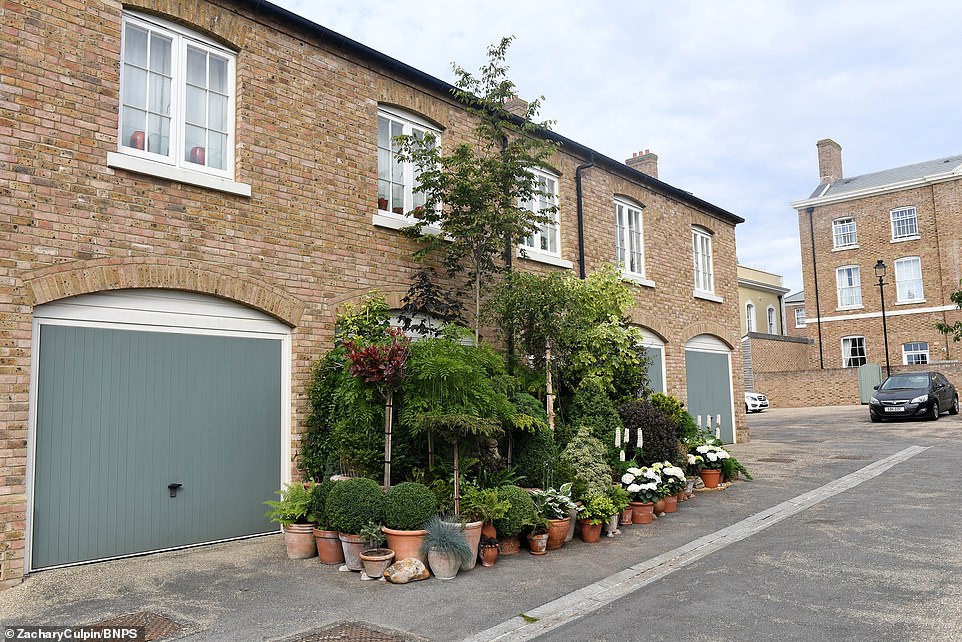 Ms Wilson-Jones insists that the floral display does not cause an obstruction and only blocks her own garage which she does not use. She added that the emergency services and delivery companies have never complained about it 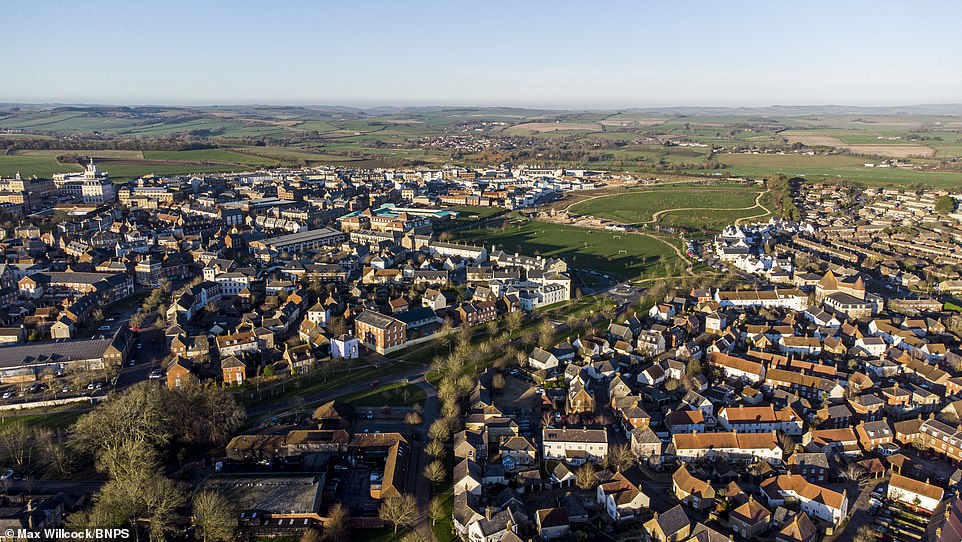 Poundbury (pictured) is a passion project for Prince Charles, who said he wanted to create new towns and cities that ‘would break the mould of conventional’ and ‘create an attractive place for people to live, work and play’

Poundbury residents are bound by a strict set of rules that they sign up to when they purchase a property there. These rules include:

‘There was an overwhelming view from everybody that this is unfair.’

The keen gardener said she suspects the Duchy has told her to remove the plants not because other residents are opposed to them but because she failed to ask permission.

She said: ‘What the Duchy have a concern about is not that I am causing any danger or detriment.

‘The question comes down to the fact that I did not have permission. No one even told me that I would need the Duchy’s permission.’

Poundbury has a strict list of ‘stipulations’ which all residents are bound.

Rule 11 states that residents must not ‘obstruct any common areas or roads or accessways or footpaths on the Estate’ but Ms Wilson-Jones says the pots are not an obstruction and only block her own garage.

She added that she has never received a complaint from emergency services or delivery companies regarding obstruction to the road.

She said: ‘There’s no concern being raised from Dorset waste partnership or the ambulance service.’

Ms Wilson-Jones was sent the eviction notice care of the owners and Oracle Estates, based in Weymouth.

A spokesman for the Duchy of Cornwall previously said: ‘We are aware of an issue where a large collection of privately owned plants are being stored in a communal courtyard without approval.

‘We welcome moves to enhance the appearance and environmental diversity of courtyards, however these need to be of an appropriate scale and nature, recognising that the courtyards are designed mainly to provide pedestrian and vehicular access to homes, garages and parking bays.

‘We are aware that complaints about the large collection have been raised by local residents and we will continue to work with the owner of the plants and the relevant developer to achieve a suitable outcome.’