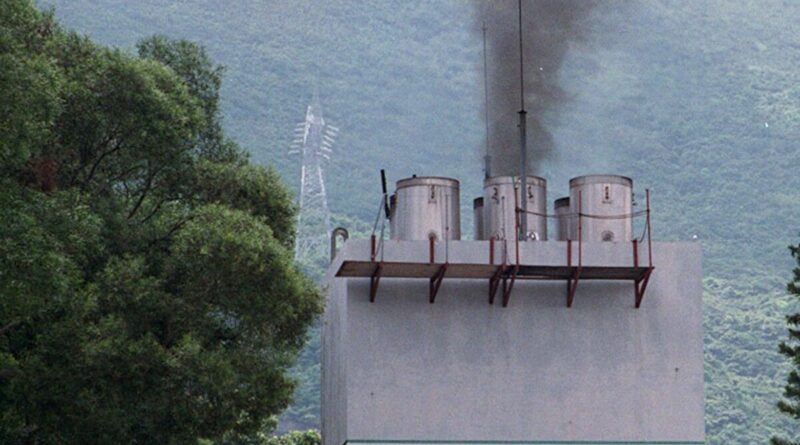 Coronavirus: UK to impose screening on travellers from China

Crematoriums in a major Chinese city are burning hundreds of bodies per day as the area is hit by a “tsunami” of Covid cases, claim relatives of locals on Chinese social media. One user with relatives in Qingdao – one of the largest cities in China – said the epidemic is “extremely serious” there with “99 percent of people in some government agencies unable to go to work”.

According to a user Chinese social media platform Weibo, every crematorium in Qingdao currently has a quota of 200 cremations per day.

There is said to be one crematorium in each of the seven districts in the city.

Since China dropped its zero-Covid policy, cases in the country have swelled massively – although the Chinese Communist Party claims otherwise.

Emergency rooms in small cities and towns have been reportedly overwhelmed.

It is predicted China will reach its first major peak on January 13 at 3.7 million cases per day.

Airfinity, the data analysis firm responsible for the figures, also predicts the death toll will peak 10 days after with around 25,000 deaths in China per day.

“Several of my relatives in Qingdao have all fallen ill, and the children have a fever… This is true of my classmates, friends, and neighbours.

“It is said that 99% of people in some government agencies are unable to go to work.”

The epidemic is reportedly worse in areas other than the capital, Beijing.

In China’s third most populous region, Henan, over 88 million people have been infected with Covid, according to local health officials.

The number is far from official central government data, which claims only 120,000 people in China have been infected since the zero-Covid policy has been dropped.

According to a report on the British Medical Journal website, China has “effectively” stopped counting Covid cases and deaths. The country recently stopped its official daily briefing of Covid cases that it had been doing since February 2020.

China recently stopped its official daily briefing of Covid cases, which it had been doing since February 2020. According to the British Medical Journal, China has “effectively” stopped counting Covid cases and deaths.

The country’s last briefing on December 23 claimed nobody had died that day while footage of packed hospital corridors went viral online.

“They work day and night, but they can’t burn them all,” they said.

China’s lack of transparency over Covid has recently been criticised by former CIA chief Mike Pompeo who claimed China is supposedly trying to infect the world again.

He recently said: “There is no reason we should allow the Chinese to do this again, to send Chinese-infected persons around the world, knowingly infecting people all across the globe.”

He added: “Xi got away with this once.”

“I regret he wasn’t held accountable. We should still do that for the 6 million people who died between the spring of 2020 and today.”