HUNDREDS of black protesters – many armed with clubs and bats – have faced off with white farmers over a murder case in South Africa.

Both groups hurled abuse and threats at each other during a court hearing for two suspects in the brutal killing of white farmer Brendin Horner. 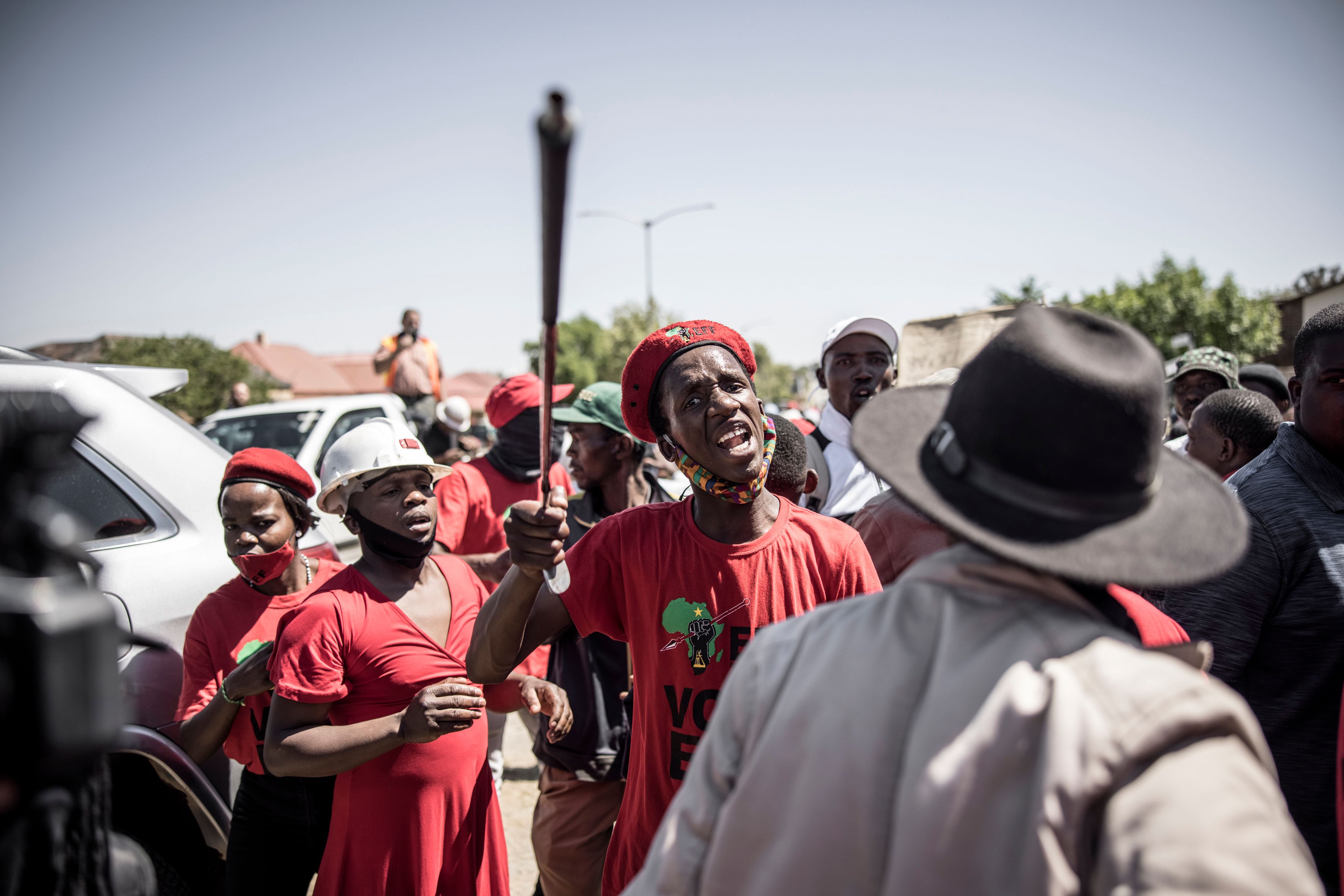 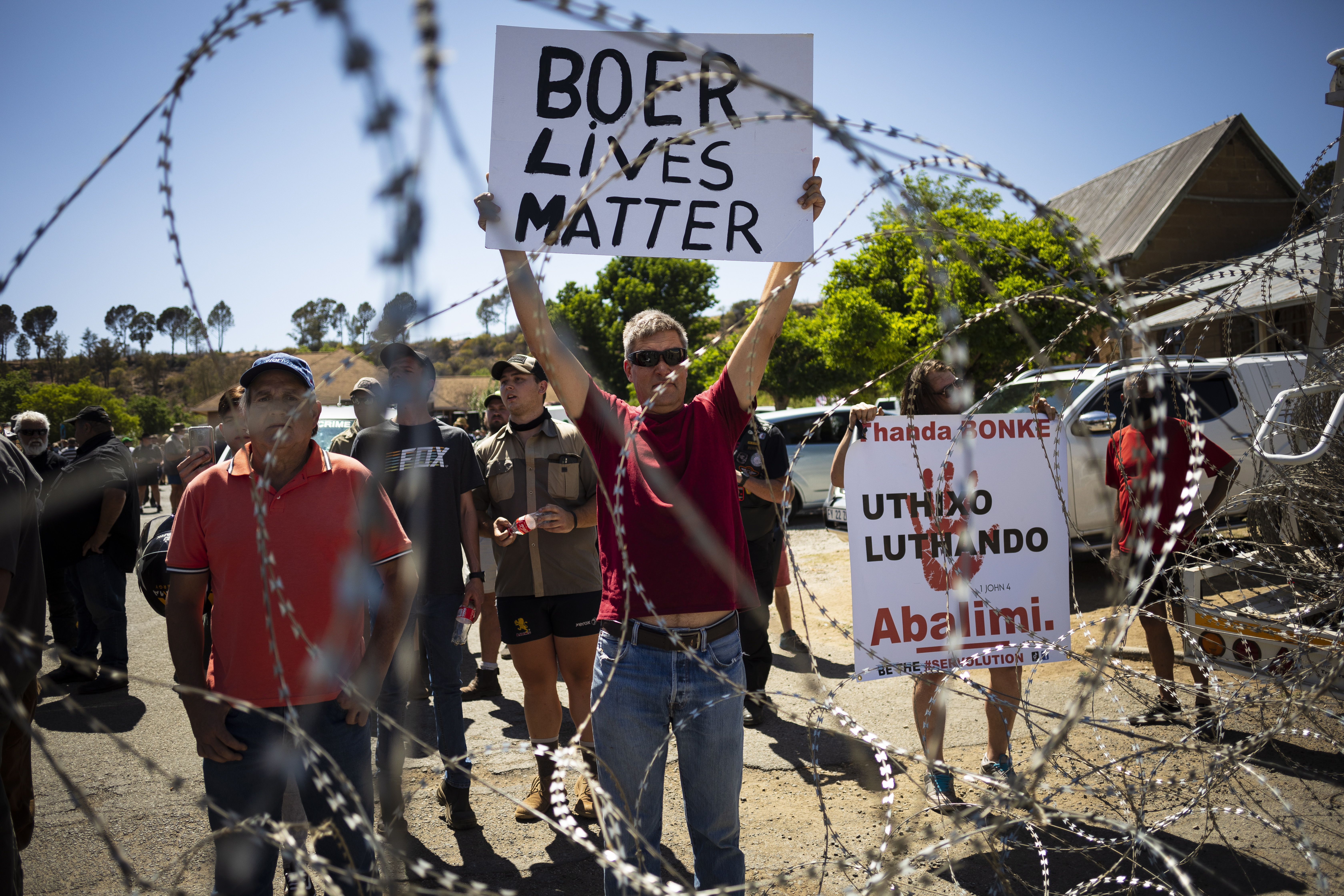 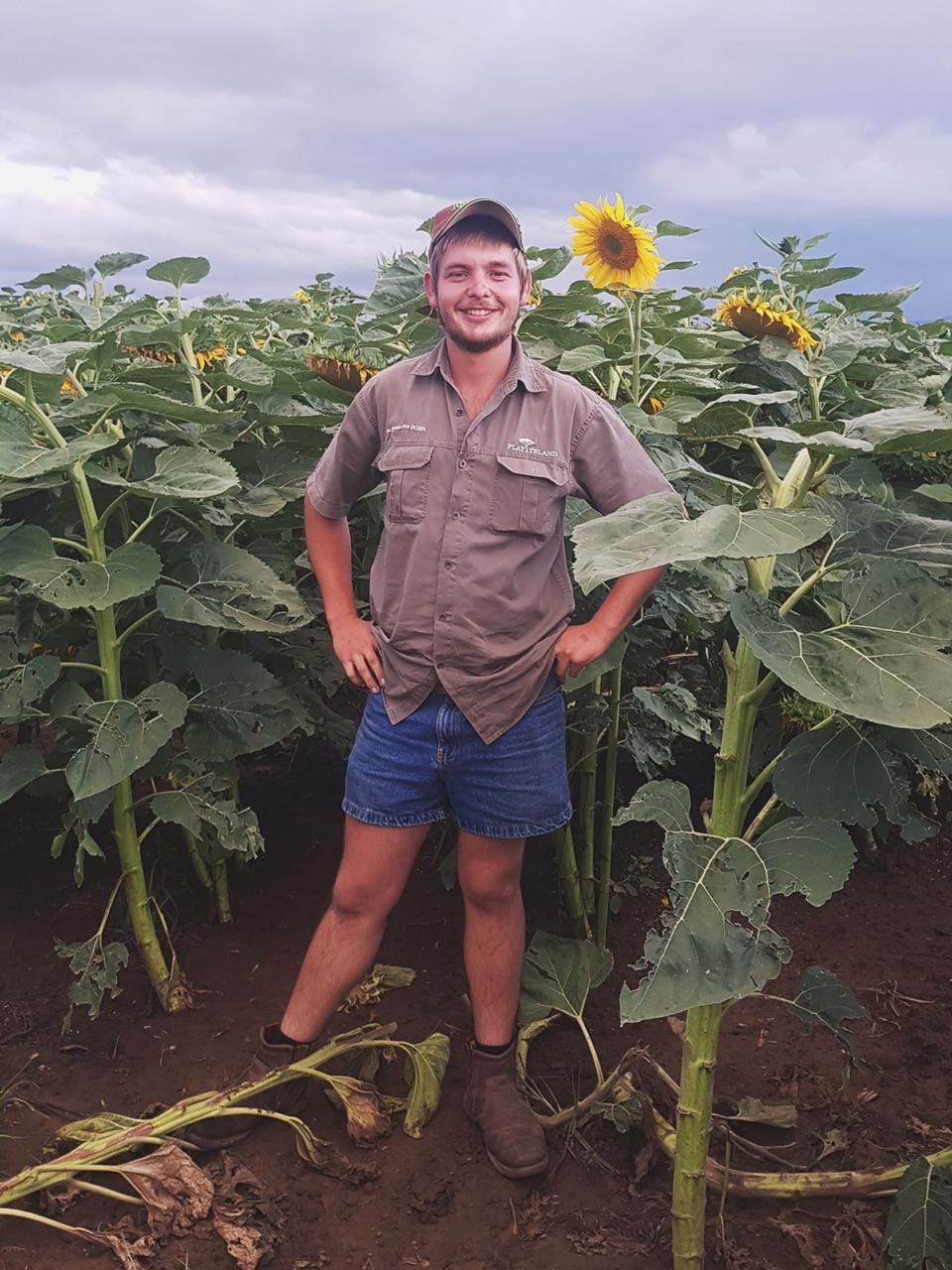 The 21-year-old’s body was found tied to a pole after he had been strangled at the farm he managed in Free State province.

His death sparked riots at the start of this month when a group of white farmers stormed the court and burned a police vehicle amid anger at other farm killings.

South Africa's left-wing opposition party, the Economic Freedom Fighters, mobilized about 1,000 of its supporters to challenge the white farmers in front of the court in Senekal for Friday’s hearing . 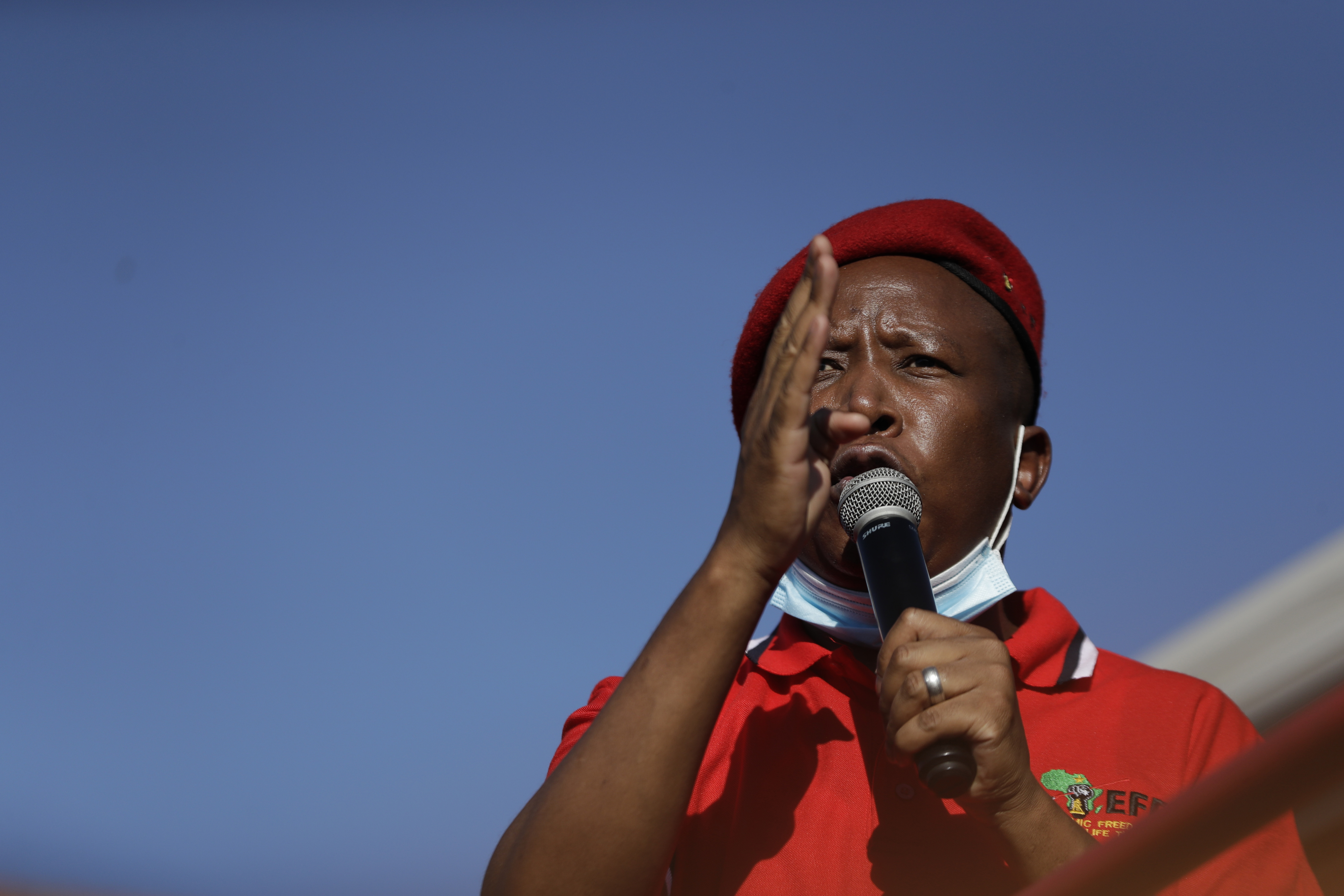 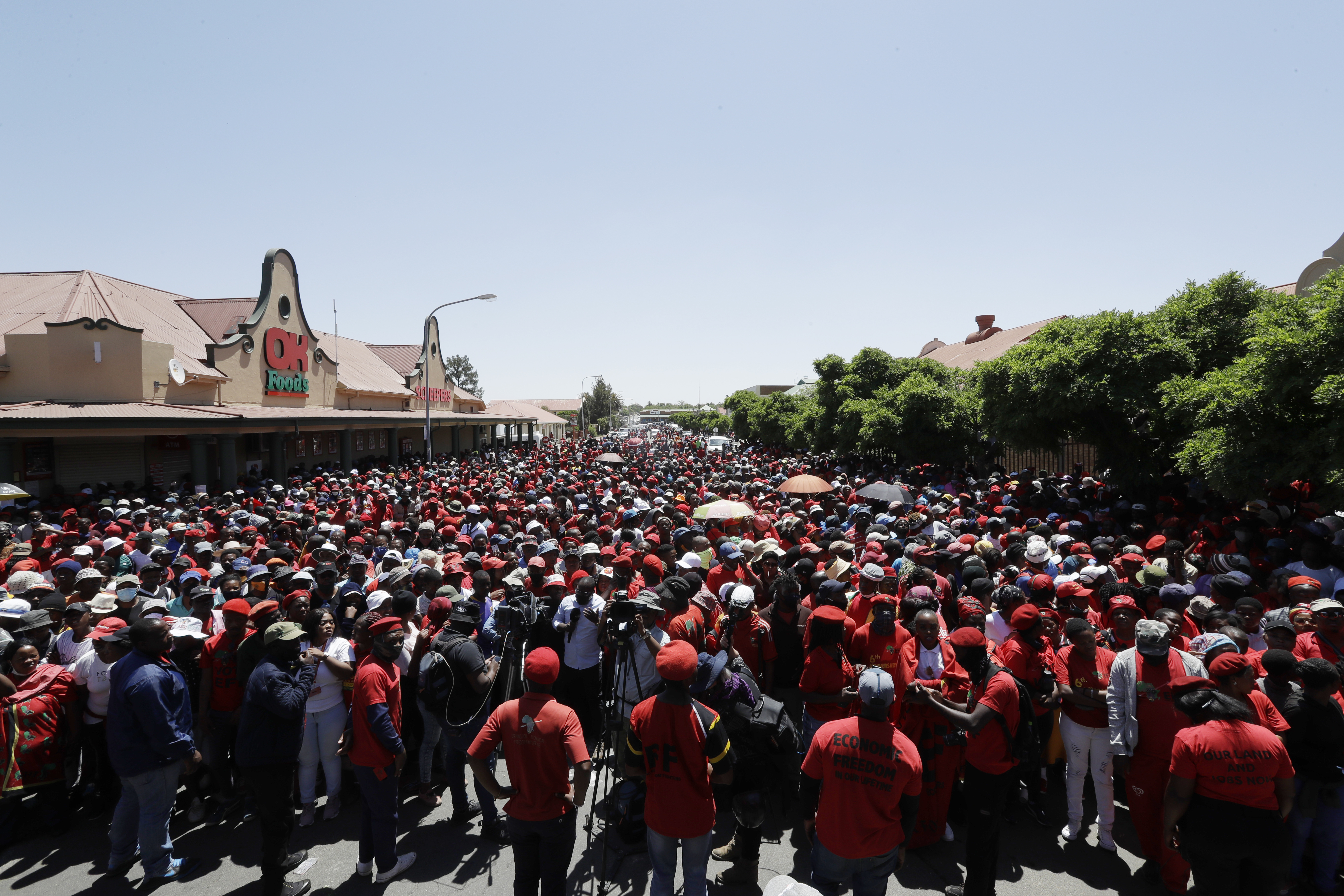 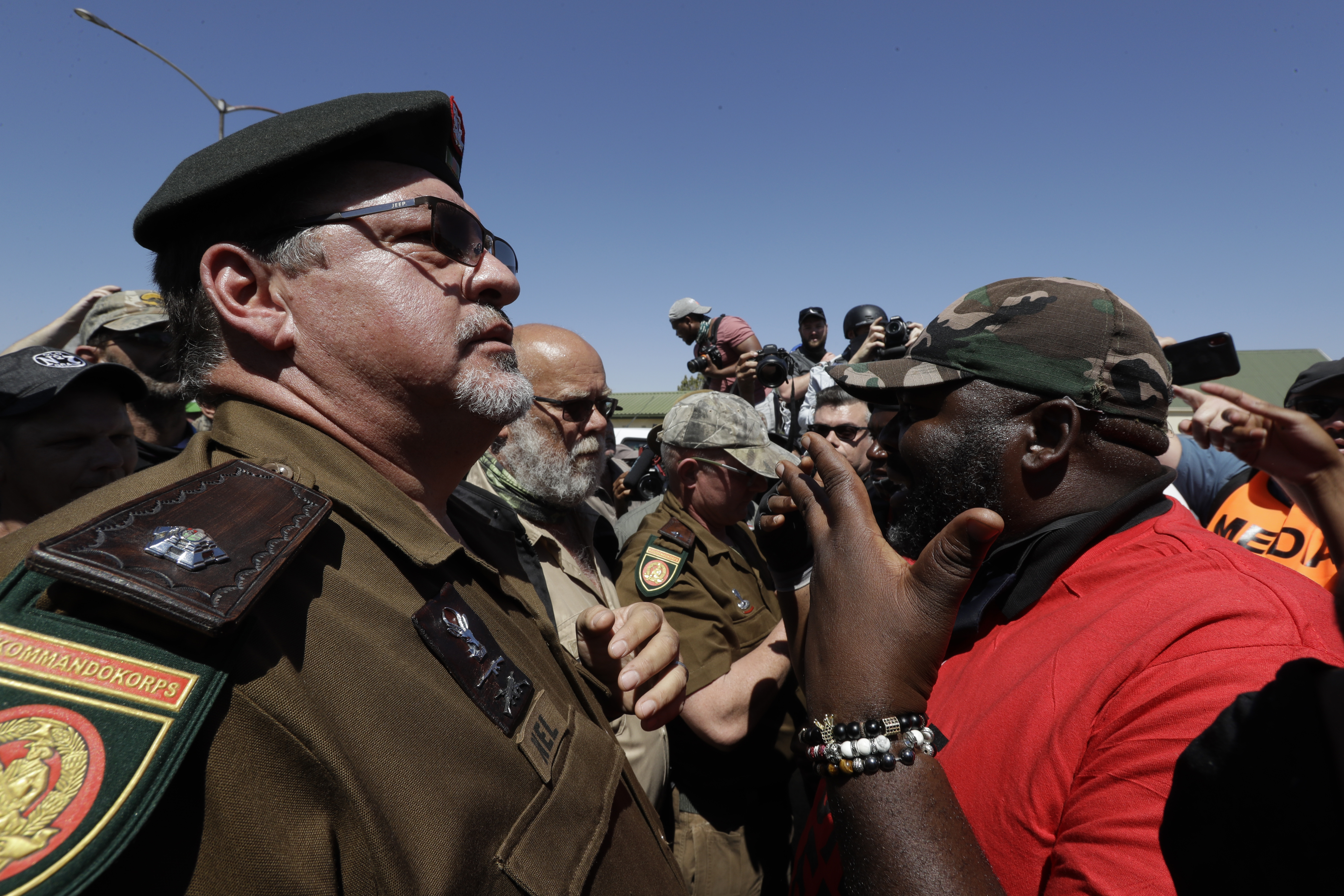 “We are going to face white men face-to- face,” he said in another tweet, accompanied by a picture of a rifle.

The EFF supporters sang songs and shouted slogans calling for South Africa's land to be returned to Black residents.

Many were dressed in the EFF party's red uniforms and berets and brandished golf clubs, hockey sticks and cricket bats.

They confronted 250 white farmers who gathered to protest the killing of Mr Horner, charging that police do not adequately protect them.

The farmers mostly wore khaki shirts and shorts, a few wore military outfits, and at least one was armed.

Some carried placards with “Boer Lives Matter” in reference to the traditional name for farmers in Afrikaans, a form of Dutch spoken by many whites. 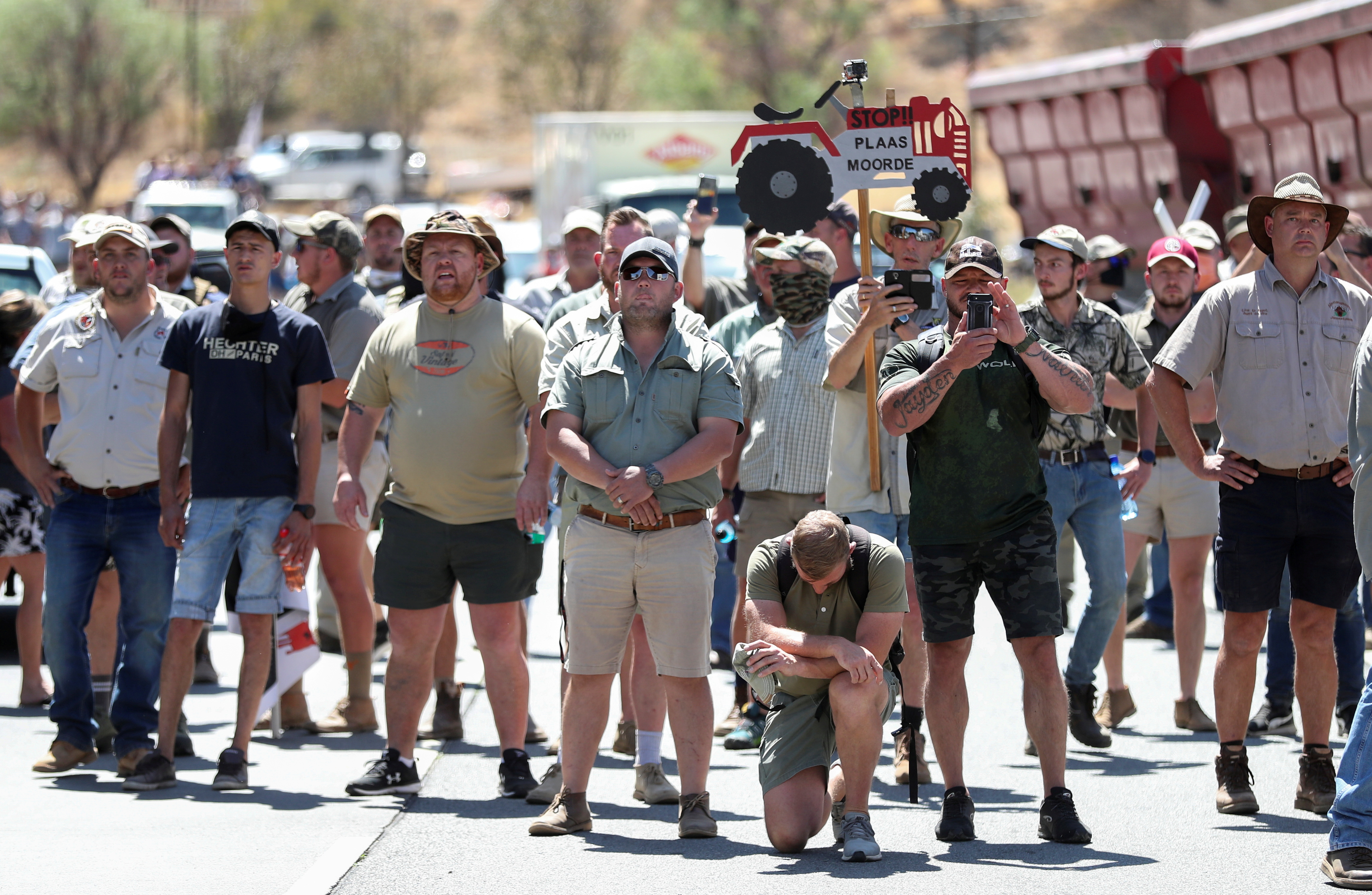 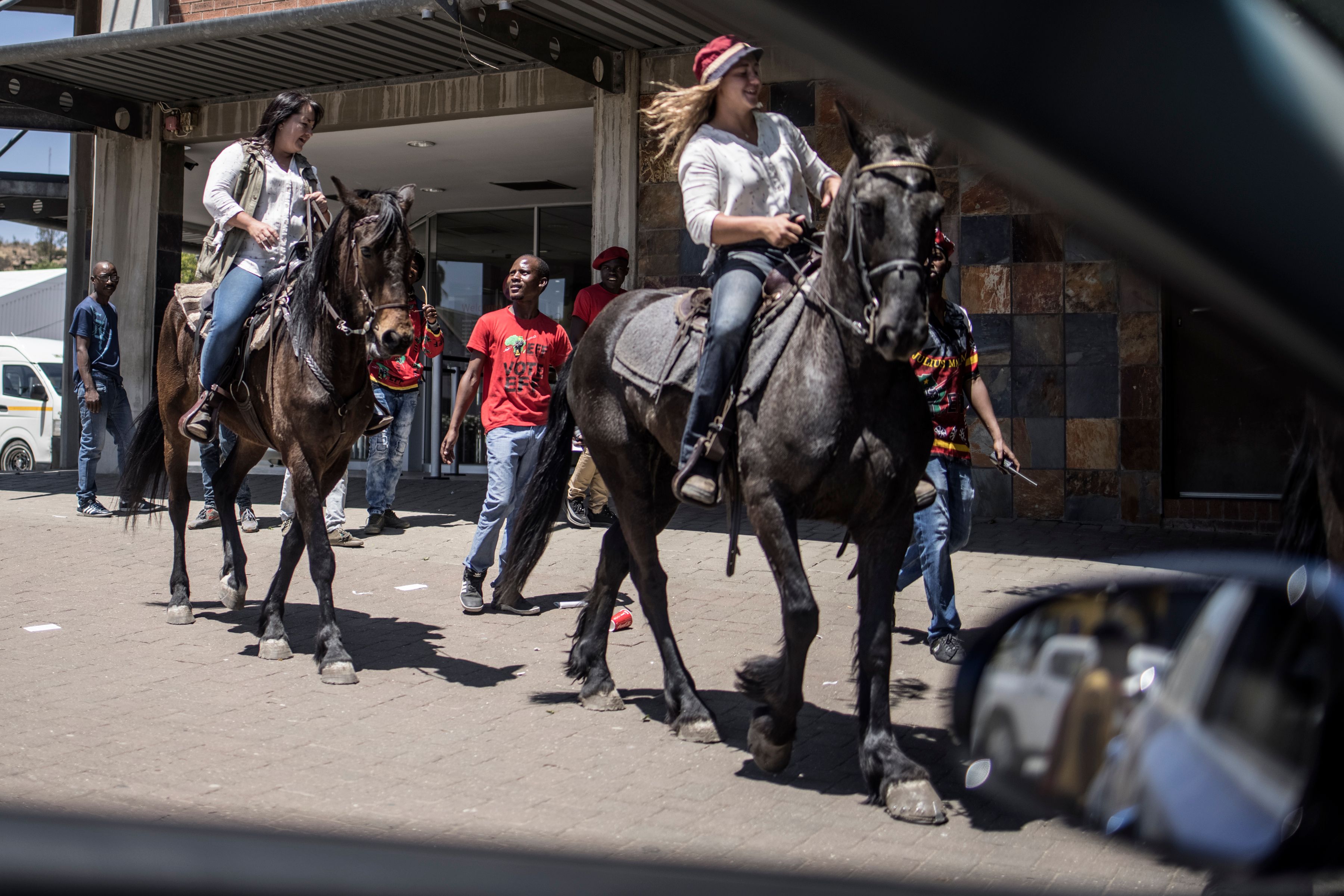 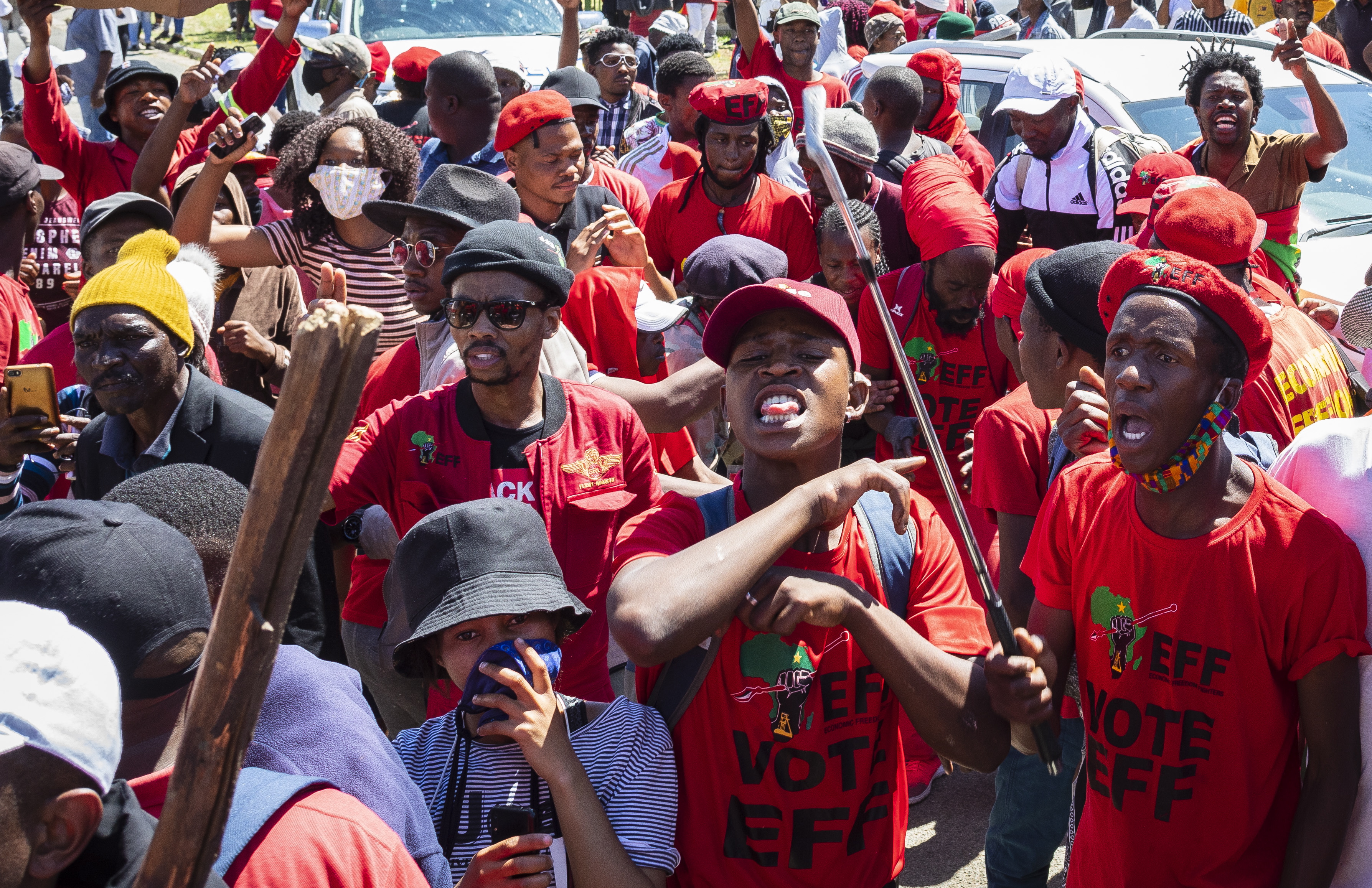 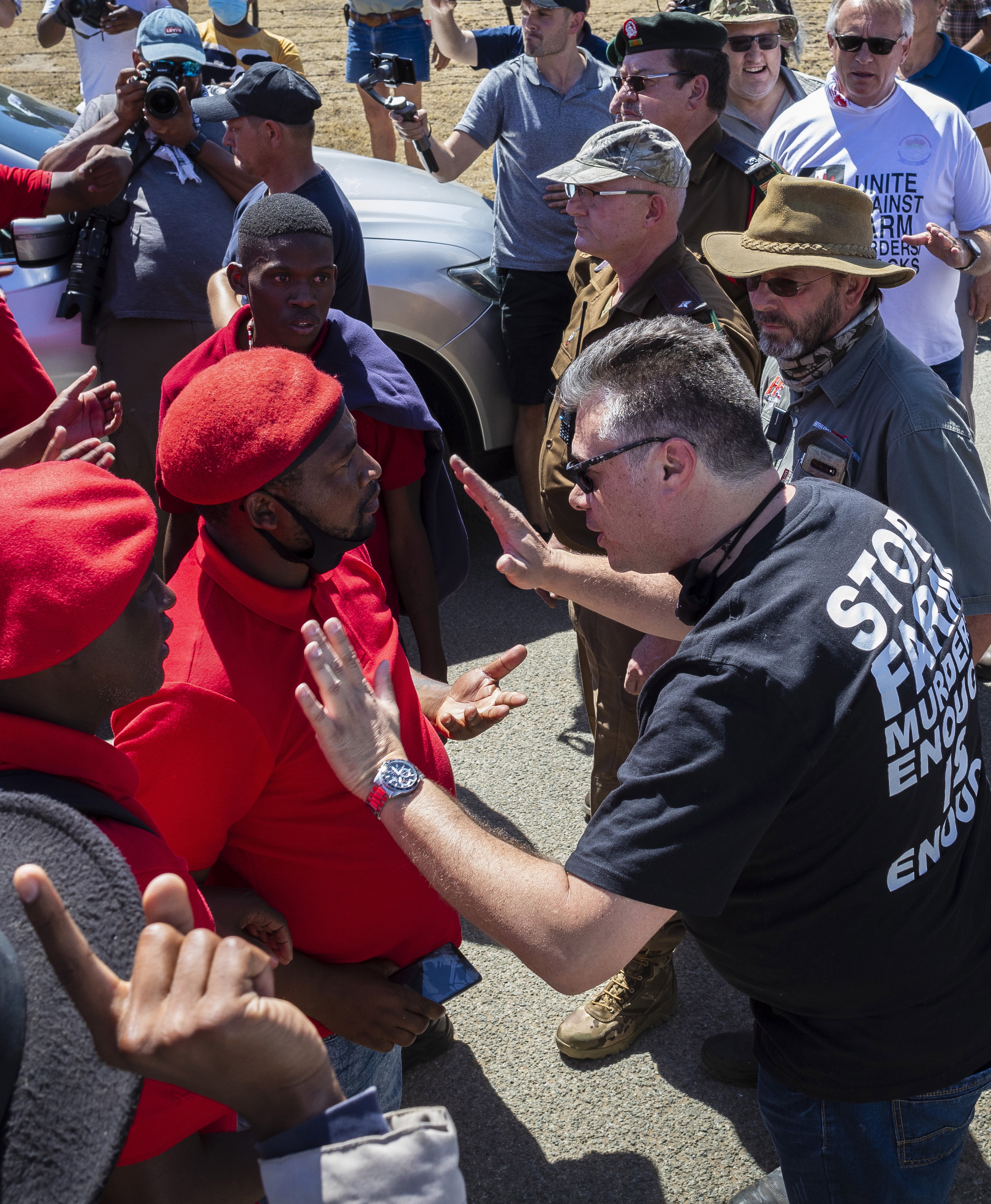 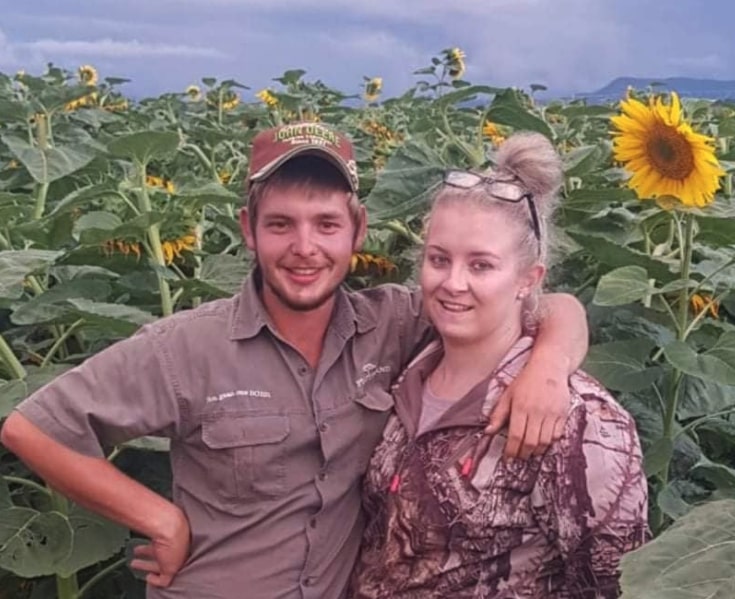 “We are getting tired now of all the farm murders,” said Geoffrey Marais, 30, a white livestock trader from Delmas, where a woman was strangled to death two weeks ago.

“Enough is enough. They must start to prioritise these crimes.”

The killing of Mr Horner has exposed racial divisions and economic inequalities that persist despite the ending of the apartheid system of rule by South Africa’s white minority.

Roughly 70 per cent of privately-owned farmland in South Africa is owned by whites, who make up less than 9 per cent of the country’s population of 58 million.

As well as murders, farmers feel threatened by a government plan to seize their land without compensation to redress injustices suffered by the black population under apartheid.

But the government insists that white farmers are not being targeted, saying the violence is a result of South Africa's high crime rate.

Murders of white farmers make up a small fraction of the total in South Africa, which has the world’s fifth highest murder rate.

In the 2019/20 financial year there were 21,325 murders across the country, of which 49 were white farmers, according to police statistics.