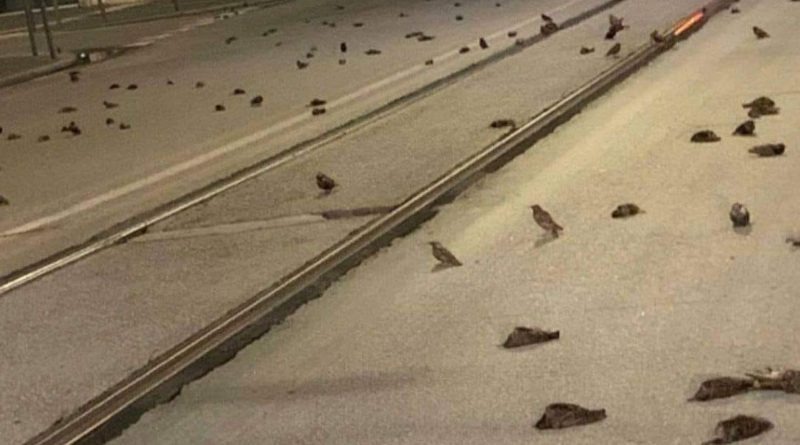 Hundreds of birds have died after fireworks were set off in Rome on New Year’s Eve, animal rights groups have claimed, calling it a “massacre.”

Video footage of the roads near the main train station in the Italian capital showed scores of birds – mostly starlings – dead on the ground.

The reason was not certain, but the International Organisation for the Protection of Animals said it looked likely that firecrackers and fireworks set off in the leafy neighbourhood that many birds use to roost had been the cause. Loredana Diglio, a spokeswoman for the organisation, said: “It can be that they died from fear. They can fly up together and knock against each other, or hit windows or electric power lines. Let’s not forget they can also die of heart attacks.”

The firework display was in breach of a ban by the city of Rome, which was widely ignored. The Italian capital had also imposed a 10pm curfew as part of its virus restrictions.

The Italian branch of IOPA has called for a ban on selling firecrackers and fireworks for personal use, because of the threat to animals.

The RSPB says there is little evidence to suggest that fireworks harm wild birds but says further research is needed to ensure the best course of action for their conservation.

The society advises: “To minimise any adverse impact of fireworks on birds, we urge organisers of firework displays to avoid launching the rockets near to sensitive wildlife areas, such as nature reserves, and nesting and roosting sites for wild birds.”