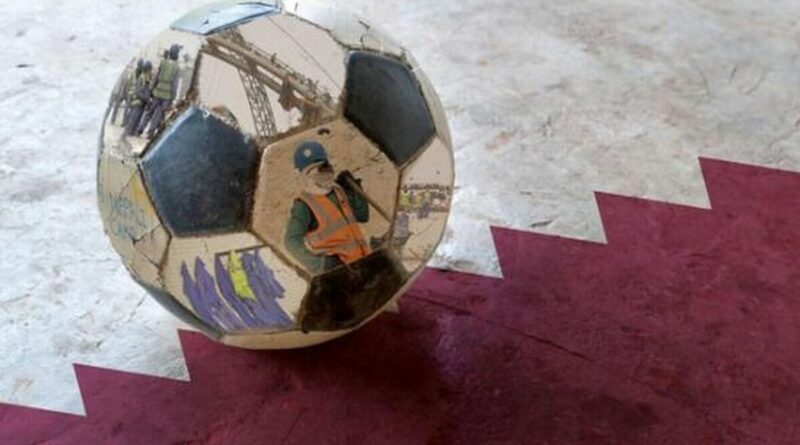 The Qatari official in charge of delivering the 2022 World Cup has admitted hundreds of people died during the construction to build World Cup-related projects. The figure is far higher than what has originally been quoted by Qatari officials who previously claimed that only around 30 people had died due to construction-related injury or illness.

In a TV interview with Piers Morgan on Tuesday, Hassan Al-Thawadi said Qatari figures do not have a precise figure of how many migrant workers died as “a result of what they were doing for the World Cup” but “the estimate is between 400 and 500, I don’t have the exact number”. Since the construction of the stadiums began in 2011, rights groups have sounded the alarm about migrant workers reporting unsafe working conditions. As the building process continued, devastated family members began receiving their loved ones’ remains in coffins. It’s estimated elsewhere that the number of those who died on World Cup 2022 projects is much higher than several hundred, however, it’s impossible to reveal the exact number because the deaths were not investigated at the time. Amnesty and Human Rights Watch estimate several thousand.

Steve Cockburn, Amnesty International’s Head of Economic and Social Justice, said: “The continued debate around the number of workers who have died in the preparation of the World Cup exposes the stark reality that so many bereaved families are still waiting for truth and justice.

“Over the last decade, thousands of workers have returned home in coffins, with no explanation given to their loved ones. Qatar’s extreme heat and gruelling working conditions are likely to have contributed to hundreds of these deaths, but without full investigations, the true scale of lives lost can never be known. Meanwhile, families are suffering the added anguish of severe financial insecurity that comes from losing the main wage earner.

“There is nothing natural about this scale of loss and there can be no excuse for denying families truth, justice and compensation any longer. Until all abuses suffered by migrant workers in Qatar are remedied, the legacy of this World Cup will be severely tarnished by their mistreatment.”

Over the last decade, thousands of workers arrived in Qatar from countries like Nepal, Sri Lanka and Bangladesh. Their aim was to make money on a project that promised secure work for people who were finding it difficult to enter the labour market in their home countries.

Qatar is an oil-rich country with a small population around 88% of which are foreigners. Although Qatar relies heavily on the labour of foreign workers the laws to protect these workers are rarely enforced.

Qatar has dismantled the kafala system which bound migrant workers to their employers but rights groups say despite these reforms migrant labourers still find it difficult to leave abusive employment contracts.

James Lynch founding director of FairSquare Research and Projects said: “Qatar has made some significant changes. In theory, now that the kafala law has been reformed it should be much easier for workers to switch jobs but it still seems to be far too difficult for workers to move in practice.”