A hunter has killed an iconic lone wolf known as Takaya whose epic journey through the backyards of a city to live alone on a Canadian island earned him worldwide fame.

Takaya, whose name means ‘wolf’ to the indigenous Songhees people, was the subject of a BBC documentary last year, and was followed for his peculiar hermit-like behaviour.

Before he was killed by a hunter last Tuesday, the wolf lived alone on Discovery Island in British Columbia for eight years, and was followed for six of them by wildlife photographer Cheryl Alexander. 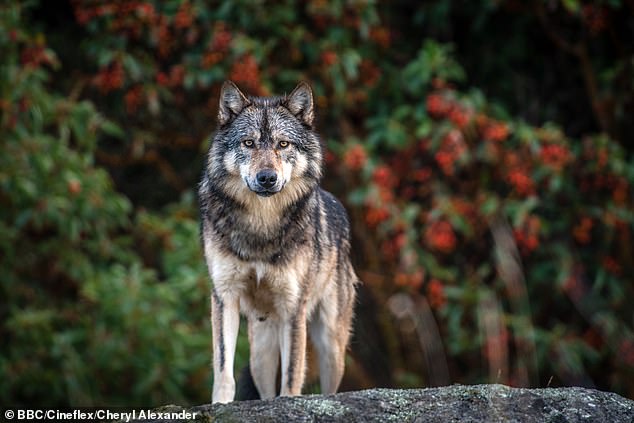 Pictured: An undated front-facing shot of Takaya who roamed a remote island off the coast of British Columbia, Canada. Takaya was shot and killed by a hunter on Discovery Island last Tuesday

‘It’s a combination of intense rage and also just intense sorrow,’ Alexander said, according to the Times. ‘It is a huge loss.’

Takaya piqued the world’s interest for his unique survivalist behaviour, journeying through cities and swimming two miles to reach the picturesque Discovery Island, just off the coast of Oak Bay in Victoria.

On his epic journey, the wolf bedded down in the backyards of homes on Vancouver Island and evaded police as he wandered through the British Columbia’s capital.

Once settled on the island, he appears to have picked up techniques of sea birds, digging out prey from wells he had dug.

He was a rare species of canine known as the sea wolf, which thrive in coastal environments, living off salmon and shellfish rather than larger mammals like deer.

Sea wolves are pack animals but Takaya appeared to be content with his self-isolation.

In the months before his death, the wolf ventured out from seclusion on the island to find a mate, but was shot with a tranquiliser after two days of wandering through the city of Victoria. 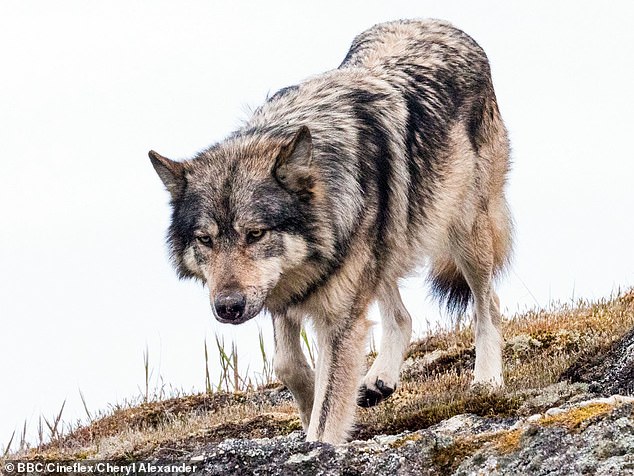 Pictured: Undated photo of Takaya. Takaya piqued the world’s interest for his unique survivalist behaviour, journeying through cities and swimming two miles to reach the picturesque Discovery Island, just off the coast of Oak Bay in Victoria

Police moved the creature to Vancouver Island, where he was killed by a hunter last Tuesday.

The agency said they decided not to return the wolf to his home on Discovery Island as he may have left again to search for food.

‘The senseless trophy killing of Takaya, the iconic “lone wolf” made famous by his stay on Discovery Island, once again brings to the fore the full-spectrum persecution of Canis lupus in British Columbia,” Chris Genovali, executive director of Raincoast Conservation Foundation (RCF), told Canada’s National Post.

The foundation added that an estimated 1,200 wolves are killed for sport each year.

On Sunday, thousands of Takaya’s fans were to send the iconic lone wolf off with a collective howl.

Your Saskatchewan photo of the day: June 2020

Julian Assange is suffering from 'respiratory problems' in prison
Travel