The category 2 storm is expected to bring heavy rains and damaging winds to the state which has been bombarded with hurricanes this season. Zeta is the second storm to strike the state this year. 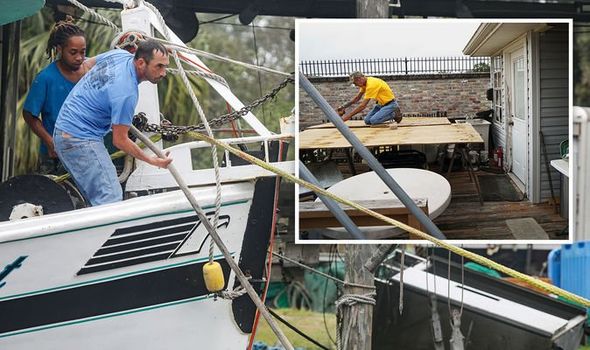 Philip Klotzbach, a research scientists at Colorado State University, said the prior record of four was set in 2002.

According to New York Times, the hurricane made landfall near Cocodrie and was about 65 miles south-southwest of New Orleans today.

It is reported the storm was moving at a staggering 24 miles per hour with maximum sustained winds of 110mph.

Earlier today, a hurricane warning was issued along the coast of Morgan City to the Mississippi-Alabama order as well as the metropolitan New Orleans area.

The hurricane was expected to make a second landfall along the Mississippi coast tonight and then move towards the south-eastern and eastern US.

Up to six inches of rain is expected to fall in some locations.

Officials in New Orleans sent warnings to residents to take precautions in anticipation of the storm.

At around 2am this morning, the Lower Mississippi River and the Port of New Orleans were both closed to ships and vessels.