‘It’s me or the dogs!’: Fed-up husband leaves animal-loving wife of 25 years after demanding she chose HIM over her hoard of THIRTY rescue dogs

A fed-up husband has left his animal-loving wife of a quarter of a century after he gave her an ultimatum which backfired.

Mike Haslam, 53, asked wife Liz to choose him over her hoard for 30 rescue dogs.

But Mrs Haslam, 49, wasn’t willing to compromise and says she’s now happier than ever after he walked out.

The mother-of-one said: ‘My husband said it is me or the dogs. I haven’t seen or heard from him since. 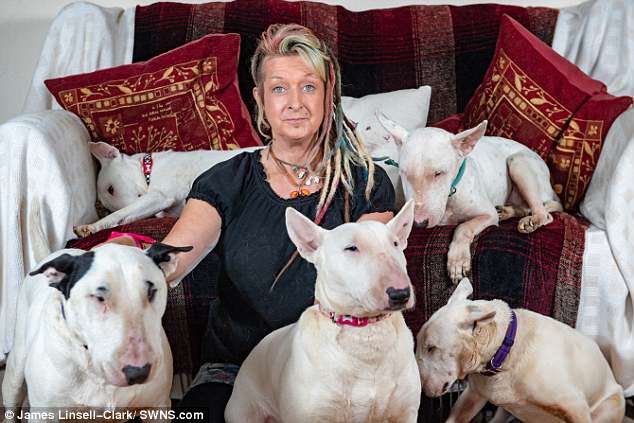 Committed: Liz Haslam, pictured above with five of her thirty bull terriers, chose her hoard of dogs over her husband of 25 years

She said: ‘I thought after 25 years, he should know giving up the dogs was not what my intentions were.

‘He just got to the point where he had enough and he wanted to slow down.

‘But I wasn’t prepared to give it all up. So he decided to go, and obviously that was his choice.’

The couple met when Liz was 16 and left home to move in with him when she finished school. 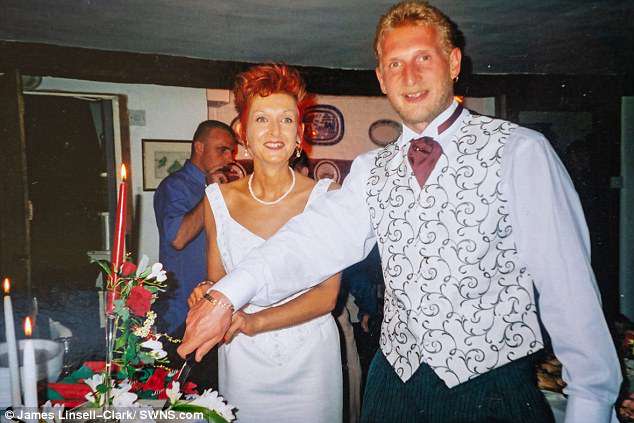 In happier times: Liz and Mike, pictured above on their wedding day, have gone their separate ways after 25 years 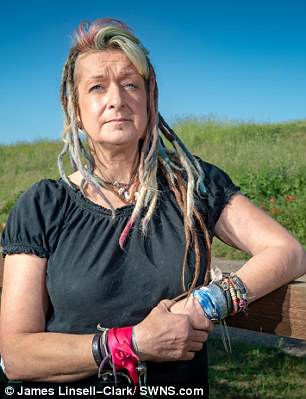 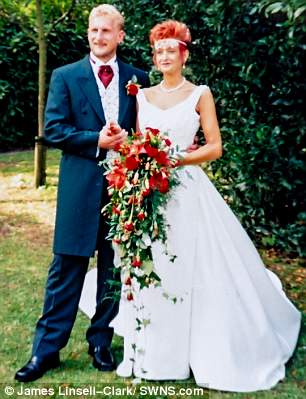 Moving on: Mrs Haslam said the high demands from the animals pushed husband Mike down the pecking order

Mrs Haslam grew up with dogs for most of her life as her mother bred West Highland Terriers and her father owned an animal food business.

So when the couple moved into a two-bedroom farmhouse in Barnham, Suffolk, with half an acre of land seven years ago, she decided to start a boarding kennel business.

She then also founded BedforBullies – which rescues Bull Terrier dogs – which is when she began fostering dozens of pooches.

But the high demands animals pushed Mike down the pecking order and it wasn’t long before he’d ‘had enough’.

Mrs Haslam said: ‘We just drifted more and more apart. He was heavily into his work and it left me with nothing to do. I didn’t want to be a work widow so I buried myself in my dogs.

‘He knew from the moment that we got together what I was all about. I don’t know what he expected.

‘He told me he was going and had sorted out some other accommodation so he packed his bags and went.

‘Before we split up he kept saying ‘I do not want to be doing this, I want to get a passport and go away’.

‘I said that isn’t going to happen so we might as well go our separate ways, which we did.

Mrs Haslam said her husband felt the relationship had become evolved around the dogs – which all have behavioural and medical problems and are not able to be re-homed.

But 18 months on from the split, Liz says she and Mike have had no further contact, despite still being married.

‘My son’s grown up and is old enough to look after himself,’ she said.

‘ If I hadn’t buried myself in it I would have just been sitting at home twiddling my thumbs and that’s really not me.

‘My passion for dogs was far too great for Mike.

‘He decided that it would be nice to do more other things in life.

‘He felt as though he wanted his own life back but I said it is too much of a passion of mine to give up. 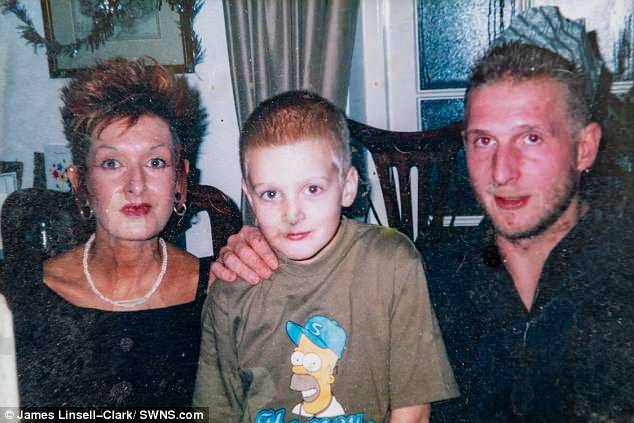 Mrs Haslam, who also owns a parrot and macaw, has revealed since the split she continues to take in more dogs and and is even looking after a homeless man 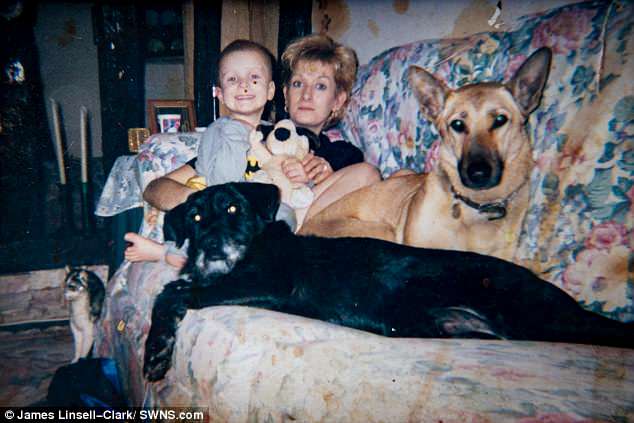 Out of the 30 rescue dogs at least 15 of them have demanding needs. All are bull terriers and she has names for each one

‘It just got to the point where he was fed up with the dogs and wanted to slow down but that wasn’t my intention.’

Mrs Haslam, who also owns a parrot and macaw, has revealed since the split she continues to take in more dogs and and is even looking after a homeless man.

‘And I can’t just turn around and say I am not going to do it anymore, it is my responsibility, I took the dogs in I can’t just stop.

They are rescue dogs which cannot be re-homed.

‘I have taken them in to look after them, I save dogs from all around the world that have been shot and badly injured.’

Out of the 30 rescue dogs at least 15 of them have demanding needs. All are pitbull terriers and she has names for each one. 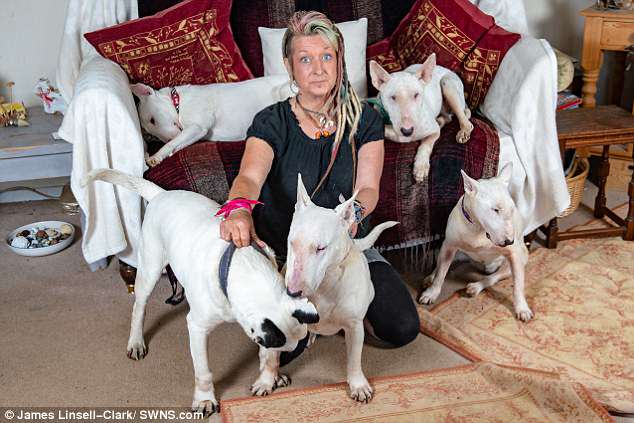 Mrs Haslam has taken in around two hundred rescue dogs over the years, as well as keeping holiday dogs that pay her a wage to cover her rent and bills

Five are deaf, two have one eye, three are ex-fighting dogs, four suffer from defects and one has brain damage.

Mrs Haslam has taken in around two hundred rescue dogs over the years, as well as keeping holiday dogs that pay her a wage to cover her rent and bills.

BedforBullies is a charity ‘which purely relies on donations’ and takes on dogs that other rescues won’t.

They foster bull terriers all over the country as well with a network of volunteers transporting and raising awareness for help.

She spends around 18 hours of her day looking after the dogs as she walks them four times a day and spends hundreds of pounds every month on their medication and other treatments.

Her kennel business is successful but only has seven spaces to let out and it doesn’t cover all of her costs.

But she is adamant she couldn’t be happier – despite her landlord now insisting she must move out of the property within a year.

Mrs Haslam said: ‘I have re-homed so many dogs and now I am looking for a home.